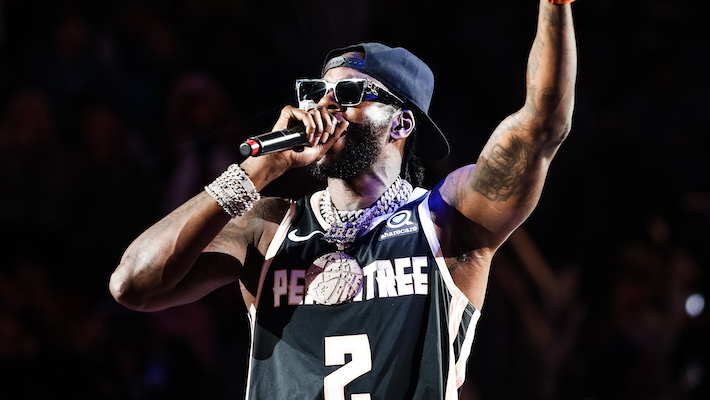 Atlanta rap icon 2 Chainz is set to release his sixth solo album So Help Me God this Friday after a handful of delays but fans of the “I’m Different” rapper will be able to check out several of its songs early — provided they’ve also got a copy of NBA 2K21 handy. The latest iteration of the premiere pro basketball video game franchise will host an in-game music experience on November 12 giving first access to five new 2 Chainz tracks for 24 hours ahead of the album’s release.

In the press release, 2 Chainz again highlighted the connection between hip-hop, sports, and video games. “I’m always looking at new ways to drop new music and connect with my fans,” he explained. Premiering my music in NBA 2K21 is an incredible, exciting opportunity. Music and sports go hand in hand, rappers wanna be athletes and athletes want to be rappers. 2K has grown into a leading music platform and we wanted to bring the NBA 2K community these hits to ball out to in The City or at the 2K Beach.”

Chainz has already released a pair of singles for the album with high-profile features: The Lil Wayne-accompanied “Money Maker” and the Mulatto collaboration “Quarantine Thick.” Check out his exclusive preview of new songs beginning 12:00 am on November 12. NBA 2K21 is out November 10 for Xbox Series X and Xbox Series S and November 12 for PlayStation 5. The soundtrack is out on Spotify.