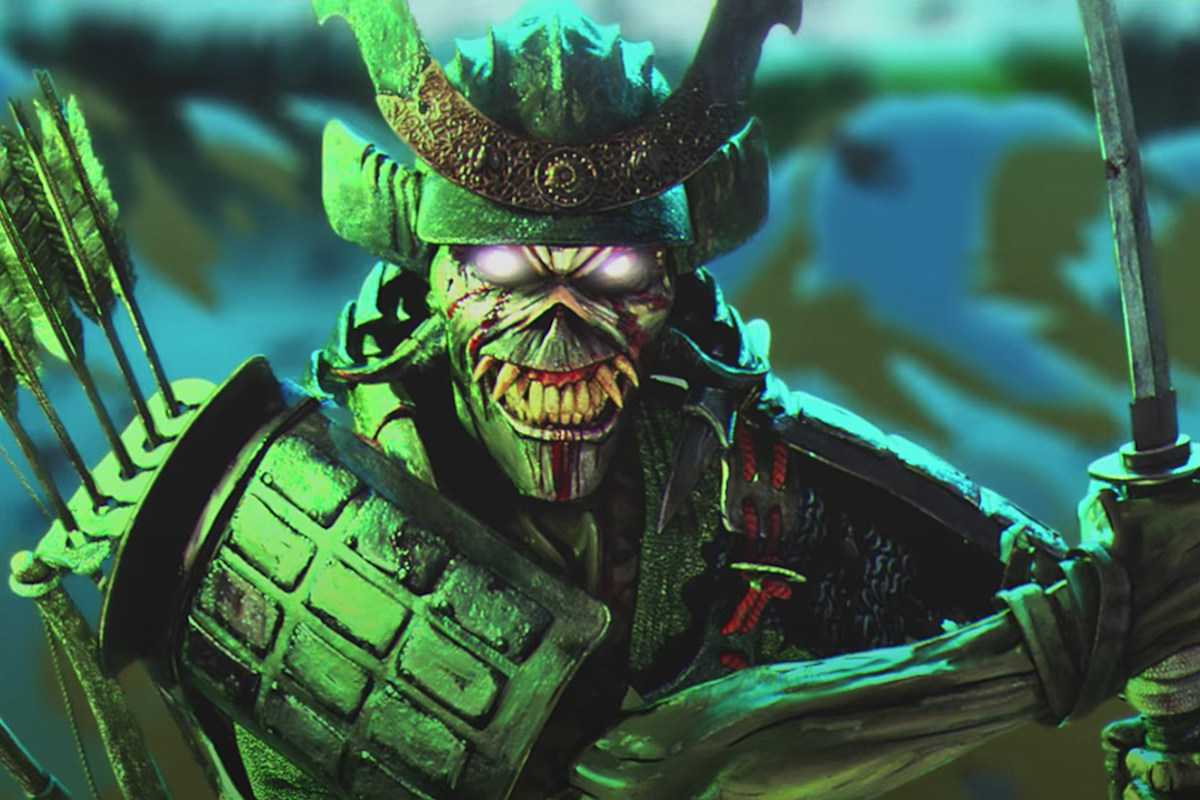 After a long, long teaser campaign, heavy metal legends Iron Maiden finally unveiled their new song, “The Writing on the Wall,” alongside an animated music video that is loaded with easter eggs — and we’ve rounded up 21 of them.

In the video, mysterious, black-cloaked riders traverse a desert setting on motorcycles, fast approaching a distant tower that has been the focal point of the cryptic ‘Belshazzar’s Feast’ seen in the lead-up campaign. Along the ay, these figures encounter some hallmarks of the band’s history, such as the Cart and Horses Pub, the venue that hosted Maiden’s very first lineup at a 1976 show.

The four riders, most likely signifying the Four Horsemen of the Apocalypse are clearly on a mission. Their adversary is an overweight political figure who first rides in a convertible that boasts upside down American flags devoid of the 50 stars that signify the country’s unity (we’re not naming any names here…), surrounded by people who are clearly in a state of suffering.

The license plate, as we later see, is labeled ‘Pres 1’ and the American flags are restored, stars and all, right side-up, once the riders vanquish their foe and Eddie claims the vehicle for himself.

The setting is quite dystopian and the song’s title suggests that perhaps this political leader should have seen what was coming next and that his end was inevitable.

In the photos below, we’ve provided timestamps that indicate at which parts the 21 Easter eggs were spotted. See them all below and be sure to let us know if there’s anything we missed. Up the irons!

Iron Maiden, “The Writing on the Wall” Music Video

There’s less than a third of Iron Maiden’s total catalog that has never been played live.