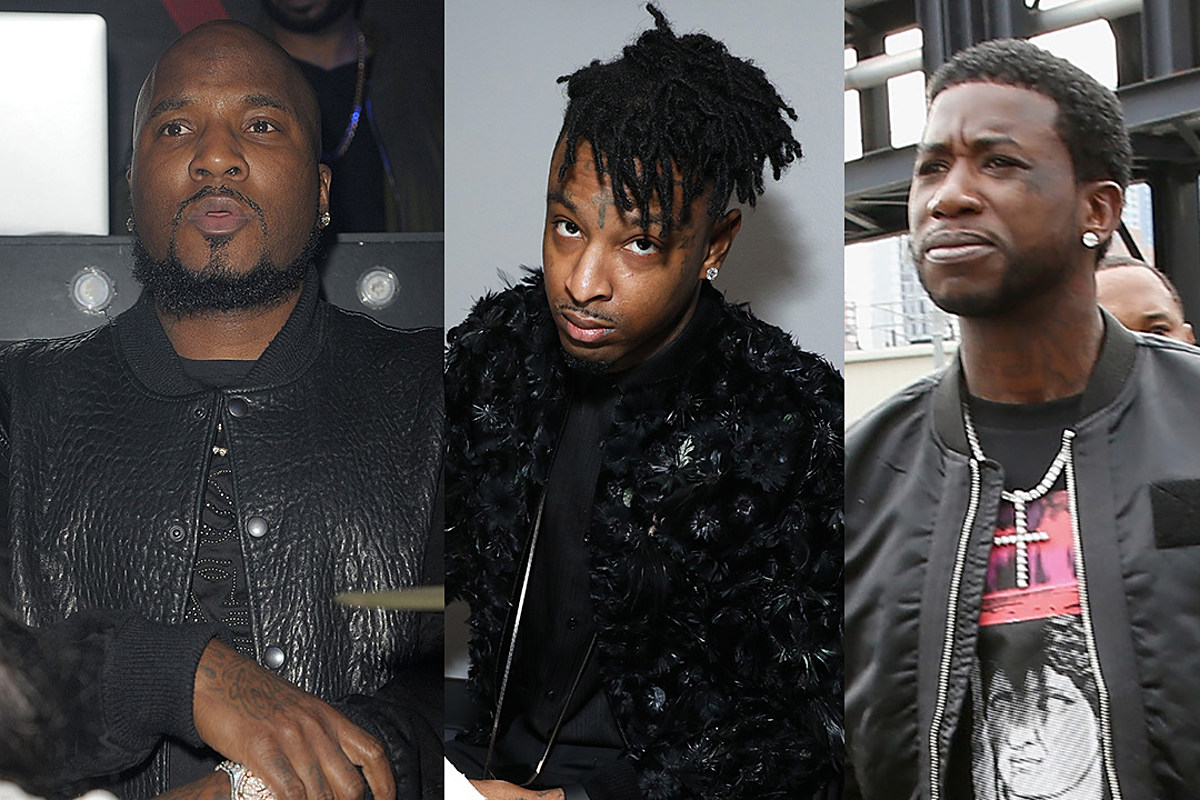 21 Savage has clearly picked a side in the Verzuz battle between Jeezy and Gucci Mane.

On Thursday (Nov. 19), just like the other 1.8 million rap fans who tuned in to the Verzuz official Instagram page to see the carnage between the two Georgia-bred rivals unfold, 21 Savage showed up to the Instagram Live party. He crowned Gucci the winner before the battle was even over. The 28-year-old rapper showed up for the fellow Zone 6 rhymer, and threw some slight shade at Jeezy in the process.

In an IG Live 21 filmed of himself and his friends watching the pay-per-view-esque championship battle, the Savage Mode 2 artist rapped Gucci’s Jeezy diss “Truth” bar for bar. As the night progressed, Savage continued to rap the unsubtle Jeezy diss tracks by Gucci for his social media followers.

“Truth” was released in October of 2012, and takes violent aim at Jeezy’s livelihood, labels him a bad father, among other unsavory comments about the Georgia legend. Gucci even went as far as to reference the 2005 killing of Pookie Loc. Pookie was a friend of Jeezy’s and was signed to his Corporate Thugz Entertainment (CTE) World record label before his death. According to reports, Pookie was killed during a planned home invasion against Gucci, who killed Pookie in self-defense. Gucci Man served time in jail, but prosecutors later dropped charges the following year because of a lack of evidence.

Last night during the Verzuz battle, the Trap God took a shot at the death of Pookie Loc, saying, “I put him in the dirt” after playing his track “Truth.”

While Savage has clearly picked a side in the Jeezy versus Gucci debate, it’s unclear where his issue with the Snowman stems from.

These Rappers Claim They’re Better Than Another Artist, You Be the Judge

The next Uluru: Fears iconic Mount Warning could be shut to climbers