3 bets BMW is making to evolve for the future 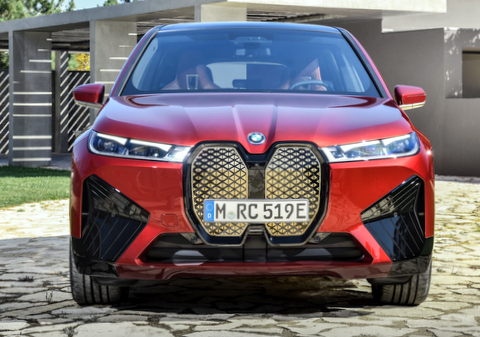 This article was originally published by Michael Coates on Clean Fleet Report, a publication that gives its readers the information they need to move to cars and trucks with best fuel economy, including electric cars, fuel cells, plug-in hybrids, hybrids and advanced diesel and gasoline engines.

Survival for an automotive company in the 21st century appears to be centered on two interrelated critical paths—forging profitable alliances with other automakers and developing new zero-emission products. This past week German automaker BMW made announcements touching on both areas:

BMW is not one of the world’s larger automakers so entering into alliances either to share components or jointly develop vehicles makes financial sense. It’s engineering expertise and strong owner loyalty gave the company a strong bargaining position in the Toyota sports car deal. Conversely, the high development costs for the still-small fuel cell vehicle market make the pairing a smart move for both. Zipse said he expected the BMW-Toyota alliance would last beyond its current termination date of 2025.

Similar moves have been made by other companies, mostly notably the GM-Honda alliance on electric and autonomous cars. In recent years Daimler and Infiniti jointly developed vehicles. The older and larger Nissan-Renault-Mitsubishi alliance was aimed at cutting costs by sharing supply chain efficiencies and other costs.

Like advanced technologies such as fuel cell electric vehicles or autonomous vehicles, the concept of selling mobility services is one that promises great future potential, but also presents an expensive time of ramp up before it becomes a viable contributor to the bottom line of an auto company. In addition, it the elements of the mobility service business are new ones for an auto company, adding to the initial costs.

BMW and Daimler both shut down much of their individual car sharing businesses (Drive Now for BMW and Car2Go for Daimler) and opted to put together a joint venture, Free Now, to build a mobility service business. Zipse told Reuters that his company was “weighing options” with the joint venture, which could include bringing in new partners or possibly even selling it. But he added that BMW intends to continue to be active in the mobility services market. Germany’s Manager Magazin reported that Uber Technologies Ltd. had offered one billion euros for the venture.

BMW is retaining the “i” designation for its electric models, but the first generation models, i3 and i8, are being left behind for a new series previewed two years ago with the iNext model. The first of the new generation of EVs is the iX, a midsize SUV similar in size to the X5 and X6 in the current lineup. The new model is an all-electric “sport activity vehicle” in BMW’s nomenclature.

The key attributes of the iX are an estimated 300-mile range and a 500-horsepower rating from two electric motors. BMW promises 0-60 acceleration in under five seconds and a fast-charging capability of adding more than 75 miles of range in 10 minutes.

The exterior boasts “minimalist elegance,” which translates into an unadorned exterior with slightly smoother lines than the current X5. Minimalist does not appear to apply to the kidney grille, which continues to grow even though on an EV it is purely decorative. BMW is now using it to house camera, radar and other sensor technology.

Inside the iX will feature a large, floating curved display, along with an array of the latest technology. BMW calls it a Sky Lounge, although there’s been no indication that it will feature either an aviation option or full automation so the driver can truly lounge.