4 ways to respond to vaccine skeptics on social media 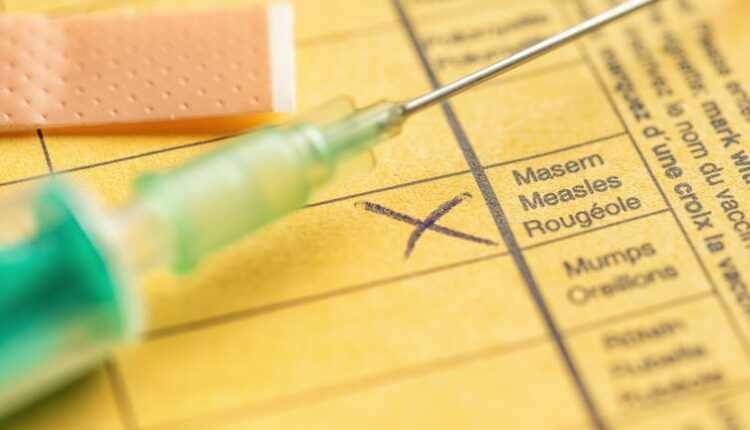 For most of the 20th century, more than 60,000 people died in the US from polio, diphtheria, and small pox each year. In 2016, the American death toll from these diseases was zero. Around the globe, two to three million deaths from these diseases and others, including measles, rubella, and tetanus, are prevented each year.

These remarkable statistics are a triumph of medicine and the single most effective public health measure in history: global vaccination programs.

COVID-19, after the most rapid and sustained vaccine development program in history, now looks set to be joining this list of fatal diseases that can be easily prevented with a jab or two. The disease that has killed an estimated 1.3 million people (and rising), may have had its day. Sadly, there’s a lot of misinformation surrounding vaccinations, threatening the success of inoculation programmes.

So what can you do to protect yourself against misinformation and challenge it in conversation with others?

1. Understand who you are talking to

Let’s not forget that the majority of people are happy to receive a COVID-19 vaccine (64%, according to a recent study). Only a small minority (9%) have no intention of getting vaccinated. If you enter into a debate about vaccination it may well be with someone who falls into this latter group. You are very unlikely to change the minds of these vaccine refusers, so the main audience for your arguments is actually the rest of any onlooking group – and particularly the 27% who are hesitant about vaccination.

[Read: Why this security engineer loves working in infosec]

The point of your discussion is to empower the members of the audience with knowledge and arguments. To do so, it’s important to find common ground and “bond” with whoever you are talking to, rather than just lecturing them.

There are numerous examples of misinformation “sticking” in our individual and social memories, despite repeated attempts to dislodge it – such as the false “fact” that humans have just five senses. Rather than fighting false facts, the better option is to enable people to spot misinformation before it percolates through society and becomes “endemic” as accepted truth.

The Debunking Handbook 2020 advocates triggering a mental “immune response” to fake news. To do so we need pre-emptive exposure to weakened versions of the manipulative strategies used by peddlers of false facts. In so doing we can inoculate against, or “prebunk,” the misinformation.

For example, once you realize that some social media users, publications and other bodies can have hidden agendas and may therefore misrepresent studies and cherry-pick information, you are better placed to assess the facts for yourself. Indeed, the tobacco and oil industries rolled out “fake experts” to create doubt that smoking causes cancers and CO₂ emissions affect our climate, respectively.

In my opinion, the excellent BBC Radio 4 program “More or Less” is a particularly good mental vaccine against misinformation.

In the midst of a debate it is probably too late to deploy any prebunking tactics. But be careful about launching into a myth-busting monologue. Simply repeating untruths risks making them stick in our memories, so instead focus your talking points on the positive outcomes of vaccinations (like the facts at the top of this article). Don’t be the first person to mention the myth.

But if in the course of the conversation some misinformation does get a mention you will need to call it out. Let’s imagine you are in the midst of a debate about COVID-19 and someone makes the claim that the 5G network is the real cause of the disease. The key to getting this debunking right is limiting how often the lie gets a mention and making the truth more sticky than the myth. Here’s how to go about it.

a) Start by stating the truth in a clear, concise way. Don’t launch into a long explanation, instead imagine you are writing a headline.

COVID-19 is spread in droplets generated when people exhale, particularly when they cough, sneeze, or shout.

b) Point out the misinformation, and be clear that it is a myth.

The mobile network is basically a series of radio transmitters, and viruses can’t travel by radio waves.

c) Explain why the myth is wrong. You might point out some science that refutes the myth, and call out the flaws in the argument.

Besides, the COVID-19 virus has spread throughout countries, like Iran for example, that have no 5G network.

That said, facts alone will only go so far. The words we use are also important, they conjure up imagery that affect our response to the information we are being presented with. Consider “herds” and “communities”. Which of these would you like to be part of? Most people would say “communities.” So if you’re encouraging someone to get vaccinated, you may want to talk about their contribution to community immunity, rather than herd immunity.

Another important technique is storytelling, which can be much more effective than facts. Stories link cause and effect, making the conclusions that you want to present seem almost inevitable. For example, you may want to tell anti-vaxxers about a relative whose life was saved by a vaccine at a time when it wasn’t available to everyone.

Or you may, like the UK’s deputy chief medical officer, Jonathan Van Tam, want to stress that you have encouraged your own mother to take the vaccine, rather than just saying the elderly should take it.

This article is republished from The Conversation by Mark Lorch, Professor of Science Communication and Chemistry, University of Hull under a Creative Commons license. Read the original article.

‘I Regret It’: Snooki Just Apologized To Angelina For That Jersey Shore…