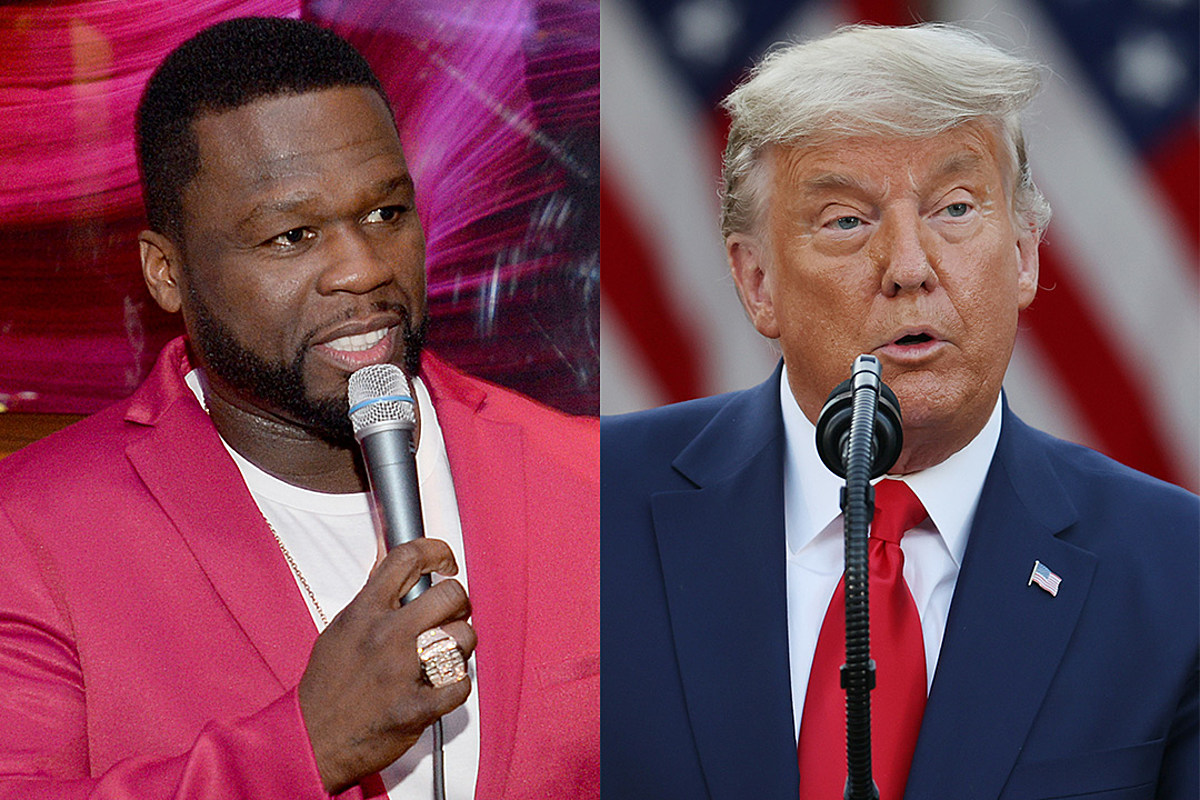 Despite 50 Cent‘s issues with Joe Biden’s tax plan, 50 realizes that all money isn’t good money and admits to refusing a big-money offer from the Trump administration.

On Tuesday (Nov. 17), during an interview with Power 105.1’s The Breakfast Club, 50 Cent explained how the Trump administration made him a seven-figure offer to show up at Trump’s inauguration, if he was re-elected as the President of the United States.

“I feel more comfortable having this conversation with y’all because of what the show is,” 50 began. “I come to y’all to talk about them, offering me a million dollars to come to Trump’s inauguration, right? I passed on it.”

As the conversation continued, co-host DJ Envy asked Fif if the Trump administration offered him $1 million to make an appearance at the inauguration. 50 then explained that negotiations progressed from six figures to a seven-figure amount before he eventually turned down the request. “$500,000, and then it went up to $1 million while I was still confused with whether I should do,” the MC stated.

During the discussion, 50 Cent clarified why it took him a while to decide if he would publicly back President Trump. The Queens-bred rapper realized early on that Trump’s efforts to connect with rappers like himself was an attempt to win the Black vote.

“For the same reasons you see now, he participated with different artists and shit like that for the Black vote… And I’m going, ‘Nah, I ain’t gone put myself in that position ‘cause I didn’t know what I was got to do to recover from it, right?’ To be honest with you.”

50 went on to discuss his Instagram post, in which he appeared to show support for Donald Trump while criticizing now-President-elect Joe Biden’s tax plan.

“Later when you see, I’m watching the news called CNBC… Biden’s tax plan is 62 percent,” he said. “I go, ‘Oh, yo. I missed that part. They never talked about that in the debates.’ See, it’s because COVID is such an issue, it overshadowed everything else in his plan. This is why the following day my Instagram post puts me on the cover of the newspaper. Right? Because if it’s not on topic, that’s not gonna happen. They’re not gonna be on the cover of the newspaper.”

Last month, Fif was a hot topic after people thought he was supporting Trump’s re-election due to Biden’s proposed tax plan that would increase taxes for residents in New York State, New York City, New Jersey and California. Taxpayers making over $400,000 a year would be impacted by the tax increase.

50 Cent spoke on Lil Wayne’s support for Trump as well, saying that Weezy likely received a check for meeting with the current Commander in Chief.

This isn’t the first time Fif has made a similar claim about the Trump administration. Back in 2017, the 45-year-old rapper suggested President Trump offered him $500,000 for an appearance during his campaign.

Rappers like Lil Pump, Ice Cube and Lil Wayne have received a lot of flak from their peers in hip-hop for aligning themselves with President Trump. 50 Cent saw his own share of backlash from his ex-girlfriend Chelsea Handler after claiming he would be voting for Trump after learning about Biden’s plans to tax the rich.

Watch 50 Cent’s full interview with The Breakfast Club below. His discussion about Trump offering him $1 million starts at the 37:35-mark.

Taylor Swift Has Begun Re-Recording Her Old Songs: ‘I Have Plenty Of Surprises In Store’