A Final Conversation With King Von 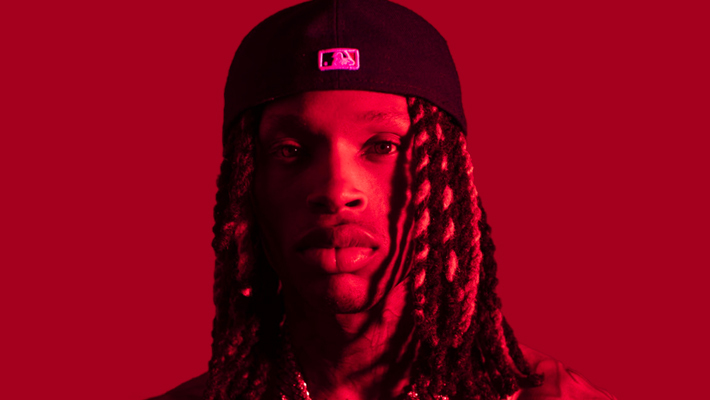 News of King Von being murdered in Atlanta recently at just 26 years old hit hip-hop like a ton of bricks. King Von’s art imitated his real life and made him one of the most prolific storytellers of his generation. After releasing two full-length projects in 2020, Levon James and Welcome To O Block, Von was perfectly positioned to become one of the genre’s biggest stars within the next year. All that was cut short, leaving behind only the potential — and his existing work.

His Shakespearian tales afforded him the chance to navigate the possibility of living life beyond what he grew up knowing. Listening to his music is like pressing play on an audiobook in rap form over dramatic production. With his “Crazy Story” series, the rapper born Dayvon Daquan Bennett was able to naturally tap into a talent that allowed him to express what was going on where he was from in Chicago — Parkway Garden Homes aka O Block — through non-fiction raps.

Just days before he was killed, I met up with him at a studio in Hollywood to chop it up about Welcome To O Block. Devastated beyond belief, I sat in denial for at least 24 hours after learning of his passing, quickly scrolling past any indication that he was really gone. The rapper that I championed to anyone who would listen to me about his “Crazy Story” raps, the artist who I went hard for and believed would be one of the greatest of this generation, was gone. His potential to become something greater than his circumstance was evident. This young man from Chicago who spit captivating cinematic, storytelling raps with precision had the talent to go beyond the music and I was excited, as I am sure many others were, to see where that would land him.

The day I met up with him, a banger with Polo G titled “How I Rock,” just leaked and I wanted to know more. “Yeah, that’s not on the album,” he said slyly. “They’re looking for it, though. They waiting on it.” Welcome To O Block would end up featuring “The Code” with Polo G instead, but Von didn’t mind the leaks. “It be cool though, because it still going to hit the same when I drop it,” he said. “And put a hard video with it or something. It’s cool, you know.”

In what is one of King Von’s final interviews, we talked more about the creation of his storytelling, music videos, what Chicago rap legends he’d put in a Verzuz battle, and more.

Shit, well, O Block, that’s a housing project on 64th Kings Drive, 64th, 65th where I was living. It’s low income. Single mothers over there with they kids. You know how that shit goes. Poverty and shit. Violence.

How long did you live there?

How did your mom feel about that?

She was sad. She had to move my grandma into her house. Locked up, I couldn’t do shit. I was pretty young. She was mad as hell. She was sad because I was in jail, but she was mad because now they trying to kick me out, and you in jail.

With that being said, your music is a little violent, a little introspective, always with crazy storytelling.

Who do you make music for?

People that grow up in Parkway with single mothers. You know, that Section 8 shit. Grow up around there, with drug dealers around. People that grew up in shit like that and fucked up predicaments. It’s a lot of people. And then people, just as entertainment, and shit, I guess. The suburban kids. Everybody who fuck with the music, man.

Whenever I tell people about King Von, I show them the “Crazy Story” music videos. What was the beginning of that?

The whole song wasn’t done when I first recorded it. I had the majority of it wrote, or at least half of it. Then I played it back and I keep going into this story but I ain’t know I was making a whole story, until after it was done. At the end of the video, I put “to be continued” and I wasn’t even planning on making a second, but it was so good, I then make a sequel to it. Durk did a remix and thought I might even make another one to this.

How many of these are you going to do?

Probably two more. I’m going to do some more series, though. I got “Wayne Story” on the album. I’m going to make a second one and a third one. It’s a story about a shorty and he just grew up bad. He started young. He trying to hit a lick. He tries to go rob a guy named Wayne. Wayne sees him trying to rob him and they get in a shootout. The boy gets away, but Wayne ends up killing the boy’s cousin. It’s just crazy.

That is crazy. How much fun do you have making the music videos? Would you consider acting as a career?

It be fun when you putting together the ideas but then when it’s time to make it, I be mad as hell, that I put together all this. It’s tiring, man. We would get it out in one day. Sometimes it would drag over to the next day, if that was the plan, but if it was that day, we would just punch the hours in. We out five o’clock in the morning damn near.

Speaking about the stories that you have, where does the inspiration come from?

It’s really just me making everything up. My imagination is decent. I know how to just think of shit. I just come up with what type of story I would want to start off with. Fucking somebody or fixing to rob somebody? What’s his name? Who you fixing to rob? What he rob him for? You see what I’m saying? Then I just put it together.

On your album, what song means the most to you?

“Demon” the most emotional song on that motherfucker, because I harmonized, I’m talking about my homies that passed away. “Demon,” that’s one of them for sure.

Do you read a lot of books?

I read a lot of books when I was in jail. I read a lot in jail because I had a lot of time, and a lot of books, so I read a lot. I don’t got a lot of time on my hands, lately. I’ve been on the go. I’ve got some books on the phone. I try to read them when I’m in the bed. You know them days you wake up, and you just know you ain’t got nothing to do right away, so you’ll be laying around. I try to read on the phone. I used to be doing it heavy in jail. Like, every day, all day, just reading, reading, reading. Every time I lock up in the cell, I make time to read.

What type of books were you reading?

It depends on where I was at. It’s hard to get books in the hole and when you’re in trouble so I got to read whatever is laying around. When I was doing good I could get all type of books.

Did you have a favorite?

Was that your first time reading The Coldest Winter Ever?

That’s the first book I ever read. I read it when I was 16. My uncle sent it to me from the feds. He told me to read it. The Midnight series, I fuck with all that.

You and Durk are best friends but you guys aren’t able to talk or be around each other. How was it to record “All These N****s?”

Yeah, we really just get the beat from DJ. DJ put a beat to something together for us, and he like, “You go first.” I be like, “No, you go first. You start it off.” He like, “All right.” He’ll start it off and shit. Then I’ll go. And then we’ll finish off or something. We’ll go back and forth on it. Then I’ll say I’m good. Then we’ll add if we need to add some shit. It really be simple.

I like that song with you and Polo G, was that a leak?

Yeah, that’s not on the album.

That’s not on the album?

No. They’re looking for it, though. They waiting on it.

How do you feel about leaks?

It be cool though, because it still going to hit the same when I drop it. And put a hard video with it or something.

If there was ever a Verzuz with two Chicago rap legends, who would you pick?

Chicago rap legends? Durk and Keef. I don’t know about nobody else. Kanye West was going crazy. Kanye West be on-and-off sometimes. That’s my boy, but it’s like, what you doing, man? He must be tweaking. But you know, inspiration wise, he got a lot of good shit. He got a lot of good treasure. Good outweigh his bad, for sure. But I don’t understand. He don’t really reach out to — well I ain’t going to say what he don’t do, because I don’t know. I just ain’t got no good connection with him and I’m from Chicago. It’s just us. We did this shit ourself.

Because Keef was big and he got on a Keef song? That was it. After that, no.

You don’t count that?

That’s not enough. No. Of course, he jumped on Sosa. He was the hottest thing out. It makes sense. But no, it ain’t help us or nothing. I ain’t mad about it or nothing and I ain’t trying to say it like that. It’s just that Durk and Keef, that’s the only motherfuckers.

That’s what I’m saying, Verzuz is like “old school.” Who else is from Chicago? Common, Kanye.

I don’t talk about them. I ain’t no super music — I love music right now and what’s going on right now. I can’t tell you about that shit. I couldn’t tell you a Common song. I don’t know. He bald, right? He look like Joe Budden. I can’t tell who is who. I swear to God.

I think it depends on what you grew up with. I grew up watching Common on TV.

Yeah, I saw him play in the movies, too. But not music.

What did you grow up listening to?

Keef is a legend for sure.

Yeah, we ain’t had no Chicago — like Twista, that’s my mom, you know? And Kanye West was, “I ain’t saying she a gold digger.” Both was cool. That wasn’t my type of ice. Wayne and Gucci, for sure.

Did you see that Lil Wayne endorsed Trump?

How do you feel about that?

I’m confused as a motherfucker. I go to see my dentist, my doctor, and they go, “Biden. No Trump. You know not Trump.” Then I see motherfuckers, some rap n****s, “Man, Trump.” What the fuck?

Are you into politics at all?

Welcome to O’Block is out now via Only The Family Entertainment / EMPIRE. Get it here.