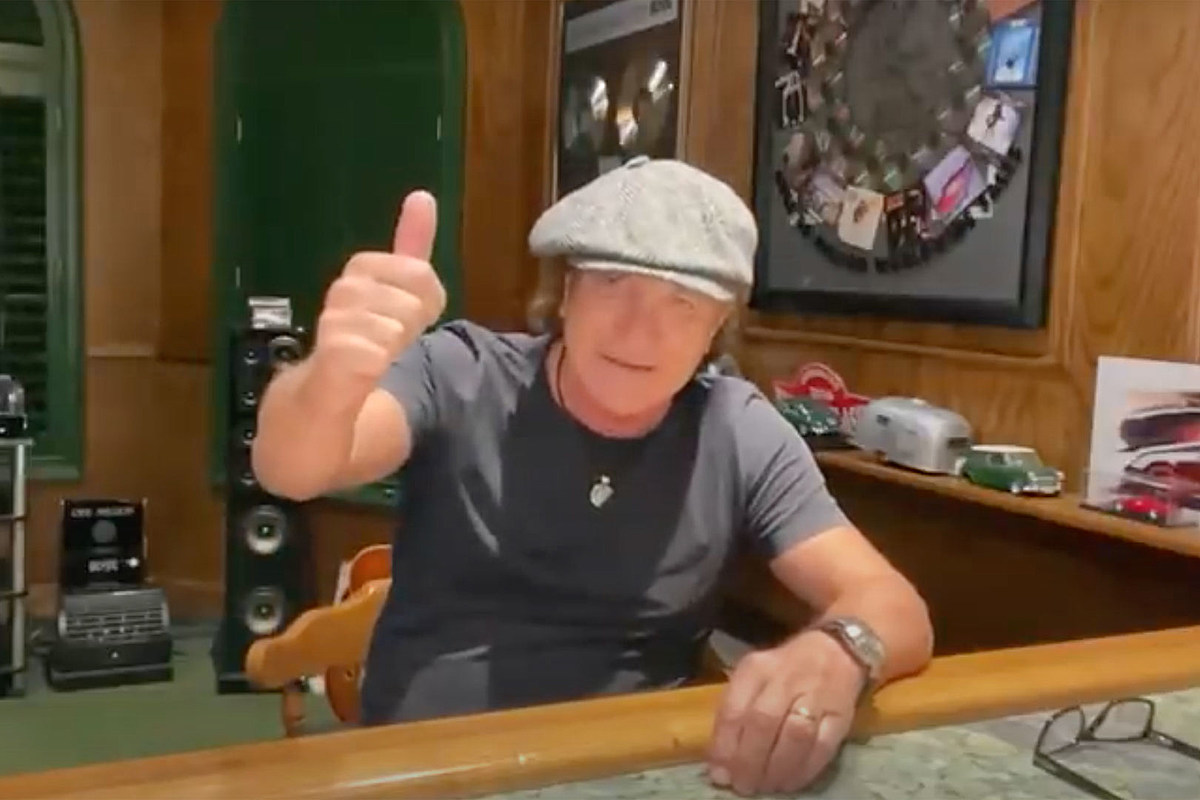 By all accounts, AC/DC are going to enjoy some huge returns for their new Power Up album, but will we eventually see some of the songs from the album in the live setting? In a new “thank you” video to the fans from singer Brian Johnson, it appears as though the singer is suggesting a live concert return will happen once the COVID-19 pandemic restrictions are lifted and touring can resume.

“We wanna see you in your hometown. We’ll try everything we can to get there and play for you live, play these great tunes for you live,” says Johnson toward the end of his message, also asking that fans stay safe in the interim as the pandemic continues.

The vocalist seemed truly grateful to be at this point, explaining during his video message, “From four years ago, guys, you’ve gotta remember, we were all but over, or some people thought, but they forgot about the AC/DC fighting spirit, you know. You never give in and you never leave your wounded behind. You always come back.”

Johnson exited AC/DC’s previous Rock Or Bust tour midway through its run on the advice of doctors who warned of permanent hearing loss. That tour also saw the band transition to guitarist Stevie Young after the death of Malcolm Young and had drummer Phil Rudd absent while dealing with legal issues. Meanwhile, bassist Cliff Williams retired at the end of the tour’s run. But Johnson, Rudd and Williams have returned to join Angus and Stevie Young for the new album, with Johnson’s career being saved by a new hearing device created by a specialist that has allowed him to resume singing with the band.

Though final tallies are still being counted, early estimates put AC/DC’s Power Up as a chart-topper in many countries around the world. Johnson says in the video, “What we wanna do is just thank you. I mean we’ve been overwhelmed these last few days getting the reports in from all around the world about the album doing so well.”

In addition to satisfying the fans, he adds that the band achieved a few other key goals, stating, “We knew that it was a pretty good thing that we’d done, you know, we wanted to make Malcolm [Young] proud of it and it made us proud because we’d made Malcolm proud.”

And while at this stage in the group’s career, you might think the newness of seeing big numbers on release day has worn off. But Johnson sincerely offers, “It really is still exciting to this day. Still it’s like the first record we ever brought out.”

Check out the singer’s full message to the fans in the video below.

AC/DC’s Brian Johnson Thanks Fans for Their Support

Nigerian economy slips into recession as GDP contracts by 3.62% in Q3 2020