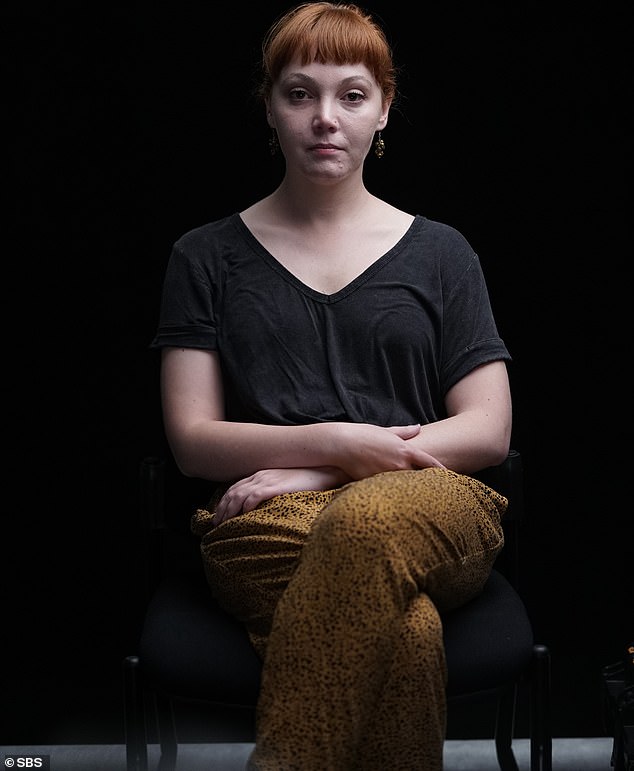 Ten ordinary Australians who are battling drug, alcohol and gambling addictions have volunteered for a radical new treatment program in a bid to kick their habits.

The four-part series documents the journey of the ten addicts as they complete a six-month treatment program with Melbourne‘s Turning Point Centre.

From a divorcee who turned to ice after a scarring IVF journey to a chef who secretly drinks a bottle of whisky every day, here are their harrowing personal stories.

Heidi, 31-year-old admin worker from Melbourne  who downed up to 80 drinks a week

Heidi used to wake up and takes a swig from a bottle of wine hidden inside her wardrobe to stop her hands from shaking.

The 31 year-old student and administrator from Melbourne was battling a secret alcohol addiction which saw her drink up to 80 standard drinks a week.

Heidi’s friends, family and workplace didn’t even know about her battle which went for five years.

‘There’s this idea that if you are addicted to whatever it is, you’re to be shamed so I don’t say anything.’

Heidi, 31-year-old student, administrator, and performing artist (pictured) from Melbourne said she would down 80 drinks a week

Heidi said she never had a problem with drinking until she was in her mid twenties, when her drinking spiralled from being something she just did at celebrations and parties into consuming alcohol every single day in secret.

The performing artist says she knows she has a problem and is appearing on the TV show to seek help.

Sarah, 41, a divorcee who became a methamphetamine user after IVF failed and her marriage broke down

Sarah was living in a huge house and looking forward to starting a family with her husband.

But after seven rounds of IVF failed, her marriage began to disintegrate and the 41-year-old fell into a deep depression.

That’s when she turned to methamphetamine, or ‘ice’.

In a heartbreaking admission in the program, Sarah says drugs ‘saved her’.

‘I think that drugs saved me. Because… without them, yeah, my depression was really bad. I didn’t know what else to do really.

‘I was desperate. Using crystal meth, I guess it’s had both positive and negative role in my life, but yeah, I think it has allowed me to still be here.’

Sarah has been using the drug for the past five years, but has now moved in with her mother June.  Together, they hope to put Sarah’s life back on path. 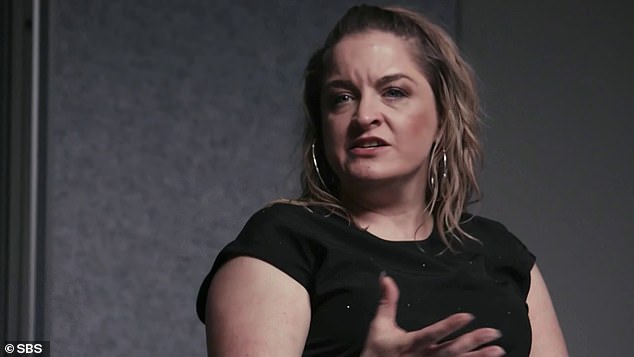 Sarah, 41, turned to ice to help her deal with the breakdown of her marriage after seven failed rounds of IVF

Lucas, 28-year-old IT Support Analyst, who has been gambling for the past nine years

Lucas has gambled away his wages every pay day for the past nine years.

The IT support analyst says it is the only time his anxiety eases and he can try and face life.

‘I make a well above average wage, and I have for the past five or six years. It doesn’t make any difference how much money I earn, I’ll just end up gambling it all,’ he admits.

‘Each month is starting over and over again. New pay cheque? Great. Same cycle. Nine years of this. I just want to quit.’

Lucas, whose mother was also a gambling addict, decided to seek help after reaching a point where he fears he will lose everything: becoming homeless and losing contact with his kids.

The 38-year-old has tried to self-exclude from venues and online betting sites but believes the system is designed to keep gamblers stuck in a vicious cycle.

Ruben, a 47-year-old father, whose heroin addiction escalated after a disturbing robbery

Ruben has been using heroin for more than 20 years, which for most part he was ‘high functioning’.

He worked six days a week and enjoyed time with his son.

But his habit escalated six years ago after he was the victim of an armed robbery while working as a store manager.

The father developed PTSD, leaving him unable to work, and his addiction spiraled out of control.

The 47-year-old burst into tears as he admitted ‘I damaged myself to a point that, I don’t know how, or if, I could come back again and just be normal.’

Ruben has already attempted treatment five times and is now living with his sister and mum, who checks on him every morning to make sure he is alive. 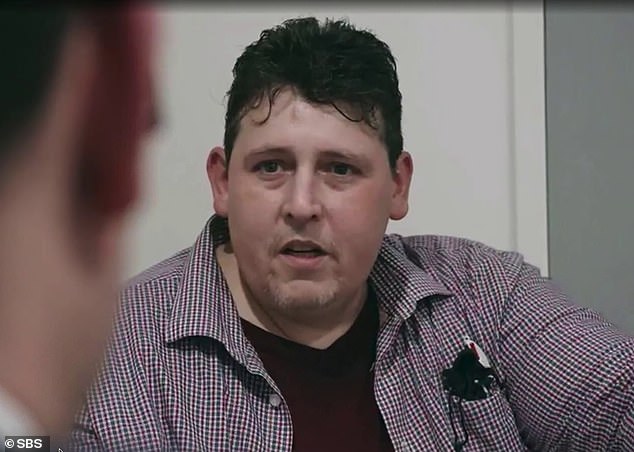 Reuben was a ‘highly functioning’ heroin addict working as a store manager when a traumatic robbery saw his use of the drug spiral out of control. He now injects three times a day

Matthew, a 33-year-old-chef, who has been drinking since 16 and admits to a bottle of whisky a day in secret

Matthew started drinking at 16, but the habit gradually escalated.

The 33-year-old chef admitted he would drink a bottle of whisky a day beginning with a shot in the morning.

‘First drink is always nine o’clock on the dot, and I continuously drink all day until bedtime. You know a piccolo? One of those little white paper cups? They’re what we call whisky cups in the kitchen,’ he said.

Matthew said he was motivated to give up for health and financial reasons.

‘I’ve had this…this pain on my left side for some time. You know, it’s not always there. Rarely. And…from what I hear, it’s the liver,’ he said. 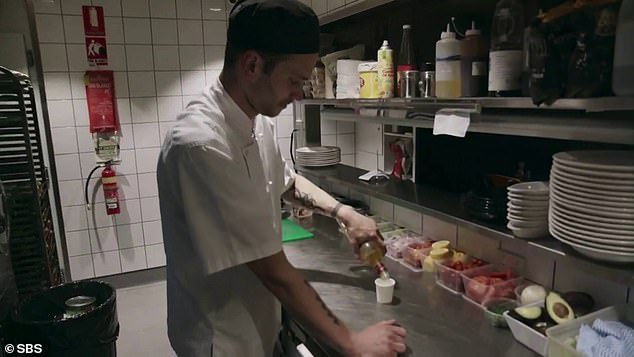 Matthew,a  33-year-old chef, (pictured) has been drinking since 16 and admits to downing a bottle of whisky a day in secret. His first drink is poured at 9am into a disguised piccolo cup

Jess, 26-year-old student and waitress, who became an alcoholic after struggling with an eating disorder

Jess hails from a loving family and stable home but struggled with an eating disorder growing up.

The disorder provided the grounding for an alcohol addiction- and the 26-year-old student soon found her self at rock bottom unable to stop drinking.

The student said she realised she needed help when she took herself to hospital drunk and contemplating suicide.

Her friend met her in the emergency room and confronted her after discovering she had downed three-quarters of a bottle of gin in the bathroom.

‘I was clutching this bottle as though it was…the only thing that could keep me alive, and she tore it out of my hands,’ she said.

‘And then later, when I went outside for a cigarette, I went through the bin. I went through a f***ing bin to look for that much gin..  I reckon that was pretty much rock bottom.’

Prior to the commencing the program, Jess completed completed a week-long detox and short stay in rehab.

About one in 20 Australians struggle with a substance use problem or addiction each year, but only one in four seek help.

And when it comes to gambling, Australians are the world’s most prolific gamblers based on per capita spending.

‘Addiction is one of the most stigmatised of all health conditions,’ Professor Dan Lubman, Turning Point Executive Clinical Director, said.

‘The accompanying shame and stigma can result in a delay of up to 20 years from when somebody starts developing a problem with alcohol, drugs or gambling before they seek help.’

Addicted Australia continues weekly on Tuesdays at 8.30pm on SBS and SBS On Demand.