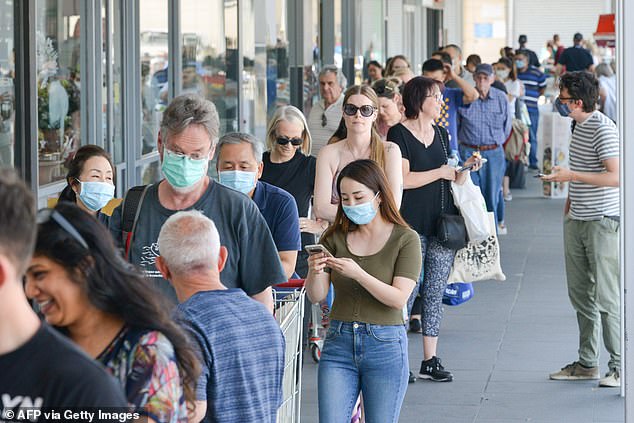 South Australians have been urged to get tested after a Covid-19 positive man left quarantine to visit several shops.

The man, aged in his 30s, had contracted the virus after visiting the Intensive English Language Institute at Flinders University, in Adelaide, last Sunday.

The man is understood to have been waiting for his Covid-19 test result while in quarantine, but instead fled and visited several shops around the city.

He went to Big W Brickworks on South Road, at Torrensville, Foodlands at The Parade, in Norwood, and Kmart on Anzac Highway, at Kurralta Park.

South Australians have been urged to get tested after a Covid-19 positive man left quarantine to visit several shops (pictured, shoppers queuing at a supermarket in Adelaide) 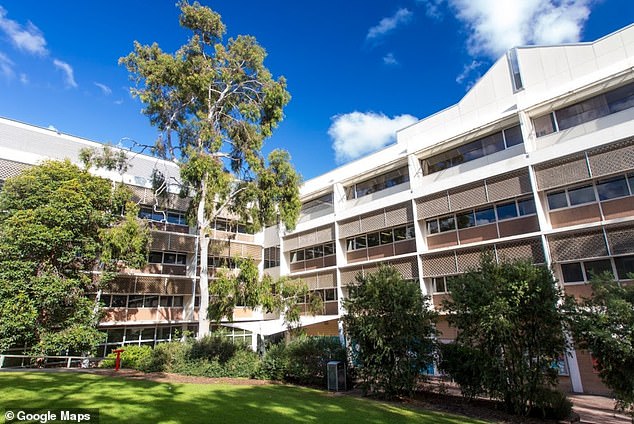 The man, aged in his 30s, had contracted the virus after visiting the Intensive English Language Institute at Flinders University (pictured), in Adelaide, last Sunday

‘Those four locations, we are considering at high risk, and we want anyone who’s been there at those times and dates to get tested,’ Chief Public Health Officer Professor Nicola Spurrier said.

‘It has, quite frankly, posed a very significant risk for us in South Australia.’

‘We had enjoyed more or less eliminating this virus for several months.’

Ms Spurrier said the man was considered to be a ‘casual contact’ at the Flinders University Campus and said it proved how ‘contagious the virus is’.

‘This person was considered a casual contact rather than a close contact and again it absolutely backs up the information we were already giving to people,’ she said.

‘We’re seeing people that have got infected through fairly brief contacts.’

The man was just one of two new cases identified by health authorities on Saturday.

The other was a child who was from the original family at the centre of the Parafield cluster – they are already in quarantine and pose no risk to the public.

Professor Spurrier said she was concerned in the declining number of people getting tested with only 3,425 tests conducted on Sunday, down from 3,840 the day before.

‘That is a concern to me, we do have a lower number of tests and I had flagged that the day before,’ she said.

‘It was a particularly hot day yesterday as well but we have done what we can to make the testing facilities as comfortable as possible for everybody.’

The state’s business sector is calling for compensation amid ongoing restrictions leading up to Christmas. 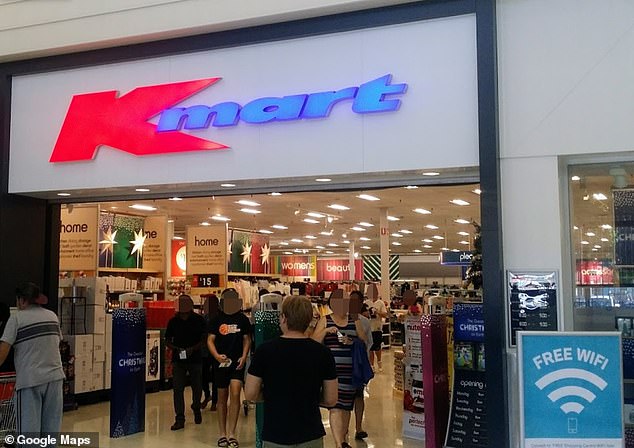 He visited Big W Brickworks on South Road, at Torrensville, Foodlands at The Parade, in Norwood, and Kmart on Anzac Highway, at Kurralta Park (pictured)

As health officials continue to grapple with the outbreak, the state government will implement a two-week, step-down strategy in easing measures imposed at the start of the outbreak.

That will include opening the borders to Victorians from December 1 and scrapping limits on pub, restaurant and cafe patrons.

But a general work from home advisory remains along with a one person per four square metres rule for all indoor venues. 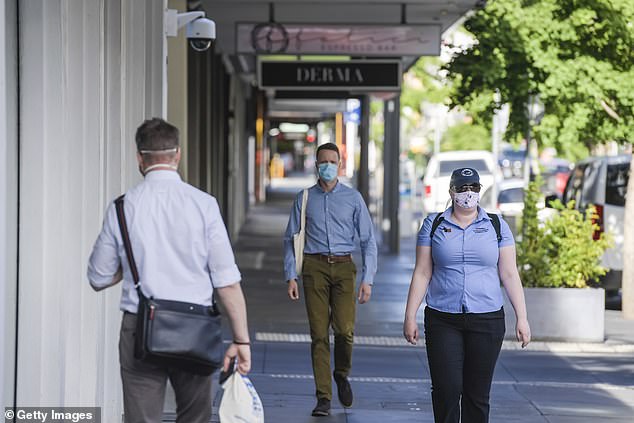 Business SA chief executive Martin Haese says that means most businesses will be operating at 25 per cent capacity, which is not financially viable.

He says the continued measures will have a significant impact on hospitality, retail and events and leisure during their busiest time of the year.

‘Business SA also has grave concerns for the city with work from home advice all but cancelling Christmas for city traders, who will wear the brunt of this as they have all year,’ Mr Haese said.

Caris LeVert Out Indefinitely After “Small Mass” Found On Kidney