Altcoins could help cut down the outrageous energy consumption of Bitcoin 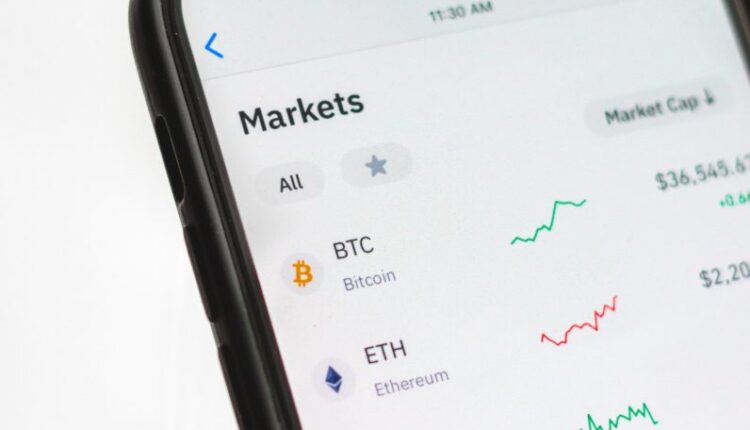 The cryptocurrency bitcoin now uses up more electricity a year than the whole of Argentina, according to recent estimates from the University of Cambridge. That’s because the creation of a bitcoin, in a process called mining, is achieved by powerful computers that work night and day to decode and solve complex mathematical problems.

The energy these computers consume is unusually high. Police in the UK recently raided what they believed to be an extensive indoor marijuana-growing operation, only to discover that the huge electricity usage that had aroused their suspicions was actually coming from a bitcoin-mining setup.

Thousands of similar setups, around 70% of which are currently based in China, continue to demand more and more energy to mine bitcoins. This has understandably prompted environmental concerns, with Elon Musk tweeting in May 2021 that Tesla would no longer accept bitcoin as payment for its vehicles on account of its poor green credentials.

But there are thousands of other forms of cryptocurrency, collectively termed “altcoins”, which are far greener than bitcoin – and to which investors are now turning. Many of them are attempting to use less environmentally damaging technology to produce each coin, which may ultimately herald a greener future for cryptocurrencies.

Of the thousands of “altcoins” in the market, ethereum, solarcoin, cardano, and litecoin have shown promising potential as greener alternatives to bitcoin. Let us take the example of litecoin as an example of how they’re doing it.

Litecoins are very similar to bitcoins, except that they reportedly only require a quarter of the time to produce. Where sophisticated and powerful hardware with a colossal energy demand is needed to mine bitcoins, litecoins can be mined with standard computer hardware which requires far less electricity to run.

Other alternatives, such as solarcoin, aim to encourage real-world green behaviors. One solarcoin is allocated for every megawatt-hour that’s generated from solar technology, rewarding those who’ve invested in renewable energy.

Different cryptocurrencies also use different processes to complete transactions. Bitcoin uses what’s called a “proof-of-work” protocol to validate transactions, which requires a network of miners to compete to solve mathematical problems (the “work”). The winner – and the person who mints a new bitcoin – is usually the competitor with the most computing power.

While proof-of-work is credited for being relatively secure, making it difficult and costly to attack and destabilize, it’s incredibly power-hungry. The way it forces bitcoin miners to compete with an ever-expanding arsenal of high-tech computers means it has inevitably come to demand more and more electrical power.

But there are alternatives to this form of mining. Ethereum, which is the world’s second largest cryptocurrency behind bitcoin, now uses a different protocol, called “proof-of-stake”. This protocol was specifically designed to address environmental concerns about the proof-of-work system, and it does this by eliminating competition between miners. Without the competition, there’s no computing power arms race for miners to participate in.

Given the increasing environmental scrutiny that cryptocurrency is now facing, it’s likely that any new altcoins will adopt ethereum’s system over bitcoin’s. Investors will likewise look to the green credentials of altcoins when deciding which cryptocurrency they’ll convert their bitcoin into.

Still the future of finance?

Despite the criticisms leveled against bitcoin for its shocking energy inefficiencies, the traditional financial system is far from green itself.

In the five years since the Paris Agreement on climate change, for instance, it’s reported that 60 of the world’s biggest banks have provided $3.8 trillion (£2.7 trillion) to fossil fuel companies – not very planet-friendly. One report found that 49% of financial institutions don’t conduct any analysis of how their portfolio impacts the climate.

Then there’s the sector’s electricity use. Where cryptocurrencies have the potential to run without the oversight of large financial institutions, the banking sector is built upon a huge amount of infrastructure which naturally burns through a great deal of electricity.

Banks themselves use plenty of computers and servers, as well as thousands of air-conditioned offices and fuel-guzzling vehicles. It’s difficult to estimate exactly how much energy is required to support all this activity, but one recent report found that the banking system consumes more than twice the electricity that bitcoin does.

So while bitcoin is rightly getting a battering for its outrageous energy consumption, there’s ultimately a need for all our financial systems to be green and sustainable. Banks can do this by reconsidering their portfolios and working towards net-zero carbon emissions. But cryptocurrencies offer a different path to greener finance – and the altcoins that concentrate on their environmental credentials may well clean up the technology’s reputation for excessive energy use.

This article is republished from The Conversation under a Creative Commons license. Read the original article.

There are OVER 200 long-Covid symptoms and an average patient suffers from 56 of them, experts find

The man-made sun in Oxfordshire that could power our planet