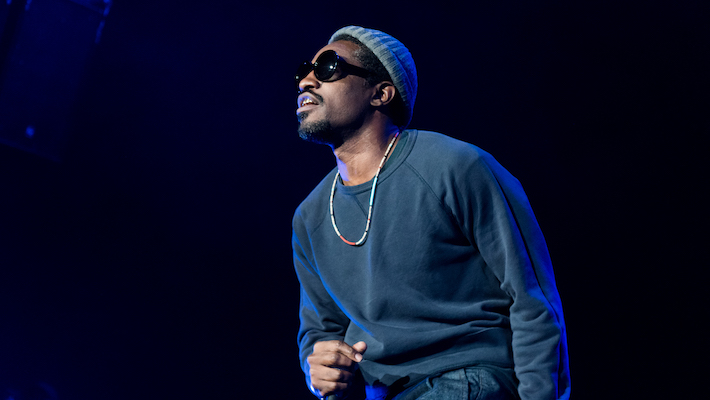 Andre 3000 is one of rap’s most elusive figures, only contributing rare guest verses to the occasional longtime collaborator or rap legend patient enough to wait on the perfectionist former Outkast member. Fortunately for fans, Goodie Mob — who just released a new album today titled Survival Kit — certainly qualifies on both counts. As fellow members of Atlanta’s Dungeon Family collective, Goodie Mob and Outkast have worked together extensively since their inception some time in the early ’90s. That connection seems to have remained strong enough for the Goodies to secure a guest appearance from Andre on their new song “No Cigar.”

Over a trademark Organized Noise production, each Goodie member — Big Gipp, Khujo, and T-Mo — gets in a verse giving their own take on the song’s overall concept — expressed on the hook as a question: “Who wants smoke? No cigar.” Andre comes in for the anchor leg with 16 bars of his typical poetic flow, sounding bouncy and rejuvenated as he brags about his prowess with the ladies.

Andre isn’t the only Outkast member to appear on Survival Kit. Big Boi shows up on “Prey 4 Da Sheep,” while the Goodies also bring in rap legend Chuck D on “Are You Ready” to open the album. Check those out below.

Survival Kit is out now via Organized Noize/Goodie Mob Worldwide.