Are No10’s 200million new Covid tests REALLY going to get us back to normal life? 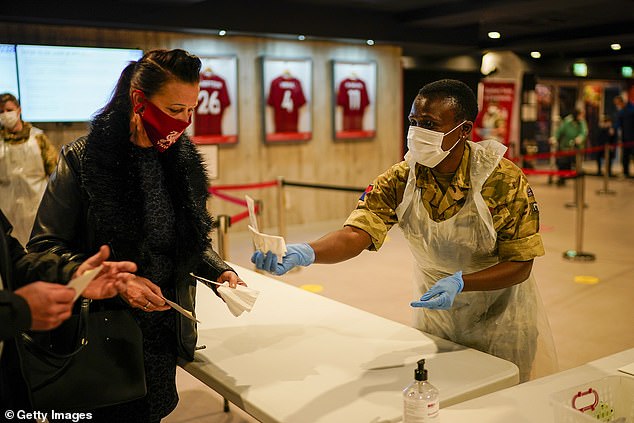 There’s ‘absolutely no chance’ the Government’s new 15-minute coronavirus tests are accurate enough to get life back to normal, a leading expert warned today.

It emerged last night ministers are set to buy up to 200million of the £5 kits, which are made by US company Innova and give a ‘yes’ or ‘no’ result in a quarter of an hour.

They have been heralded as a key to unlocking the economy when the second lockdown ends, allowing people with a negative result to visit the theatre, cinema or a sports event.

But Professor Jon Deeks, a biostatistician from the University of Birmingham, warned they could be ‘dangerous’ if Brits who test negative see it as a green light to visit elderly grandparents.

Trials of the devices by Public Health England and Oxford University found they could detect up to three in four positive cases.

But, after poring over the data, Professor Deeks said they could actually miss half of all infections when they are used in real world scenarios rather than in hospitals by a trained nurse – a finding he described as ‘worrying’.

Professor Deeks, who is also head of the Biostatistics, Evidence Synthesis and Test Evaluation Research Group at the university, said on Twitter: ‘Between one in two and one in four current cases of Covid-19 will be missed. Other tests are better.

‘Those getting negative results need to know Covid risk is reduced, but they could still have Covid, and get Covid tomorrow or next week. Harmful for them to think they are Covid-free – especially if they now cuddle their granny.

‘How on earth can we get to a safe ‘test-and-release’ strategy with a test which can miss up to one in two cases? IMHO [In my humble opinion] ABSOLUTELY NO CHANCE!’

A rapid Covid test which costs just £5 could finally allow Britons back into concerts and sports events. Pictured: Mass testing site in Liverpool 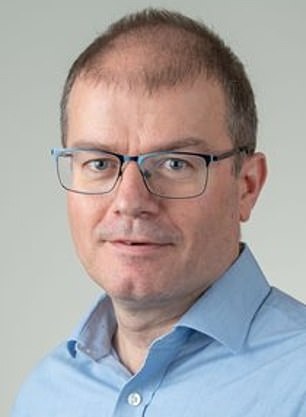 Professor Jon Deeks, a biostatistician from the University of Birmingham, warned the could be ‘dangerous’ if Brits who test negative see it as a green light to visit elderly grandparents

There are plans to buy 60million rapid tests a month from January, according to The Daily Telegraph, with 192 million purchased in total by March.

The tests are one of those at the heart of the Operation Moonshot pilot and could see the kits used in towns and cities across the UK to help the government get on top of the pandemic by the spring.

The Innova kits — which are already being used in Liverpool — are technically up to 95 per cent accurate, but only when dealing with people who have a high viral load, which makes people most infectious.

Their accuracy drops sharply when people have low levels of the virus in their bodies – which can often be the case with young and healthy asymptomatic people who go on to become unwitting super-spreaders.

The Innova test was trialled in two studies by Oxford University and PHE.

WHAT IS OPERATION MOONSHOT AND WHAT IS GOING ON IN LIVERPOOL?

Operation Moonshot is the Government’s plan to get millions of people tested and given a result on the same day.

Tests would be routinely given to hospital staff, carers and swathes of the workforce to try and jump-start the economy.

But there have been serious doubts about whether Number 10 is capable of pulling it off.

Currently the Department of Health has a testing capacity of around 500,000.

And just 15 per cent of people who have an in-person test currently get a result within 24 hours.

Moonshot is seen as the only way out of the perpetual loosening and tightening of lockdown curbs if a vaccine can’t be dished out to the majority of vulnerable Brits.

The city of 500,000 is being used by officials as a pilot to see if it can pull off rapid testing on a mass scale.

Tests which give results in about an hour will be used in the trial, as well as the normal PCR swab tests that are already used in centres across the country.

Hospitals in the city were originally supposed to have a 20-minute test at their disposal – to be used to routinely test all of their staff – but it emerged today the machines are less than 50 per cent accurate.

The tests will still be used in small a scheme on hospital staff in Liverpool but there are now worries that they aren’t good enough.

One saw a trained nurse give the test to hospitalised Covid-19 patients and the other was done by an untrained volunteer at a PHE testing centre who followed written instructions.

The latter study was meant to give an indication of how accurate the tests would be if administered by a soldier – which is currently being done in Liverpool.

And Boris Johnson has plans to deploy the army around the country to help screen Brits if Moonshot becomes widespread.

When the tests were carried out by a nurse, the test caught on average 73 per cent of people infected with Covid-19. But at the testing centre, it was just 58 per cent accurate.

Breaking down the data this morning, Professor Deeks said: ‘In the Pillar 2 testing centre study 58 per cent of the Covid-19 cases were detected by Innova, although the uncertainty due to sample size means the rate could be as low as 52 per cent or high as 63 per cent.

‘In FALCON [which trialled the test on hospitalised patients], testing at the bedside by an experienced nurse picked up 73 per cent of the Covid-19 cases with the uncertainty giving a possible range of 65 per cent to 80 per cent for the detection rate.

‘Those in FALCON where samples were tested at Porton Down had a higher detection rate of 79 per cent illustrating the importance of evaluating the test in the setting where it will be used rather than in an expert laboratory.

‘The overall headline figure in the report of 76.8 per cent mixes in the accuracy in these different settings.

Professor Sheila Bird, a biostatistician at the University of Cambridge, said it was ‘alerting’ that accuracy was so low when an untrained member of the public administered the test.

She added: ‘Among consecutive cases from Covid-19 testing centres, performance was lower when self-trained members of the public attempted to follow a protocol (58 per cent positive) than when the test was used by laboratory scientists (79 per cent positive) or by trained healthcare workers (73 per cent).

‘However, as there is no mention that consecutive cases were randomized to format for test-deployment (self, laboratory scientist, trained healthcare worker), the three-way comparisons are not necessarily like-with-like.’

And it appears that the tests could be used on the 10 per cent of the population who are at greatest risk.

It has been announced that 67 towns and cities will be given 600,000 tests. Areas including Nottinghamshire, Yorkshire, the West Midlands and several London boroughs will receive the rapid devices within days.

Professor Jonathan Ball, a molecular virologist at the University of Nottingham, said: ‘Whilst the lateral flow assay lacks the sensitivity of the PCR test, its rapidity and ease of use makes it a pragmatic test for community surveillance, where you want to quickly identify then isolate infected people.

‘Even though it won’t detect as many infected individuals as the PCR test, it will identify those with the highest viral loads, and it’s those people who are most likely to go onto infect others. It won’t replace other tests like PCR, but it is a useful additional tool for coronavirus control.’

It’s the latest setback for No10’s Operation Moonshot. Last week it emerged that another rapid test, which takes 20 minutes to give a diagnosis, was less than 50 per cent accurate in some scenarios.

Researchers found the Optigene Direct RT-Lamp tests missed more than half of positive cases in a trial in Manchester, meaning they risk dangerously underestimating the number of people who are actually infected.

But other trials – done by the Department of Health – have suggested it can be up to 97 per cent sensitive. Scientists are still studying the test to work out its true potential.