At least five Chicago cops, including a commander, face suspension for their roles in the 2019 drinking scandal that led to former police boss Eddie Johnson’s firing

Five Chicago cops, including a high-ranking officer, are reportedly facing suspension over their roles in the 2019 scandal that led to the firing of former police superintendent Eddie Johnson.

The police officers came under investigation last year after Johnson, a 31-year veteran of the force, was found slumped in his car after a night of heavy drinking.

The police chief had initially blamed the incident on his failure to take his medication and was fired in December after it was revealed he lied to officials in an attempt to cover up his tracks.

At least five other cops involved in the case are expected to be disciplined this week following a probe by city Inspector General Joseph Ferguson, The Chicago Tribune reported on Wednesday, citing sources familiar with the matter. 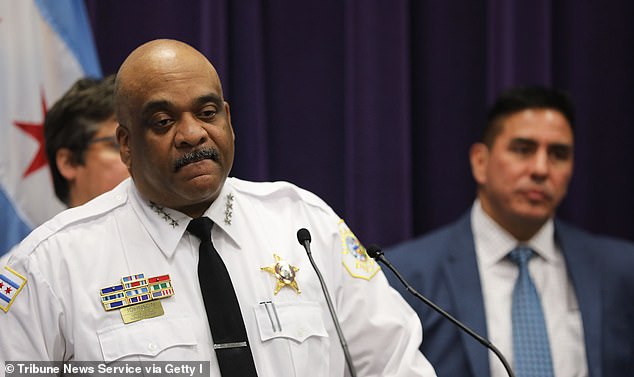 Eddie Johnson, 59, was fired by Chicago Mayor Lori Lightfoot in December 2019 after he was found slumped in his car after a night of heavy drinking in October 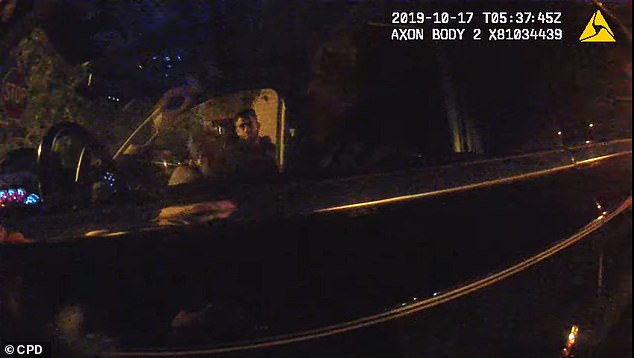 Body camera footage showed a Chicago cop approaching the driver’s side of Johnson’s city-owned SUV and asking: ‘You just sitting here or you wanna go home?’

Deering District Commander Don Jerome, the highest-ranking officer of the group, is reportedly facing a 28-day suspension, but details on his alleged misconduct were not specified.

The four other officers, one of which is a lieutenant, were not named in the report and details of their involvement in the case have not been released. 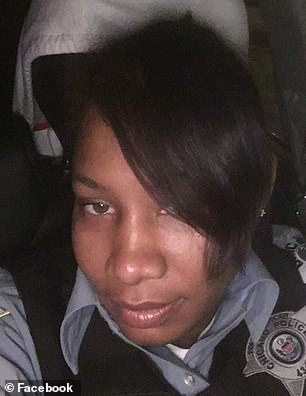 Johnson was said to be out drinking with Cynthia Donald (pictured), a member of his security detail, hours before he was found asleep in his vehicle

Ferguson is expected to release the results of the investigation on Friday, according to the paper.

He was found asleep behind the wheel of his police car in October after consuming ‘several large servings of rum’ at a downtown restaurant with a member of his security detail, previously identified as 44-year-old Cynthia Donald.

It is unclear if Donald is among those facing punishment.

According to the report, Johnson made false statements to the public and Mayor Lori Lightfoot, saying he had been out to dinner with friends and that he had ordered an internal investigation of the incident.

Johnson initially blamed the incident on his failure to take his blood pressure medication and didn’t mention alcohol.

That omission resulted ‘in a materially inaccurate portrayal of the incident in remarks he made while in uniform and speaking in an official capacity,’ according to the report.

He later acknowledged he had drinks with dinner. 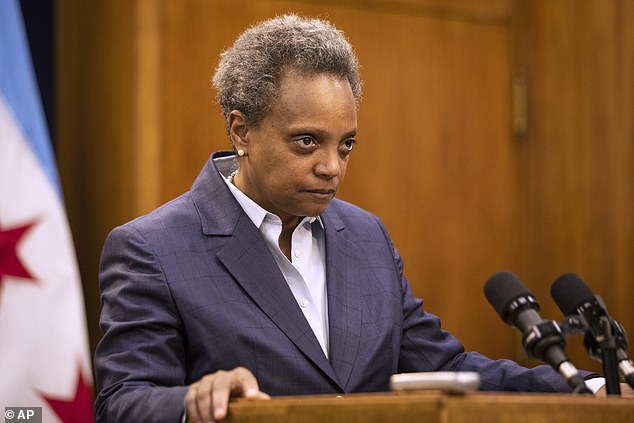 Mayor Lori Lightfoot accused Johnson of deliberately ‘misleading’ her, the city and the police department when he made the claims in October

Johnson, who was named superintendent in 2016 and announced his retirement in November, was fired by Lightfoot in December for ‘ethical lapses.’

He later admitted a ‘lapse of judgment,’ but said he would let his reputation for integrity earned during more than 30 years as a police officer speak for itself. Johnson’s spokesman didn´t return a message Thursday.

The report said Johnson drove the security officer from the restaurant to police headquarters where the officer got into a city vehicle and drove off.

Johnson also left headquarters and parked illegally in a neighborhood with the car running. A witness called 911 to report a man asleep behind the wheel.

Several police officers and a fire official checked on Johnson, but no field sobriety test was administered.

Lekki Tollgate Shooting: Sanwo-Olu insists on 2 deaths, no bloodstains at the scene

COVID-19: lockdowns widen the ‘disadvantage gap’ between rich and poor…

A one-trick pony, but what a trick