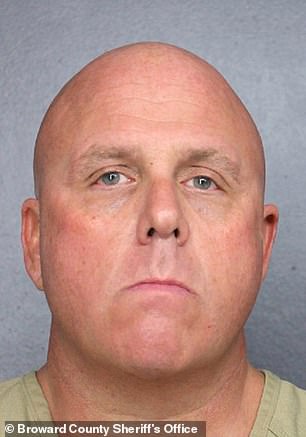 Armed robbery charges against ex-Giants cornerback DeAndre Baker are dropped after the lawyer for three of the ‘victims’ is arrested for ‘attempting to extort $1.5 MILLION from him’

By Reuters and Alex Raskin Sports News Editor For Dailymail.com

Armed robbery charges against former New York Giants cornerback DeAndre Baker were dropped on Monday after his accusers recanted testimony and their attorney was arrested for allegedly attempting to extort $1.5 million from the NFL free agent.

The Giants cut the 23-year-old cornerback in September following his offseason arrest for allegedly participating in an armed robbery at a house party in Miramar, Florida.

On Monday, an attorney representing three of the four alleged victims in the case was arrested in Broward County (Florida) on extortion charges related to the case.

Investigators say attorney William Dean initially asked for $1.5 million from Baker, but dropped that figure to $800,000 ($266,000 for each client). In exchange for a bribe, police claim, Dean said his clients would stop cooperating with police or change their initial sworn statements, according to the New York Daily News.

Dean told Baker’s attorney his clients would do ‘anything you want, so long as the money is right,’ per the report.

After Dean’s arrest, the Broward State Attorney’s Office told reporters that all charges against Baker were being dropped. 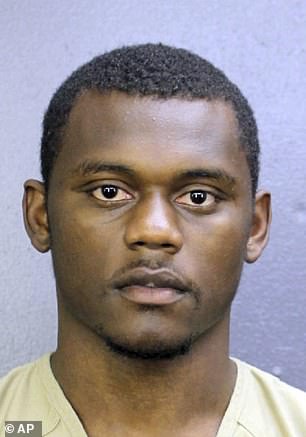 William Dean (left), the attorney of three of the four men who accused former New York Giants cornerback DeAndre Baker (right) of armed robbery in May, has been arrested in connection with an alleged extortion plot aimed at coaxing $1.5 million out of the NFL free agent 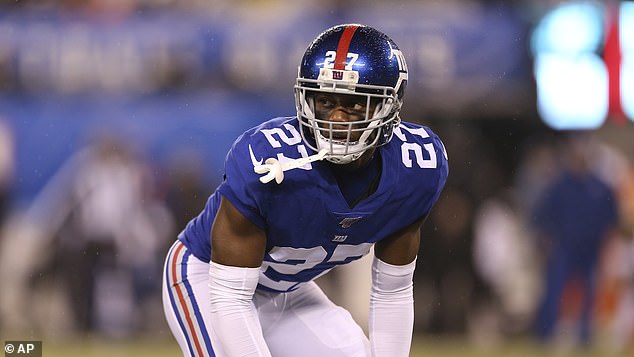 Baker was released in September after being charged with armed robbery in Florida, but those charges have since been dropped. However, he remains on the commissioner’s exempt list

‘I’ve been saying this from Day 1, that this was an extortion scheme and that Deandre was the victim,’ Baker’s attorney, Bradford Cohen, told NFL Network on Monday. ‘This event did not play out as they insinuated. And the case was dismissed.’

Baker, the 30th pick in the 2019 NFL Draft, did not take part in the Giants’ offseason program or attend training camp. He was placed on the Commissioner’s Exempt list on July 27 and formally charged on August 7 with four counts of robbery with a firearm stemming from the alleged incident on May 13.

Baker and Seattle Seahawks cornerback Quinton Dunbar were accused of taking money and watches from partygoers while they were armed with semiautomatic weapons. Baker also allegedly made threats with a firearm.

Prosecutors declined to continue the case against Dunbar, who remains on the Seattle roster.

The extortion allegation follows a previous bribery claim, which appears to be unrelated.

Charges were never filed against Dunbar, but his attorney, Michael Grieco, has since withdrawn from the case amid accusations that he bribed the witnesses to change their story.

Initially witnesses claimed that Baker and Dunbar robbed partygoers at gunpoint inside a gated community in Miramar on May 13.

Police arrested Baker and Dunbar on May 16, but ultimately decided not to charge Dunbar, citing lack of evidence after witnesses changed testimony over his alleged involvement.

‘The football players were trying to offer us some money to go in and sign an affidavit,’ one of the alleged victims told police, according to a supplemental report in the case reviewed by the Daily Mail. ‘We finally agreed to $60,000 and that we would meet at a lawyer’s office in Brickell.’