Australia’s defence minister said today that a damning report into alleged war crimes by special forces in Afghanistan had made her ‘physically ill’, as footage showed an SAS soldier shooting an unarmed man as he cowered in a field.

Linda Reynolds said she was ‘totally and utterly shocked and mortified’ after the four-year inquiry found evidence that Australian troops had killed 39 unarmed civilians and prisoners during the US-led war in Afghanistan.

The findings included alleged cases where patrol members would shoot a prisoner to achieve their first kill, a practice known as ‘blooding’, as well as planting weapons and radios to support false claims that their victims were killed in action.

Some of the atrocities allegedly committed by Australian SAS members were so horrendous that more than 50 pages in Thursday’s report had to be redacted.

Helmet camera footage which came to light earlier this year shows an SAS operative firing fatal gunshots at an unarmed Afghan man in what another soldier called a ‘straight-up execution’.

Thousands of decorated soldiers could now face having their medals stripped after the 465-page report said commanders who oversaw atrocities could not ‘in good conscience’ retain their awards. 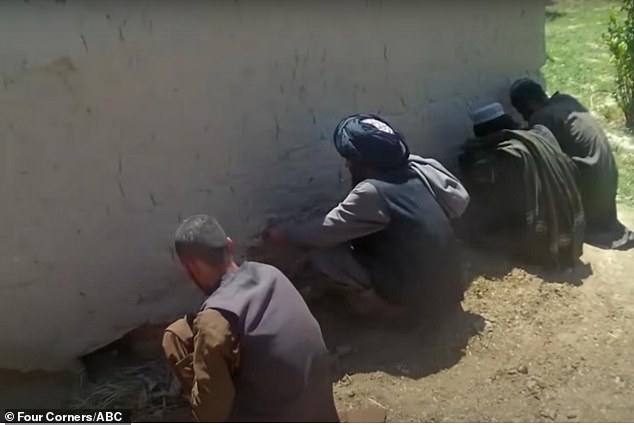 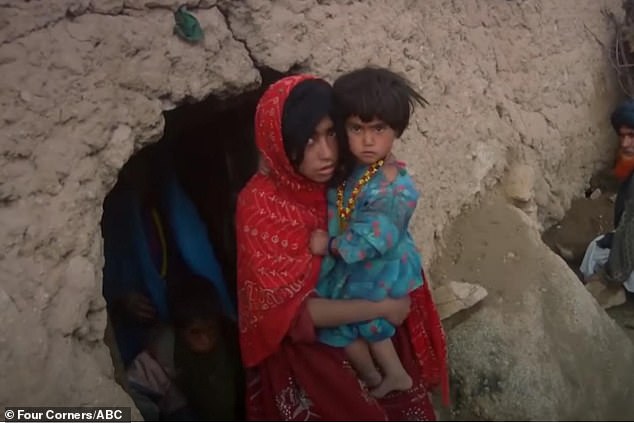 A woman holds her child in body-camera footage from Australian SAS troops, who unlawfully killed 39 Afghan prisoners and civilians, according to Thursday’s damning report 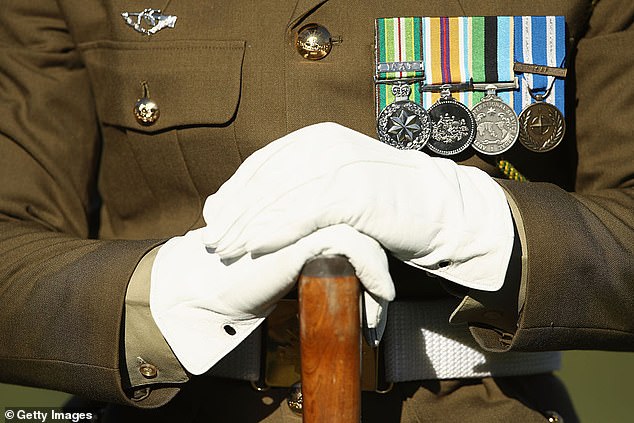 Major-general Paul Brereton’s investigation took four and a half years to scrutinise the conduct of special forces soldiers between 2005 and 2016.

More than 26,000 Australians served in Afghanistan during that time, with up to 3,000 in the Special Operations Task Group (SOTG).

The report recommended that a Meritorious Unit Citation awarded to the special ops unit as a whole should be revoked in the light of the findings.

‘What this report discloses is disgraceful and a profound betrayal of Australian Defence Force professional standards and expectations. It is not meritorious,’ the judge wrote.

‘Revocation of the award of the meritorious unit citation would be an effective demonstration of the collective responsibility and accountability of SOTG as a whole for those events.’

A case-by-case analysis will be undertaken for the cancellation of individual awards such as gallantry, valour and distinguished service.

With 39 Afghans allegedly killed at the hands of Australian servicemen, 19 individuals may be referred for criminal prosecution.

Australian military personnel who spoke out against alleged war crimes said today that they felt vindicated by the report’s findings.

David McBride, a former military lawyer facing charges of leaking information about special forces actions in Afghanistan, felt ‘buoyed’ by the report after years of being treated like a ‘traitor’, his lawyer Mark Davis said.

‘If the accusations that he’s previously made are proven right, he will feel vindicated whatever the penalty,’ Davis said. ‘His reputation will be intact and his sense of honour will be intact.’ 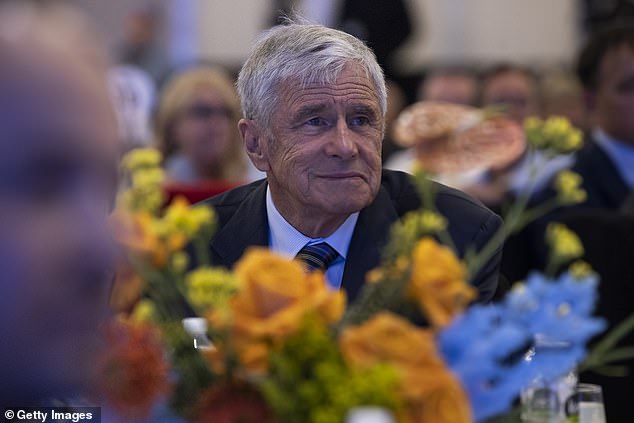 Thursday’s report blames the killings in part on a ‘warrior hero’ culture among special forces which was ’embraced or fostered’ by some senior figures.

‘Special Forces operators should pride themselves on being model professional soldiers, not on being warrior heroes,’ the report said.

The inquiry uncovered what Australia’s defence chief called a ‘shameful record’ of unlawful killings which took place outside the ‘heat of battle’, including cases where new patrol members were told to shoot a prisoner to achieve their first kill.

There was also evidence that troops took part in ‘body count competitions’ and covered up illegal killings by staging skirmishes, planting weapons and retrospectively adding names to target lists.

One particular incident, wholly redacted in the report, was described as ‘possibly the most disgraceful episode in Australia’s military history’.

Reynolds, the defence minister, said the findings were ‘distressing for everybody who has or still does wear the uniform’.

‘But if you look at it the other way, the fact is we have faced up to this because it doesn’t represent our values as a nation, it does not represent the values of the Australian Defence Force, and we have to tackle it, but to tackle it we have to be honest and it has to be transparent,’ she said. 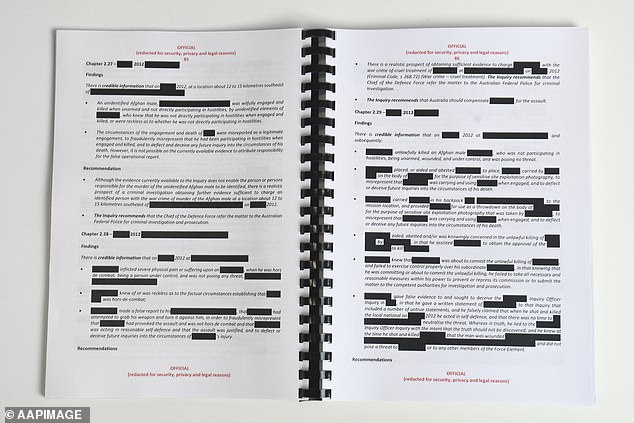 The findings point to a culture of violence, mistreatment of war prisoners and secrecy (pictured, pages of the redacted report)

Afghanistan’s government voiced its ‘disgust’ over the contents of the report, but also described the inquiry was an ‘important step towards justice’ for the ‘unforgivable’ alleged crimes.

Morrison last week told Australians to brace for the ‘honest and brutal truths’ in the document, and called Afghan president Ashraf Ghani to warn him of ‘disturbing allegations’ that the government was taking ‘very seriously’.

Ghani’s office said Morrison had ‘expressed his deepest sorrow over the misconduct’.

Morrison has previously announced a special investigator will pursue possible criminal prosecutions. The position is yet to be filled.

Reynolds said last week that Canberra had been advised that prosecution in Australia would negate charges at the International Criminal Court at The Hague. 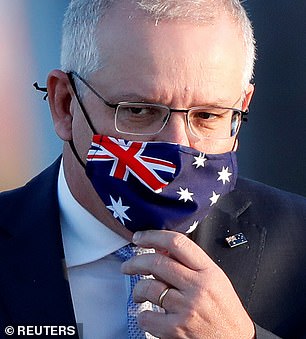 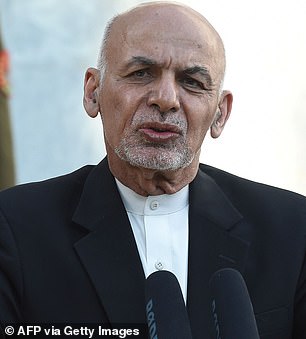 The report ‘clearly demonstrates that Australian forces engaged in murder and brutalisation of Afghans, including children, through deliberate inhumane acts of violence behind which was a consensus that Afghan life, whether of men, women or children, had no inherent worth or dignity,’ the statement said.

‘Only through a series of independent inquiries will we uncover the true extent of this disregard for Afghan life, which normalised murder, and resulted in war crimes.’

Key findings from the report:

Speaking to the BBC, she said: ‘Ultimately, if we’re talking about accountability, this should not just stop with the people who pulled the trigger and killed these people in Afghanistan.

‘This is also about command responsibility and so I think that it’s very important that those who knew or who should have known are also held to account and are held criminally liable for these acts.

‘Because ultimately, this was a culture where killings were normalised, in some cases, encouraged. That culture really needs to change.’

Amnesty International Australia said although it is important to bring justice, families of the alleged victims should be of equal priority.

Australia Governor-General David Hurley, who was chief of the ADF when the alleged war crimes were committed, offered condolences to the Afghan victims’ families.

He said the ‘unforgivable atrocities’ were committed by ‘a small number of individuals and deliberately concealed from immediate chains of command’.

Mr Rudd was Australia’s leader during part of the military engagement in Afghanistan. 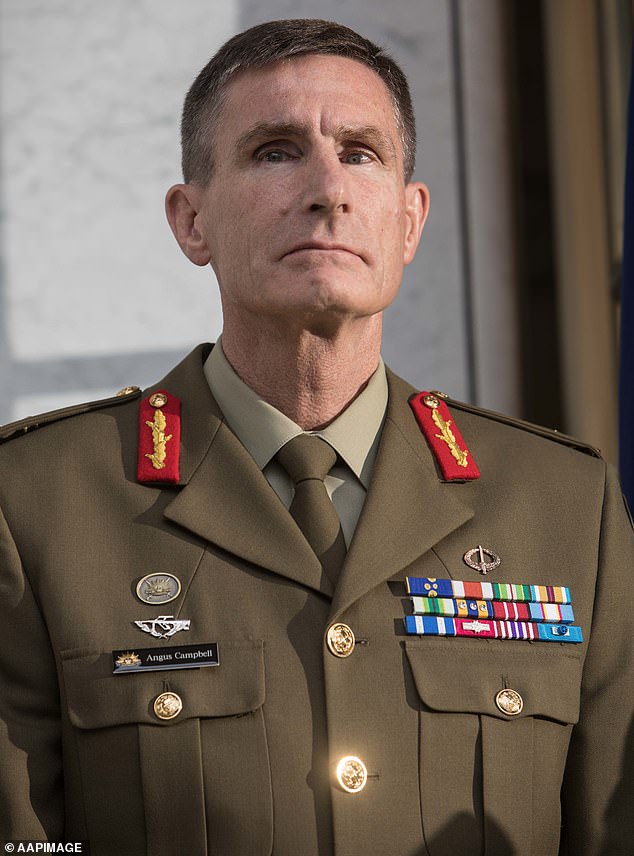 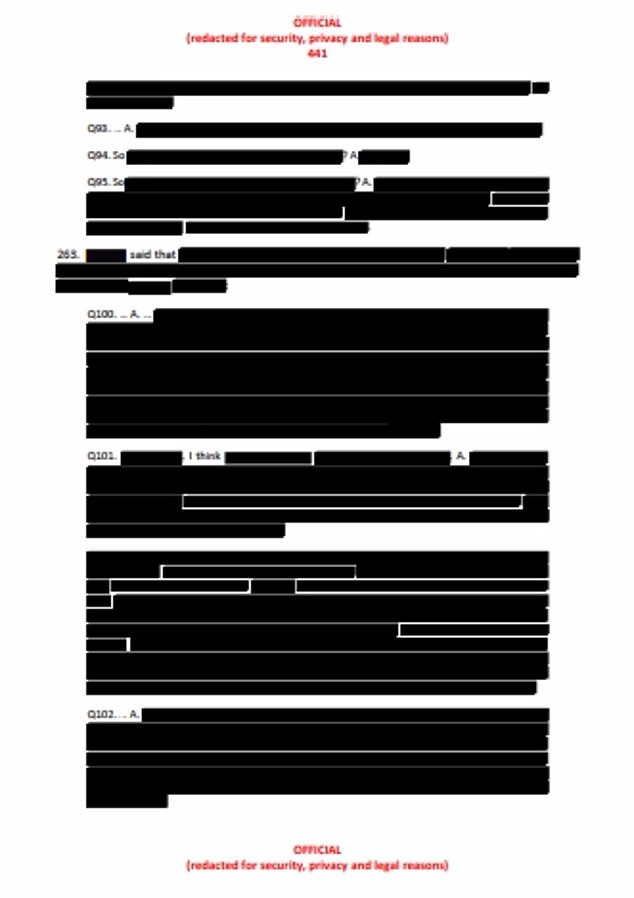 ‘These accounts represent flagrant violations of our solemn legal obligations … as well as a betrayal of the moral and ethical code that Australians expect their military to advance and defend,’ Mr Rudd said.

The Australian Government said it would pay compensation to Afghan families whose loved ones were murdered by Australian soldiers.

Legal cases could take many years and cost both the government and soldiers huge sums of money.

Australian media mogul Kerry Stokes has offered to fund the legal costs of the soldiers accused of war crimes and others dragged into the saga, according to his spokesman.

A fund he has already established can be used to support the soldiers during the investigation by a special prosecutorial unit in the Department of Home Affairs, according to the AFR.

The money could be spent on legal fees, as well as mental health treatment, but Mr Stokes does not control the fund directly and its executors would make the decision.

The alleged crimes: A timeline

* Alleged murders of Afghan combatants separated from their weapons