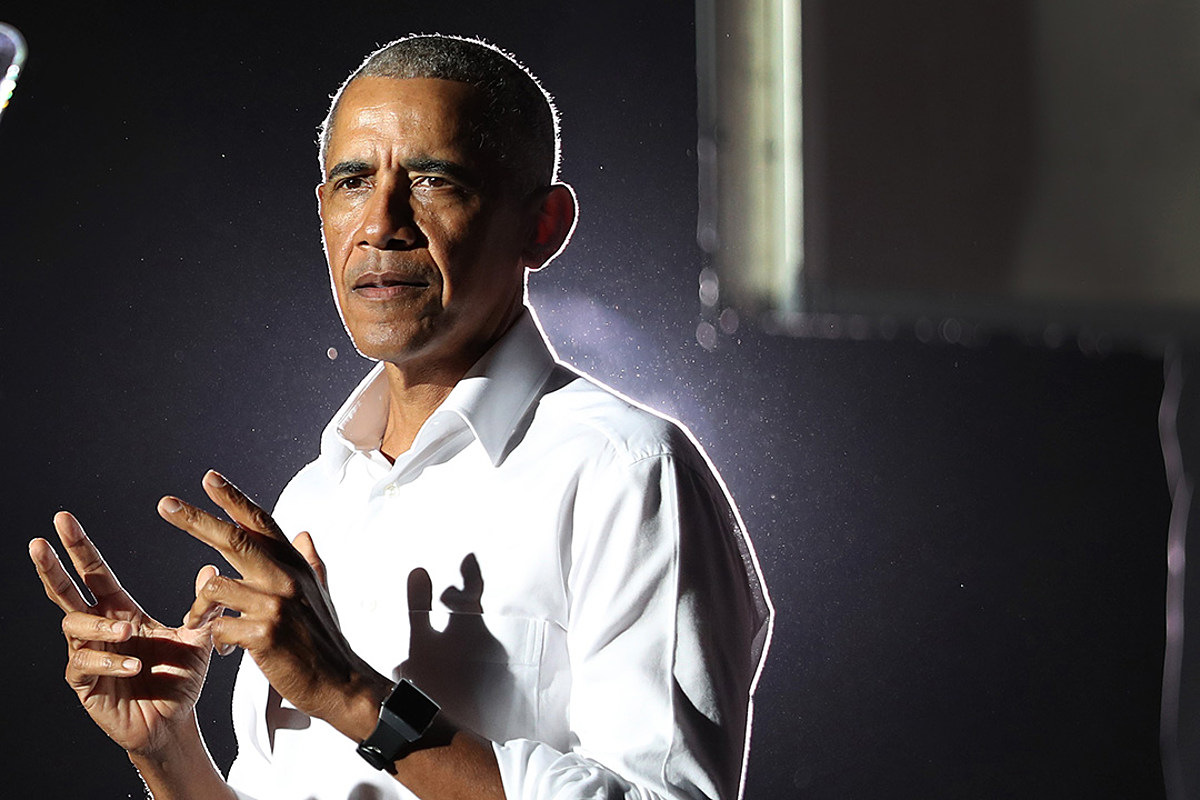 Former President Barack Obama has made an interesting comparison between hip-hop and current Commander in Chief Donald Trump.

During a recent interview with The Atlantic, which was published on Monday (Nov. 16), Obama likened rap music and videos to the success of Trump. While discussing populism—or the political stance that caters to the average person— Obama spoke on the deception perpetuated within the hip-hop industry and during Trump’s presidency.

“It’s interesting—people are writing about the fact that Trump increased his support among Black men [in the 2020 presidential election], and the occasional rapper who supported Trump,” he says. “I have to remind myself that if you listen to rap music, it’s all about the bling, the women, the money. A lot of rap videos are using the same measures of what it means to be successful as Donald Trump is. Everything is gold-plated. That insinuates itself and seeps into the culture.”

Within the hip-hop community as well as across social media and beyond, there have been quite a few conversations about rappers such as 50 Cent, Lil Pump, Lil Wayne and more vocalizing their support for Trump’s re-election. However, was defeated by Obama’s former vice president Joe Biden earlier this month.

Barack Obama hasn’t been one to shy away from publicly displaying his fandom for hip-hop. Back in 2012, shortly after Obama won his second term as President of the United States, he gave a shout out to Jeezy at the White House Correspondents’ Dinner. Jeezy dropped the track “My President” back in 2008, just before Obama became the first Black man to be president.

Will rappers speak out against Barack Obama’s stance? Only time will tell.

What Trucking Company Has the Most Accidents? – The Haitian Times