Behind The Scenes On ‘Feen’ With Trippie Redd 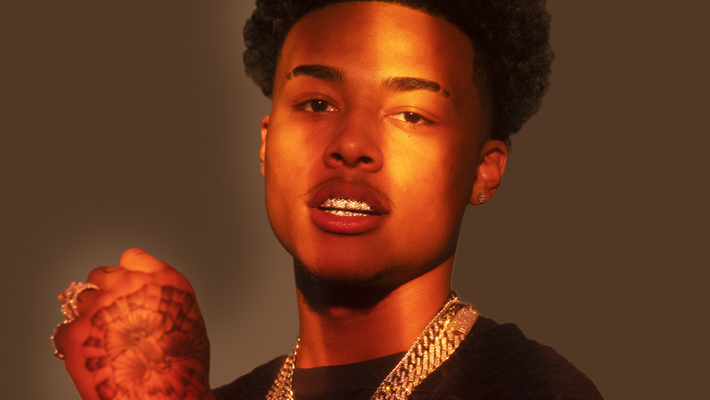 Luh Kel dropped his album L.O.V.E. back in October and ahead of its release the rising R&B star invited Uproxx for an exclusive behind the scene peek at the making of his music video for “Feen” featuring Trippie Redd.

The set I arrived at was located in one of Hollywood’s elusive canyons where it was cold, windy, dusty, with a spread of million-dollar cars on the lot. When I got there, Trippie was shooting his part in the cave, lit by a crackling fire. While Trippie shot his part of the visual, I sat with Luh Kel, who was on day three of the shoot, and he told me more about the creation of “Feen.”

“The meaning of the song is just feigning about a girl when she not around you and you want her around,” he told me in between shots. “I got Trippie Redd on it. I felt like it matched his vibe so we sent him the song. He got on it. Sent it back and we started shooting the video. This is my biggest budget video. I’m flying in the air and getting captured by a gust of wind with a bunch of video effects.”

Directed by Matt Zoley, “Feen” finds Luh Kel dehydrated in the middle of the desert, yearning for his love and reminiscing about the good times before being appeased with a flowing of water that turns into a clear homage to Busta Rhymes’ music video “What’s It Gonna Be?!” Kel and the woman he’s been desiring then ride off in a shiny Lamborghini to a dark cave where Trippie lets off his verse over a warm wood fire while surrounded by angels.

“I recorded it with Scott Storch. He made the beat,” he added. “We was in the studio in February and now it’s October. Trippie just sent the verse last month.”

Luh Kel’s album L.O.V.E. also features additional production from Scott Storch and the 18-year-old musician says he’s just trying to “bring love back into the world” with the project.