Biden win met with mix of relief, coolness and optimism for Haiti – The Haitian Times 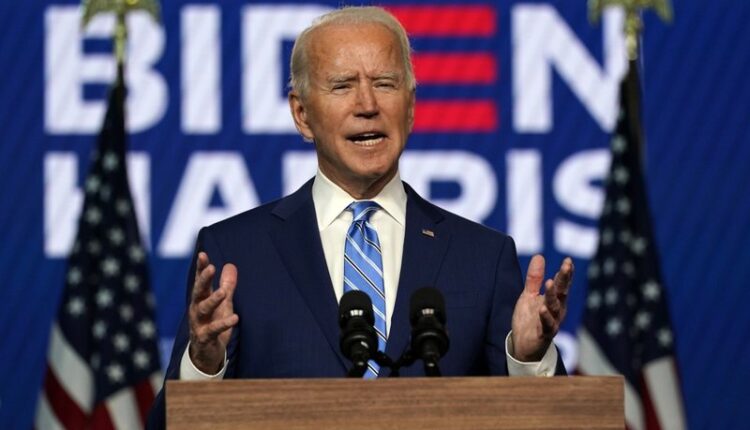 Democrat Joseph R. Biden’s victory won’t change much in Haiti, mired as the country is in economic inequality and political unrest, some observers say. Others, mostly policy experts, insist the new United States administration will have significant influence as Haiti moves forward — with an early, key test being how well Haiti carries out its own elections in 2021.

All agree that for better or worse, the decisions of the world’s preeminent superpower will certainly affect Haiti. Through both its rhetoric and actions, policy experts say, the incoming Biden administration’s responses to increased concern for human rights and changes in immigration policy could certainly distinguish itself from that of President Donald Trump.

The Biden transition team has not yet returned requests from comment. However, during the campaign, Biden’s campaign team released a list of priorities that included effective oversight of U.S. government funds to Haiti and working with the Haitian government to hold prompt elections. Protections for Temporary Protected Status (TPS) holders in the U.S. and a stop to deportations also made the list.

And, with Karine Jean-Pierre set to serve as chief of staff to Vice President-elect Kamala Harris, community members have said the U.S. will likely pay closer attention to Haiti.

Jean-Pierre told The Haitian Times in an Oct. 14 interview that Biden’s commitment to the Haitian community “is rooted in a fundamental belief in the unlimited potential of our community and ensuring that the Haitian people are treated with [the] respect and dignity that they deserve.”

Haitian President Jovenel Moïse joined most of the world’s leaders to congratulate Biden on his victory. Moïse said via Twitter, “The USA is an important ally for Haiti, and I look forward to continued cooperation with this friend.”

Other leaders also said they were breathing a sigh of relief because, unlike Trump’s personality-driven leadership, Biden has respect for institutions and the rule of law.

Among regular Haitians, the view is that Haiti will not be any greater of a priority for the new administration than it has been for the current. That reality, they say, underscores why Haitians must rely on themselves to make the country better.

“I don’t think when Biden comes to power in January, he’s going to focus on Haiti’s issues first,” Jerome said. “The United States has many issues waiting for him.”

Port-au-Prince resident Peterson Cledanor, 24, said opportunities for change will depend on the relationship Biden’s administration forms with Haiti’s ruling party.

“Since Biden is a Democrat, there are some small things that might change, it will depend on how PHTK will negotiate with Joe Biden’s team,” Cledanor said.

Haiti’s PHTK is the political party that brought Moïse to power. It has been likened to Trump’s Republican party for some of its populist messaging and brash leadership style. The Haitian president, along with other Caribbean leaders, also made a trip to Trump’s Mar-a-Lago home that some saw as obsequious.

“None of them rejected what Trump said or tried to put him in his place,” said Raphael, a Port-au-Prince resident and medical student.

Haiti elections as an early test

Affronts aside, all eyes are on the PHTK to see how it will run Haiti under Biden. After Haiti failed to hold parliamentary elections in 2019, Moïse has governed mostly through presidential decree.

François Pierre-Louis, a political science professor at Queens College in New York, said Moïse’s attacks on the judicial branch and propensity to rule by decree are similar to Trump’s governing style.

“The Haitian president is governing like how Trump wanted to govern in the States,” Pierre-Louis said.

Recently, the question of when to hold legislative elections has provided the backdrop to U.S.-Haiti relations. In October, the U.S. State Department encouraged Haiti to hold legislative elections no later than January 2021. Foreign governments have raised doubts about whether political and security conditions in Haiti can support legitimate elections. One issue further complicating matters is disagreement over whether Moïse’s term should end in 2021 or 2022.

If Haiti does hold fair legislative and presidential elections, Pierre-Louis said the PHTK party would not stand a chance, given its minimal popular support. Reducing the potential for violence by politically connected gangs is a key element in ensuring a fair process.

However, Haiti’s most powerful gangs often have the tacit support of corrupt police, Pierre-Louis said. Police who, under the Trump administration, saw U.S. financial support increase from $2.8 million to $12.4 million.

“The way to cut down the violence is to stop these people from importing weapons to Haiti,” said Pierre-Louis, noting that Biden’s team can use its influence to restrict the flow of arms.

The flawed 2010 elections excluded major political parties and undermined confidence in the democratic process. Observers worry about similar consequences from a flawed 2021 election.

Uneven diplomacy under Trump to redress

The Trump administration and the Moïse government forged close ties.

During Moïse’s Mar-a-Lago visit, Trump agreed to explore U.S. investment opportunities in Haiti. Two months later, the U.S. government inked a $19.5 million deal for a hotel in Cap-Haitien, and officials touted the agreement as a job creator.

In other areas, Trump’s administration pulled back on diplomacy. In 2017, it removed the State Department office that helped oversee earthquake reconstruction. It also reduced support for the Caracol Industrial Park community development project meant to create housing and jobs after the 2010 earthquake.

“Once Trump came in, that wasn’t a priority,” Pierre-Louis said. “Hopefully diplomacy will come back with Biden, and the issues will be looked at more professionally.”

Pleasing the Haitian-American voter base

Stateside, the immigration policies Biden has outlined will affect Haiti. Keeping TPS intact for nearly 60,000 Haitians, a campaign promise to counter Trump’s efforts to end the program, will allow residents to continue supporting families in Haiti with their incomes.

Another measure the Trump administration encouraged is Title 42 expulsions, which enables authorities to deport people who have not gone through asylum or immigration processing.

“One easy fix is to reinstate this program and the Biden folks have already promised that they’re going to do this,” said Steven Forester, immigration policy coordinator at the Institute for Justice & Democracy in Haiti.

With the advent of COVID-19, observers have feared that deportation of people who carry the coronavirus could be devastating for Haiti.

All these issues serve as a strong incentive for Biden’s administration to address, given the growing political power of the Haitian diaspora, if nothing else. This influence can be seen in the higher number of Haitian-American elected officials and Biden giving senior-level posts to Jean-Pierre and the Florida Senior Campaign Advisor Karen Andre, Pierre-Louis said.

“We have a lot of elected officials, we have Haitians becoming U.S. citizens in a lot of places,” Pierre-Louis said. “They can make a difference in who gets elected.”

Sam Bojarski has been covering Haiti and its diaspora for The Haitian Times since 2018. He is currently covering New York’s Haitian community as a Report for America corps member.

Davido Reveals When The Tone of #ABT Was Set