Blac Youngsta Was Arrested In Dallas On A Weapon Charge 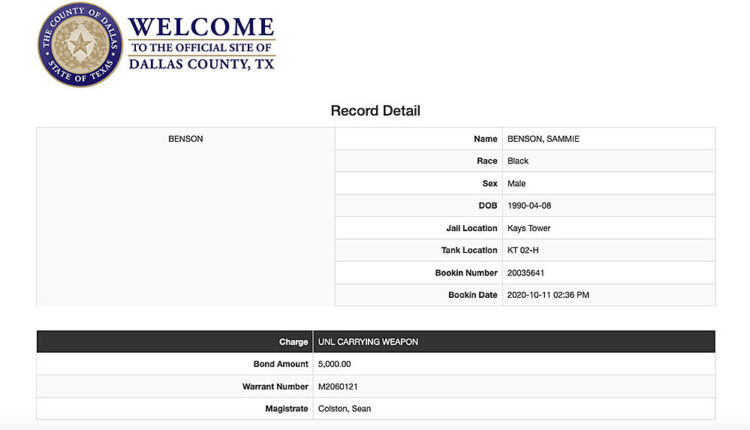 
Memphis rapper Blac Youngsta was arrested in Dallas over the weekend on a weapon charge, according to XXL. Blac Youngsta, aka Sammie Benson, was picked up for unlawful possession of a firearm by a felon on Sunday (October 11) during a traffic stop. During the stop, the arresting officer reported that he found a handgun between Benson’s legs.

Blac Youngsta was booked at the Suzanne Lee Kays Detention Facility and posted a $5,000 cash bond early this morning. He seemed unfazed by his stay in the jail, posing in a photo with his attorney Andrew Wilkerson on Instagram. Wilkerson captioned the photo, “Oh… cause I thought an attorney that’s all cap said something…. I stay on the job… he say ‘I like ya energy my n***’ naw fr.. this my city!”

Blac Youngsta, who rose to prominence in 2017 with the viral single “Hip Hopper,” has had his fair share of run-ins with the law. In January 2016, employees at a Wells Fargo believed that the rapper was robbing the bank when he withdrew $200,000 from his account, calling the police, who released him at the scene and prompted him to accuse police and Wells Fargo employees of racial profiling. In 2017, Youngsta was arrested for allegedly shooting at Young Dolph’s bulletproof SUV over 100 times. In 2019, the charges were dropped.

Most recently, Blac Youngsta released a joint album with fellow Memphis rapper Moneybagg Yo, who had some firearm problems himself last month.

Anti-Macron fury continues to rage across the Muslim world