Blackway’s ‘Heavyweight’ Is The First NFL Song Of The Season 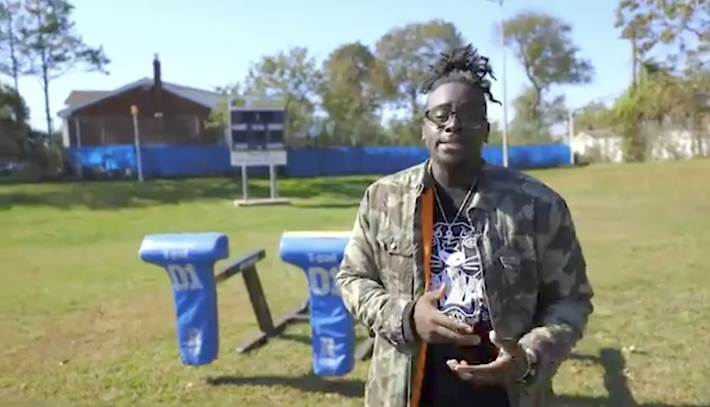 
The NFL season has begun, bringing with it the Songs of the Season campaign. The aim for Songs of the Season is to highlight emerging artists by incorporating their music into broadcasts throughout the season, donating the proceeds to organizations chosen by the Jay-Z-led Inspire Change initiative. While last year’s season included contributions Lecrae, Royce Da 5’9″, and SASH, the first song of this year’s campaign is Ghanaian-American rapper Blackway’s “Heavyweight.”

Blackway, born in Brooklyn and raised in Ghana, is best known for contributing the song “What’s Up Danger” to the Spider-Man: Enter The Spider-Verse soundtrack. “I like to make music that motivates people,” he explains of “Heavyweight” in the press release. “My fans tell me those types of songs make them feel like a superhero. I wanted to bring that same energy when I got the opportunity to work on this song for the NFL. I feel like athletes are the closest thing we see to superheroes and being able to give back through my music with Inspire Change makes me feel like one, too.”

The NFL recently rescheduled eight games as a result of positive COVID tests among players, while things are looking grim for the Cowboys and Falcons; Dallas QB Dak Prescott was carted off the field after a gruesome ankle injury in Sunday’s game against the Giants, while Atlanta fired head coach Dan Quinn and General Manager Thomas Dimitroff after a horrendous 0-5 start.

Listen to Blackway’s “Heavyweight” above.