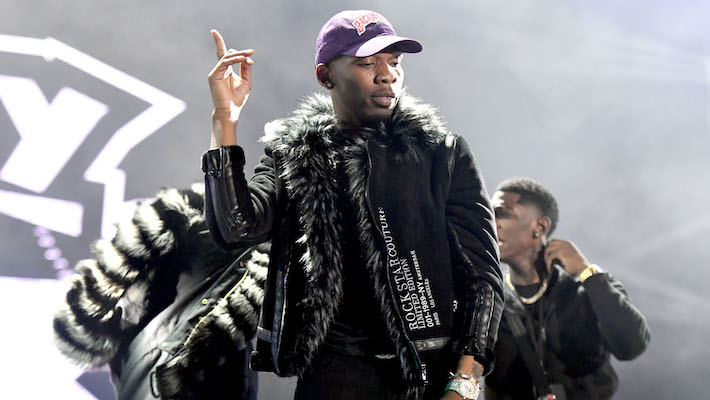 You’d think after so many rappers have put their feet in their mouths on Instagram, they’d learn to self-edit, if not hire social media managers to handle their fan interactions. Doing so would certainly have helped Memphis rapper BlocBoy JB, who incurred a backlash from fans over his opinion on the upcoming next-generation video game consoles during a recent live stream on Instagram. When he was apparently asked about which console he preferred, he offered some controversial — and let’s face it, offensive — reasoning for choosing the new Xbox over the PlayStation 5.

While it’s likely he was trying to make a joke, fans quickly reversed his “calculations” on him, turning him into the butt of the joke — which we’re sure he enjoyed. They pointed out how illogical his conclusion was by noting that many of the games on both systems fall under stereotypically masculine pursuits like combat, sports, and various combinations of the two. As one fan put it, “@BlocBoy_JB thinks I’m gay because I play violent manly video games on my manly Playstation when I’m gay for many other reasons outside of that.” Check out some of the responses below.

the homophobia that just left your mouth just shows once again how obsessed you heterosexual men are with the #LGBTQ+ community. https://t.co/GlC66xAZsy

Blocboy said Xbox was for the heteros and PS5 was for the lgbt and now look. Sounds like the gays won this round.