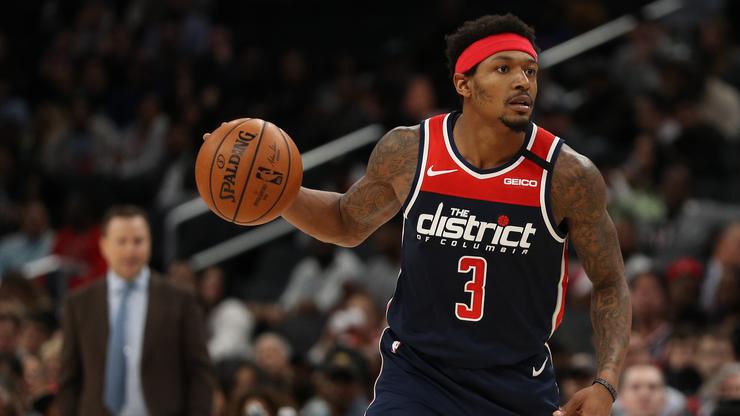 Bradley Beal is the first player to average 30 points and not make an All-NBA team.

Bradley Beal had an incredible season with the Washington Wizards as he maned to average 30.5 points per game. Unfortunately, the Wizards roster simply wasn’t good enough to reach the postseason, although Beal put them in a position to win, every single night. Despite this, Beal was unjustly snubbed from this year’s All-NBA teams. Even after averaging over 30 points, the NBA refused to even put him on the All-NBA third team. This decision ultimately upset fans, Beal included.

Recently, Beal’s wife Kamiah Adams-Beal took to Twitter where she voiced her own displeasure over the decision. As she explained, she doesn’t want to disparage anyone that did make the list, although she wants it to be known that her husband certainly deserved his spot.

“I’m not here to say who shouldn’t have made it. Not my place. HOWEVER I am here to and will CONTINUE to be VERY vocal on saying BRADLEY BEAL IS A F-ING ALL STAR AND ALL NBA!!!!!!!!!! Put some respect on his name!” she wrote.

While this snub will probably sting for a while, there is no denying that it will be great motivation for next season, especially with John Wall coming back into the lineup.

Journée mondiale « Clean up the planet »