Busta Rhymes And Anderson .Paak’s ‘Yuuuu’ Portrays Them As Enemies 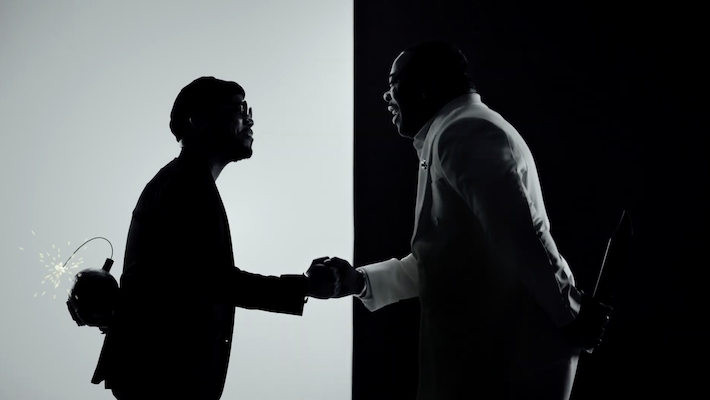 Earlier this year, Busta Rhymes announced he is preparing the release of his upcoming album, Extinction Level Event 2: The Wrath of God with the release of “The Don & The Boss” with Vybz Kartel. The album will be the successor of his 1998 album, E.L.E. (Extinction Level Event): The Final World Front. Pushing forth with the album’s rollout, the Brooklyn rapper inks and a cross-country connection by recruiting Anderson .Paak for his new single, “Yuuu.”

The single arrives with a matching that visual that presents Busta and .Paak as swore enemies who both aim conquer one another and come out as the superior being. The song is also the second times Busta and .Paak have worked together after they last connected in 2018 for their “Bubblin” remix.

The song arrives just a week after Busta Rhymes joined Trippie Redd for their “I Got You” single. Clearing a sample of his 2002 track, “I Know What You Want” with Mariah Carey, Busta played the OG role for the young rapper in the song’s music video. As for .Paak, the song is another addition to a fairly active year for the California native. After kicking his year off with “Lockdown” track, which was later remixed by Jay Rock, JID, and Noname, .Paak would later tap Rick Ross for a verse on his “Cut Em In” single, before he lent his vocals to India Shawn’s “Movin” and Big Sean’s “Guard Your Heart” track off his newly-released chart-topping album, Detroit 2.

Press play on “Yuuuu” above.

Scott Morrison reveals when strict travel caps will be lifted