Cardi B Apologizes To People Offended By Hindu Goddess Photoshoot 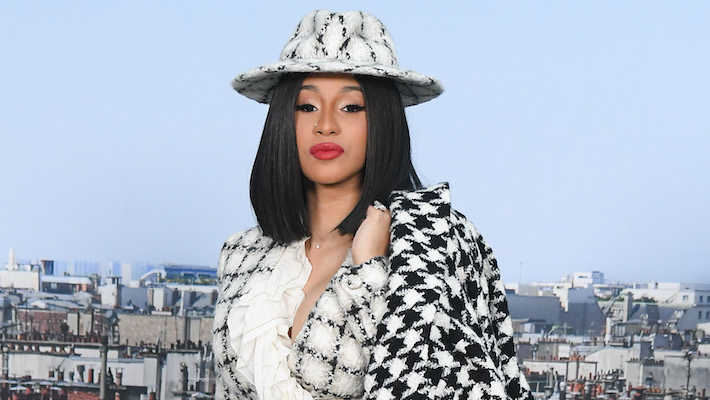 Back in October, Cardi B unveiled the Club C Cardi shoe, a collaboration with Reebok that would go on sale on November 13. As a part of its rollout, she did a cover shoot for Footwear News, but the resulting image received a large amount of criticism after it appeared to emulate the Hindu culture, which many found disrespectful.

Cardi b did not pay “homage” to the Hindu goddess Durga by holding a shoe in her hand, this is plain disrespect and in no way cultural appreciation. she can’t getaway with this without addressing and apologizing for mocking our culture pic.twitter.com/ZLVcz0mBlB

you’re fucking kidding this is so disrespectful to hindu culture?? how do celebrities not understand that using other people’s culture to promote their brand is wrong on so many levels!? On top of that they’re comparing CARDI B to a hindu goddess… worms for brains. pic.twitter.com/Oz7g79VMqn

One person labeled it as “plain disrespect,” saying that the cover is “in no way cultural appreciation,” while another asked, “how do celebrities not understand that using other people’s culture to promote their brand is wrong on so many levels!?” In response to the backlash, Cardi apologized for offending people with the photoshoot.

“When I did the Reebok shoot, the creatives told me I was going to represent a Goddess; that she represents strength, femininity, and liberation, and that’s something I love and I’m all about,” she said. “And though it was dope, if people think I’m offending their culture or their religion I want to say I’m sorry. That was not my intent. I do not like disrespecting nobody’s religion. I wouldn’t like people to offend my religion.” She added, “I wasn’t trying to be disrespectful; maybe I should have done my research, I’m sorry, I can’t change the past, but I will do more research for the future.”

Footwear News also shared a statement on the issue with People. “Yesterday we posted content from our exclusive Cardi B cover shoot. One of the images was intended to pay homage to Hindu goddess Durga, and our intent was to show a powerful woman,” the magazine said. “However, we realize we were not considerate of certain cultural and religious perspectives and how this could be perceived as deeply offensive.” They added, “Today, we’re releasing another cover from the shoot that was a subscriber exclusive.”