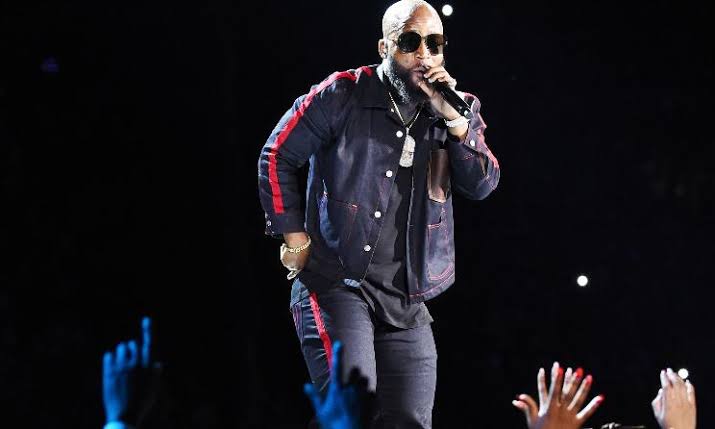 Cassper Matches His Stage Presence To The One Of Legendary Singer Michael Jackson. When Mufasa started pulling off his #FillUp shows becoming a centre to thousands of fans who paid to see him, he made history in SA Hip Hop. To boast more about the success no SA rapper has reached, Cassper compared himself to Michael Jackson.

Every person who knows about the legendary star Michael Jackson would vouch to how the love people had for him compares to nothing. It has been proven many times with how his stage presence led to fans collapsing at the over-excitiment of seeing him before he even pulled off his unique classic performances. A clip has been circulating dating back to the 90’s when Michael stood for a few minutes in front of millions of fans and they literally fainted.

A fan wrote about no artist in SA can match up to the effect Michael had on his fans. That’s when Amademoni rapper reminded people that in 2016 he actually did the same thing Jackson did.

“I did this throughout 2016. I wanted to see how big I was and if I was a star outside of the hits. Worked everytime,” he wrote.

I did this throughout 2016. I wanted to see how big I was and if I was a star outside of the hits. Worked everytime. https://t.co/K5mgJtWXJN

Cuomo warns of ‘dangerous’ holiday season which could put 6,000 in hospital

Korn Have ‘Exciting News’ After ‘Throwing Around’ Ideas

Ryanair ‘jab and go’ advert described by advertising watchdog as…