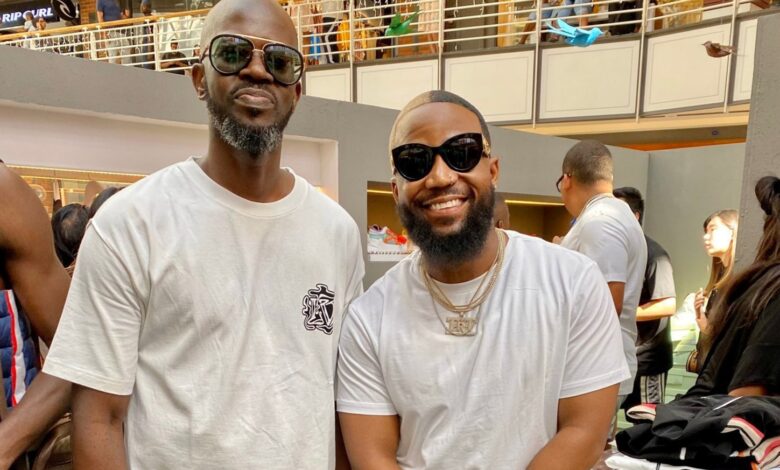 Cassper Reveals 2 Major International Rappers Black Coffee Casually Texts With! Everyone knows Cassper Nyovest and DJ Black Coffee share a special bond. In his interview with Slikour, Cassper went in detail on how much Black Coffe is an inspiration to him.

Cassper revealed Black Coffee as one of his biggest inspirations saying he doesn’t think South Africans understand just how big Black Coffee is internationally as he only found out when he went to Ibiza a few years ago. To further explain how big of a deal the DJ is, Cassper revealed the two arguably biggest rappers in the world that casually texts with Black Coffee.

“The same way I showed you Whatsapp conversation with Anthony Hamilton, Black Coffee showed me conversations with Drake. He was like, “I was talking to Drake…”, I’m like “whaaat the f*ck?”,” Cassper shared joking about how he almost sent a voicenote (to Drake using Black Coffee’s phone) nyana rapping like ‘yo Drizzy check this out‘.

“Black Coffee….he showed me texts with Jay-Z the other day. He was talking to Jay-Z and Jay-Z was asking him where is he in the world, imagine. Imagine getting a text from Jigga saying ‘yo man, I don’t even know where you’re in the world but I’m tryna do this’ and I’m like yho!,” Cassper said.

Cassper went on to add that as far as entertainment goes, Black Coffee is the guy he looks up to.

Pharrell Is Launching A New Film Series With MasterClass

JUST IN: JAMB says it might shift the 2021 UTME