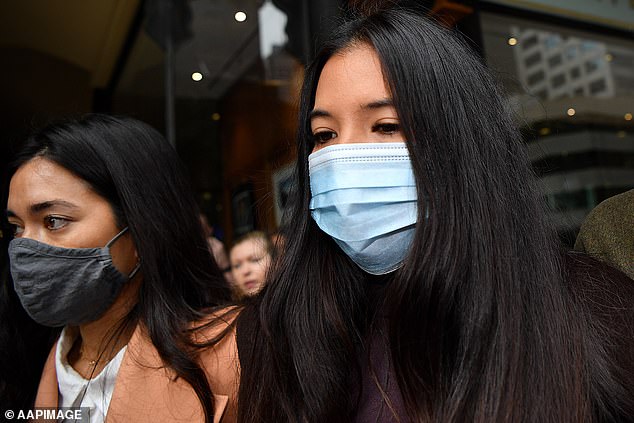 The daughter of leading neurosurgeon Dr Charlie Teo due to face trial over a crash which left a former bikie boss fighting for life has had all her charges dismissed.

Nicola Annabel Teo, 26, was flanked by friends and her mum Genevieve when she arrived at Sydney’s Downing Centre District Court on Tuesday over the 2019 crash north-west of Sydney that left former Comanchero boss Jock Ross in a critical condition.

She was due to face a five-day trial after she pleaded not guilty to four charges, including dangerous driving occasioning grievous bodily harm.

Prosecutors told the court on Tuesday they would drop all charges, which were formally withdrawn and dismissed by Judge Warwick Hunt.

‘Ms Teo, that means that there’s nothing that holds you here – you’re free to go and get on with your life,’ he told the woman as her supporters gasped in shock.

Teo, from Bondi had been accused of dangerously driving on the wrong side of the road when she crashed into Mr Ross, 79, at Lower Macdonald, north-west of Sydney in September 2019.

Mr Ross was airlifted to Westmead Hospital in a critical condition when his motorcycle collided head-on with Teo’s Toyota Landcruiser.

‘I was dead, they didn’t think I would make it to hospital,’ he later told The Daily Telegraph.

Teo was said to be ‘shaken up’ at the time after she was charged over the crash. 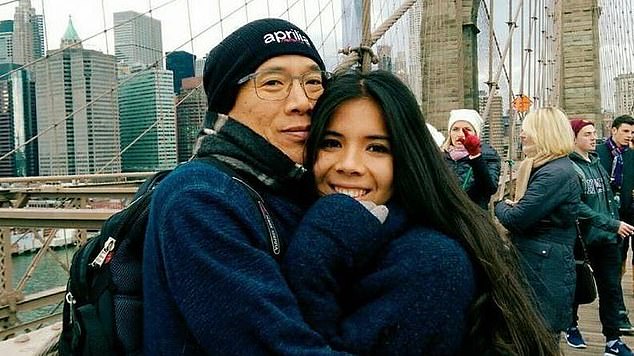 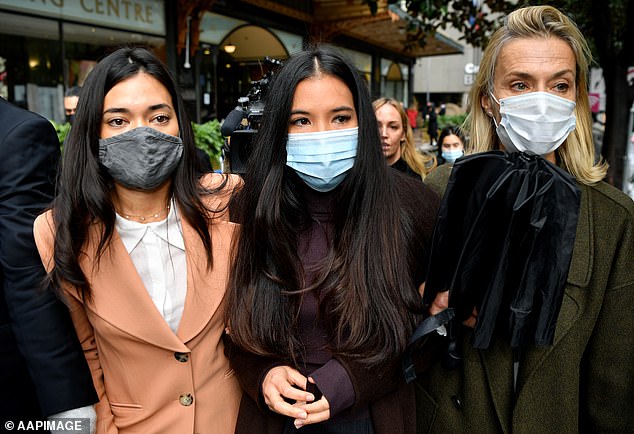 A relieved Nicola Teo (middle) leaves court after her case was dismissed on Tuesday, supported by supporters including mum Genevieve (right)

The scheduled trial was due to start on Monday but was delayed for a psychiatric report to be prepared.

Teo was facing a maximum jail term of seven years and made no comment to media as she left court flanked by her supporters.

Mr Ross’ disappointed daughter Holly Gittany described the outcome as ‘not right” and that her father had been changed forever by the ordeal.

‘It just needed to be fair. My dad will never be the same again. He had to stand down from his job with the fire brigade.’

‘My dad was severely injured, my dad spent months in hospital, I was told that morning that he wasn’t going to survive.’ 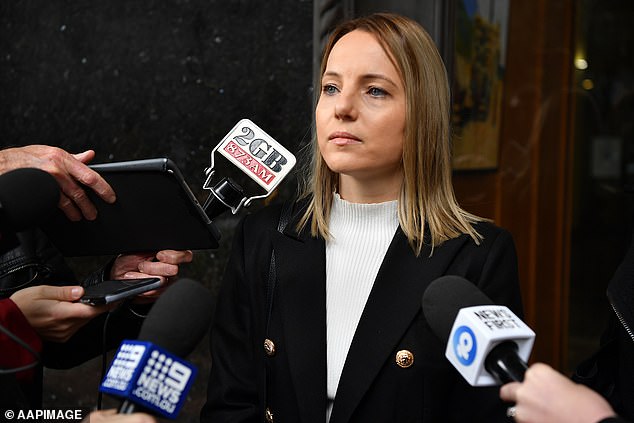 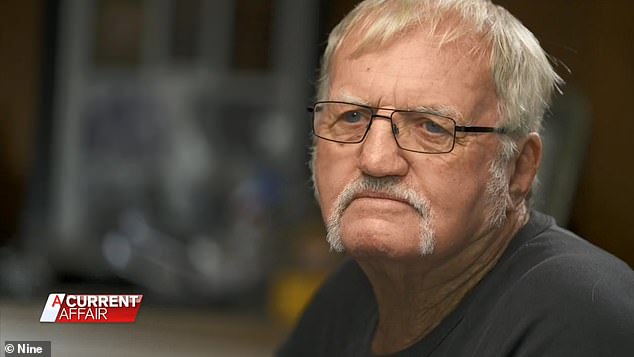 Ms Gittany added the family were given no pre-warning that the charges would be dropped.

Mr Ross was believed to be inconsolable after hearing the outcome.

‘It’s just not right, he’s having ongoing treatment for his leg, it’s a never ending battle, he’s inconsolable at the verdict,’ his wife Vanessa told the Daily Telegraph.

‘That accident totally changed his life, it’s changed all our lives, Jock has had to stand down as captain from the fire service. He’s not been the same since that accident.’

A  Glasgow-born former soldier, Mr Ross founded the Comancheros in the mid 1960s.

he led them into the 1984 Milperra Massacre, in which four of his men as well as two Bandidos and a 14-year-old girl died.

He took a gunshot to the head which gave him vision loss and a brain injury – but he survived.

Ross was jailed for murder in 1987 over his role instigating the massacre. He was released in 1992 after serving just five years. 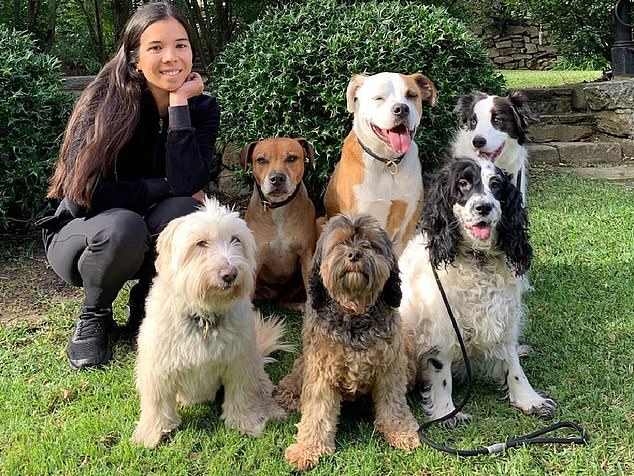