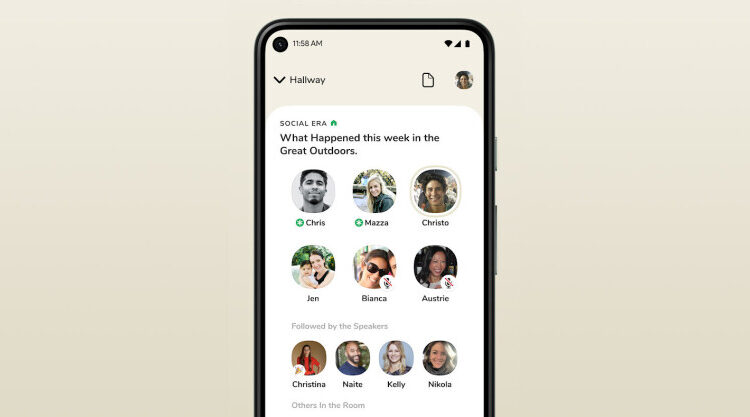 While Clubhouse is very popular among live-audio social network enthusiasts, it lacks one major feature users would give anything for: direct messages.

It’s annoying when you’re engaged in a lively room, and want to connect to someone, you have to go to their profile, find their Twitter or Instagram handle and message them there. That’s probably about to change.

Clubhouse accidentally leaked its under-development chat feature called Backchannel. This UI element disappeared very quickly after some users noticed it, so we don’t know much about how it’ll supposedly work. Check out the video in the tweet below for a glimpse of the feature.

Seems it’s rolled back now but from what I saw it was beautiful!!

On stage > move to hallway > hit arrow > back channel popped up! @jowyang@GaryLHendersonpic.twitter.com/5bJfVlg7t5

The company’s founder had previously mentioned the possibility of building a DM backchannel in a townhall room. He said that the company has to think about making “sure that the feature enhances the experience rather than taking away from the experience.” Potentially, he’s referring to a scenario where users may send unsolicited messages to others.

Here’s a comment where @pdavison mentions the need for a backchannel of sorts (where people can DM each other) for @Clubhouse during a recent town hall.

We’ve asked Clubhouse for a comment, and we’ll update the story if we hear back.

This new development comes days after Spotify launched its own real-time conversation app called Greenroom. Incidentally, that app has a chat feature that lets you connect with another person in the app via text. With the number of live audio apps rising, Clubhouse wouldn’t want to miss out on critical features like this and potentially lose users early in this game.

Did you know we have a newsletter all about consumer tech? It’s called Plugged In –
and you can subscribe to it right here.