A Melbourne small business owner who reopened his store despite the threat of a huge fine has received an outpouring of support in the community.

Harry Hutchinson’s menswear store ‘Harry’s Clothing’ in Berwick in Melbourne’s southeast reopened on Monday despite the risk of a $10,000 fine for breaking lockdown rules.

The 68-year-old told Daily Mail Australia he had received overwhelming support from customers and businesses since his controversial decision, leading to the busiest two day period in his 15 years of business.

The trade period proved too much for Mr Hutchinson’s available merchandise, forcing him to close the store on Thursday, but only to restock his shelves.

‘Due to the overwhelming support from our fabulous community and far beyond, we need to close our doors to re-stock and fulfill our on-line orders,’ Mr Hutchinson posted on Facebook.

‘I will be in store for click and collect and we look forward to re-opening in the coming days. This is certainly not a stand down – we just need to re-group and re-fill.

‘I cannot thank you enough for what has transpired over the last few days. Let’s get this country back to work!’

The post drew hundreds of comments from shoppers giving Mr Hutchinson their full support in his stand against Melbourne’s stage four lockdown restrictions.

‘Thank you for stepping up to safe your business. You are a leader and not a follower. I for one will make an effort to support your shop. May many more businesses follow your lead,’ one comment reads.

‘You are fighting for so many. I know where I will be buying my clothes going forward,’ another post says.

‘Well done for standing up for your right to make a living and exist. Thank you to all those who have supported this business. Together we can return some sense (and cents) to our community,’ another comment reads.

‘I think all small businesses should open up. There’s safety in numbers. This should have happened a week ago,’ he said. 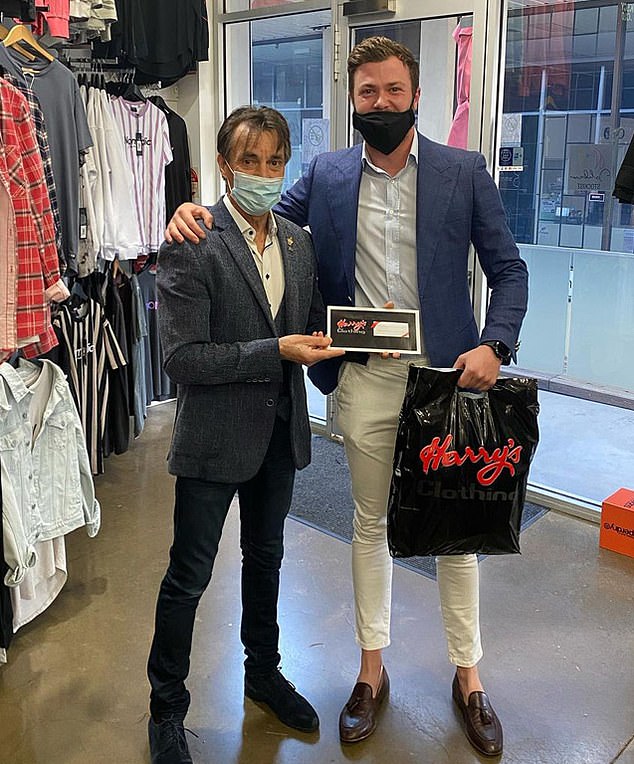 ‘If you don’t open up, chances are you will not open. Each week is another month that you’ll go broke.

‘We’re not breaking the law. We just want to do our business.’

Stage four restrictions in Melbourne were flagged to be fully lifted by October 19 before Premier Andrews on Sunday extended the State of Emergency and State of Disaster, keeping businesses closed for another four weeks.

Mr Hutchinson said he has been living off JobKeeper payments and his savings in lockdown and believed the time was now for the state to open up.

‘I don’t want to be on JobKeeper or government support. I want my own income,’ he said.

‘Lockdown has gone on for too long. We need to be opening up the state.’

The threat of a fine became very real for Mr Hutchinson on Wednesday, with Victoria Police attending his store and threatening him with a $10,000 fine for opening his store. 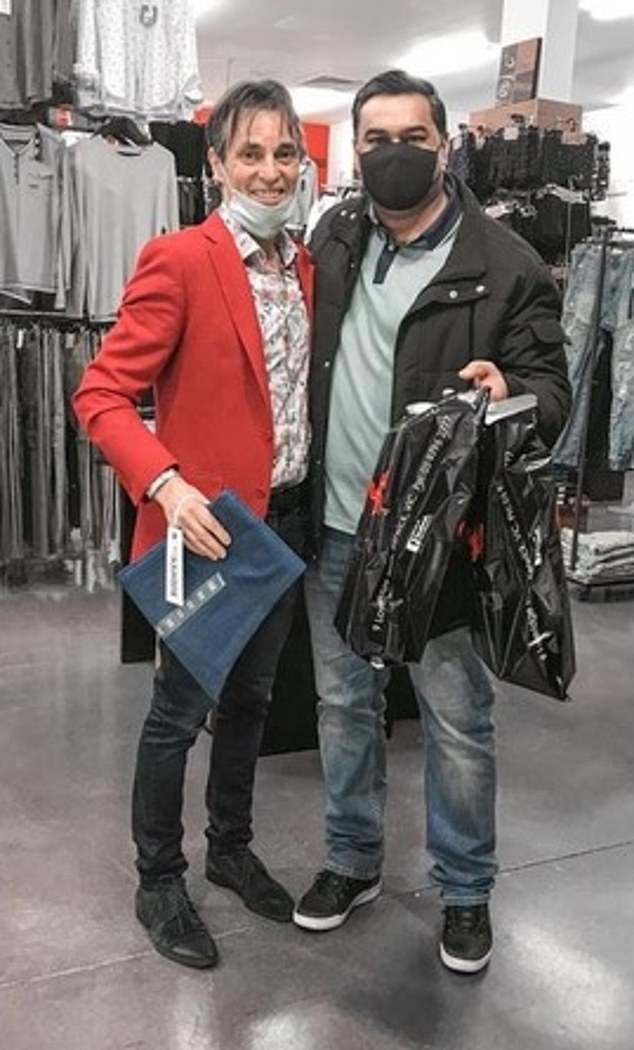 A Victoria Police spokesperson told Daily Mail Australia Mr Hutchinson would be receiving a fine from police for reopening his doors.

‘Police attended a business on Loveridge Walk in Berwick on Wednesday 14 October, where a business owner appeared to be operating in breach of the stage four chief health officer directions,’ they said.

‘Police have investigated the incident and issued a fine for $9,913. The business owner will receive his infringement in the mail.’

Mr Hutchinson said the fine had not deterred him from his plight.

‘I’m going to step up,’ he said. ‘I’m more determined than ever. The fight has got to continue.’

‘When I opened I honestly thought I’ll push the boundaries. I was desperate and I know I’m not the only one.

‘My intentions were just for me to survive and then I realised that every small business needs to.’

He said is not planning on paying up and was staying open for the livelihood of his business into the future. 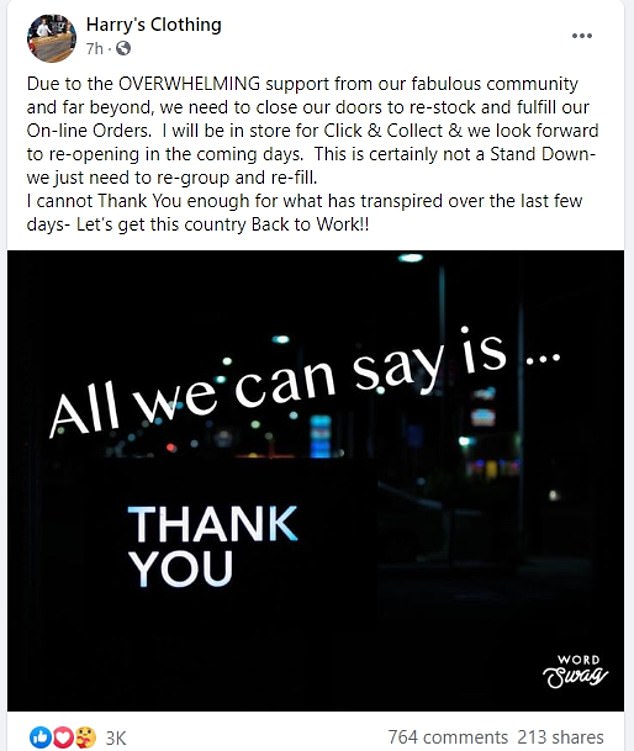