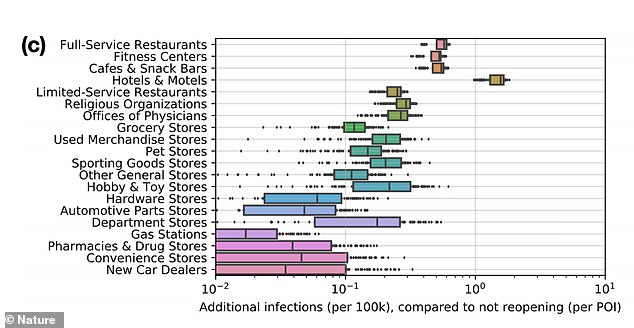 Researchers have developed a computer model that has predicted millions more people would be infected with coronavirus if coffee shops, restaurants and gyms were opened at full capacity in major US cities

The model from Stanford University looks at three factors that play a role in infection risk: where people go during the day, how long they stay, and how many other people are visiting the same place at the same time.

It found that most cases of the virus occur at ‘superspreader’ sites, such as coffee shops, full-service restaurants and gyms, where people are close together for extended periods of time.

However, limiting capacity in these locations could reduce the number of infections by as much as 75 percent.

The team, from Stanford University School of Engineering, says its model can be used as a tool for officials to determine the tradeoff between new infections and reopening businesses, even at limited capacity.

A computer model from Stanford University found that most COVID-19 infections occur at ‘superspreader’ sites, such as full-service restaurants, gyms and cafes (above)

However, millions of cases could be avoided if businesses reduced their capacity (above) 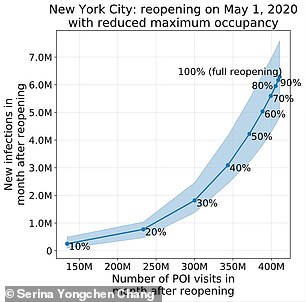 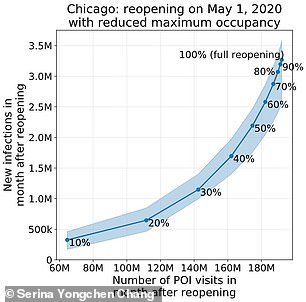 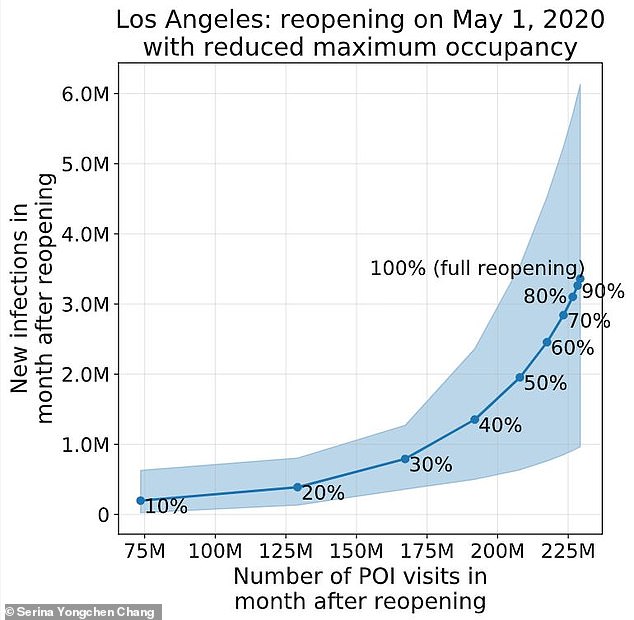 In Los Angeles, full capacity would lead to more than three million new cases but limiting occupancy reduce the number of infections by 75% (above)

‘We built a computer model to analyze how people of different demographic backgrounds, and from different neighborhoods, visit different types of places that are more or less crowded,’ said Dr Jure Leskovec, an associate professor of computer science at Stanford University.

‘Based on all of this, we could predict the likelihood of new infections occurring at any given place or time.’

It looked at which establishments people visited each day, for how long they did so, and the square footage to determine the hourly occupancy density.

In real life, researchers cannot predict when and where a contagious person may come into contact with a susceptible person and spread the disease.

But using the model, the team determined the transmission rate of the virus in each city by computing the probability of infectious events at different places and times.

To make sure the predictions were accurate, they were matched with how many COVID-19 infections were reported to health officials in each city on each day.

For each city, researchers then created a COVID-19 infection-versus-activity trade-off chart.

In Chicago, for example, completely reopening at 100 percent full occupancy would lead to nearly 3.5 million infections over the course of a month.

However, a 20 percent occupancy cap would only lead to about 500,000 new infections – risking only 18 percent of the infections that would occur if public places were to fully reopen.

In New York City, full reopening would lead to more than six million infections in the month after reopening.

But 20 percent occupancy would cut the number of infections by 80 percent.

The top 10 cities each had millions of visits (far right column), but cutting down could reduce the spread of infection 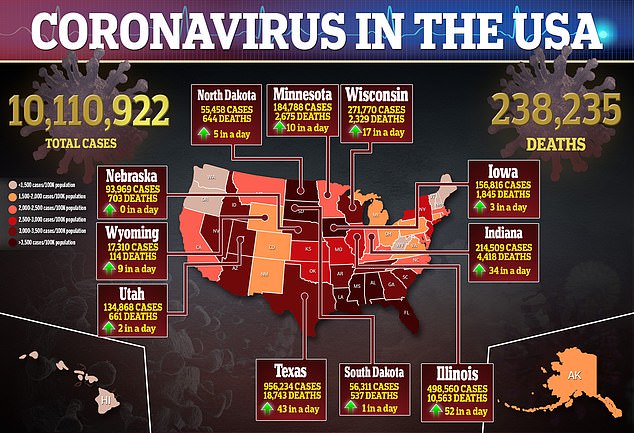 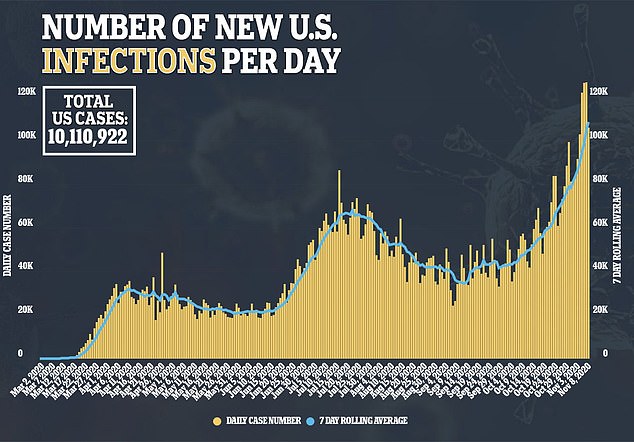 Researchers say the model shows how reopening businesses with lower occupancy caps could help minority communities the most.

‘Because the places that employ minority and low-income people are often smaller and more crowded, occupancy caps on reopened stores can lower the risks they face,’ said co-author Dr David Grusky, a professor of sociology at Stanford’s School of Humanities and Sciences.

‘We have a responsibility to build reopening plans that eliminate – or at least reduce – the disparities that current practices are creating.’

The team is now working on developing the model into a user-friendly tool to be used by policymakers and public health officials.

‘In principle, anyone can use this model to understand the consequences of different stay-at-home and business closure policy decisions,’ said Leskovec.