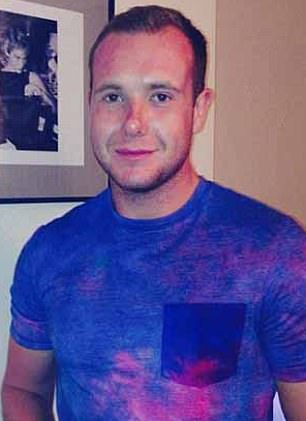 A coroner today slammed health workers’ lack of ‘joined up thinking’ after a psychopathic fantasist was able to murder a history teacher he met on Plenty of Fish.

Carl Langdell, a bogus lawyer, met Katie Locke, 23, through the dating site before going to the four-star Theobolds Park Hotel in Waltham Cross, Hertfordshire, on Christmas Eve in 2015.

After murdering Ms Locke in a room at the hotel, Langdell dumped her body under a bush in a ditch near a skip in the 55-acre grounds.

Three weeks earlier Langdell, who died aged 30 in prison earlier this year, had received a suspended sentence for making two threats to kill.

Over the previous nine months he had also been ‘managed’ by five different organisations – Avon and Somerset Police, Hertfordshire Police, Mental Health Services in Somerset and Hertfordshire and the Probation Service.

When Ms Locke went back to the hotel with him, she was unaware he had talked of murdering a woman and having sex with her dead body. 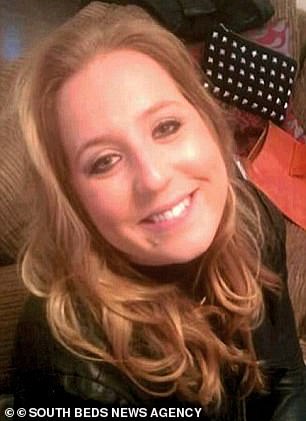 Carl Langdell (pictured left), a bogus lawyer who died aged 30 in prison earlier this year, met Katie Locke (right), 23, through the dating site before going to the four-star Theobolds Park Hotel in Waltham Cross, Hertfordshire, on Christmas Eve in 2015

Earlier this month, Katie Locke’s father paid a touching tribute to his daughter who was killed at the hands of a violent man.

Bill Locke, speaking on behalf of his wife and family, told the court: ‘We have three daughters, Katie is much younger than her sisters because she was a happy surprise.

‘Her sisters, Karen and Michelle, loved her and were very protective of her. Katie was born with her eyes open and that is how she lived her whole life, she lived it to the full and did not want to miss a minute.

‘She was always good to her friends and family. She was there for Karen while she had cancer.

‘On the day Karen died, Katie was babysitting her children. She was a lovely member of the family and was loved by so many people.’

The devoted father told stories of how Ms Locke had devoted her time to others since she was a child, even missing playtime at school so she could help other children tie their laces.

Mr Locke revealed that his daughter had been a dedicated history and politics teacher at the Cardinal Pole School in Hackney, London.

She is still honoured by a trophy handed out each year to the pupils.

Concluding this tribute he told the court: ‘My wife has asked me to say that on the day Katie died, she died.

‘Only a mother can understand the feeling of losing a young one who they brought into the world.’

‘It is clear none of the organisations managing Mr Langdell knew the full story. None of them knew what each other knew about him. There was very little information sharing and no joined up thinking or management.’

The inquest was held after an application was made by Ms Locke’s parents Bill and Jennifer from Buckhurst Hill, Essex. She was the youngest of their three daughters and lived with them.

Bill told the coroner she had ‘lived life to the full’ and ‘was a generous person who cared for other people and put them first.’

Ms Locke loved being part of a team, was a Brownie, a Guide and loved water sports, becoming a Kayak instructor.

She studied history and politics at Southampton University, had volunteered at the London Olympics and worked with underprivileged children in the US.

He said: ‘She was self-confident and fearless and an energetic and beautiful person’. Jennifer said she herself ‘died’ on the day her daughter died.

At the time of her death Ms Locke was working as a history teacher at Cardinal Pole School in Hackney, east London.

Pathologist Charlotte Randall found the cause of death to be compression of the neck. She said: ‘There is little doubt it was a forceful and prolonged assault and was accompanied by serious sexual violence.’

Langdell, then 26, from Cheshunt, Hertfordshire, pleaded guilty to murdering Katie and in June 2016 was sentenced to life with a minimum term of 26 years.

In February this year Langdell died in Wakefield Maximum Security Prison, having been found with a seriously injured throat.

The coroner said before his death that Langdell had been contacted about giving evidence to the inquest, but had not responded.

Announcing her findings the coroner said: ‘The murderer, who had been diagnosed with unstable personality disorder with narcissistic and antisocial traits, was know to two police forces, two NHS Mental Health Trusts and the Probation Service. Each of whom had information relevant to his risks to women. 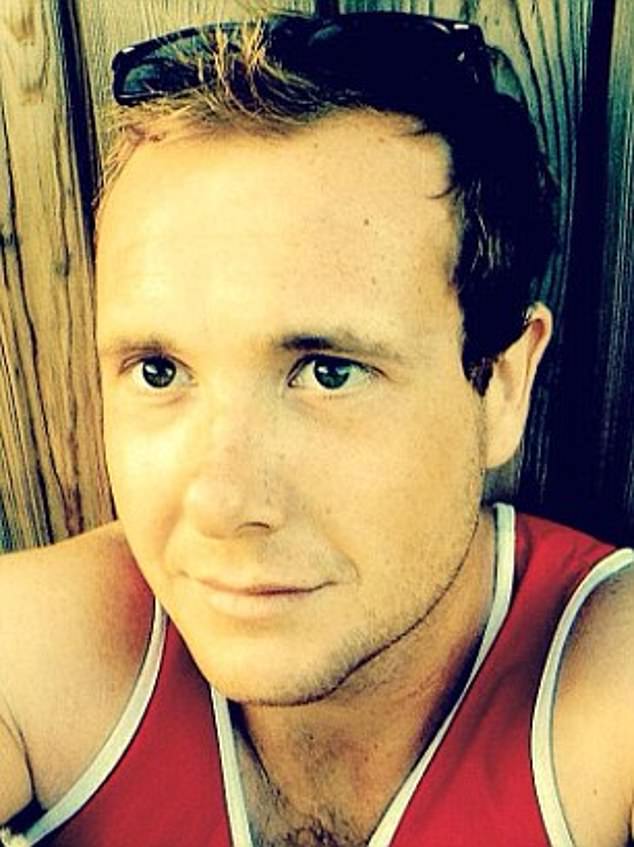 Langdell (pictured above), then 26, from Cheshunt, Hertfordshire, pleaded guilty to murdering Katie and in June 2016 was sentenced to life with a minimum term of 26 years

‘There were, however, significant gaps in the information available to each public body, and there was insufficient sharing of the available information between agencies to enable a fully informed assessment of his risks.

‘Three weeks before the killing the murderer had been given a suspended sentence with a Mental Health Treatment Requirement, having been convicted of making threats to kill tow other women.

‘Whilst it is not possible to say what sentence the judge would otherwise have given, a fully informed picture had not been placed before the Crown Court.’

She recorded that Ms Locke had been unlawfully killed.