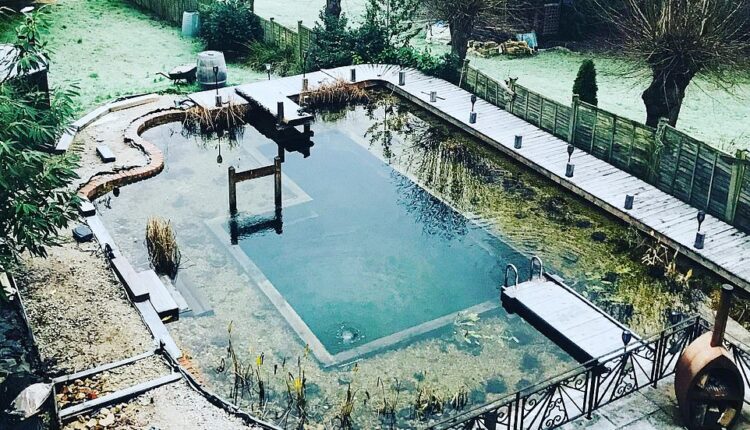 The backyard bayou: Couple spend £18,000 and two years turning their garden into a plant-filled natural swimming pool that cleans itself with rainwater

By Kate Dennett For Mailonline

A married couple spent two years building a natural swimming pool in their back garden that is surrounded by 1,500 plants, which keep the water clean.

Caroline and Jon Edwards, aged 56 and 55, built a chemical and chlorine-free pool in their back garden, which measures 14 metres by 9 metres, and is 2.4 metres deep.

The married couple spent £18,000 building the pool at their home in Cheltenham, Gloucestershire, after coming up with the idea while watching a gardening DVD in 2018.

‘Jon’s natural swimming pool’ comes complete with a sauna and decking, and is kept clean by the rainwater from the carefully chosen plants surrounding it. 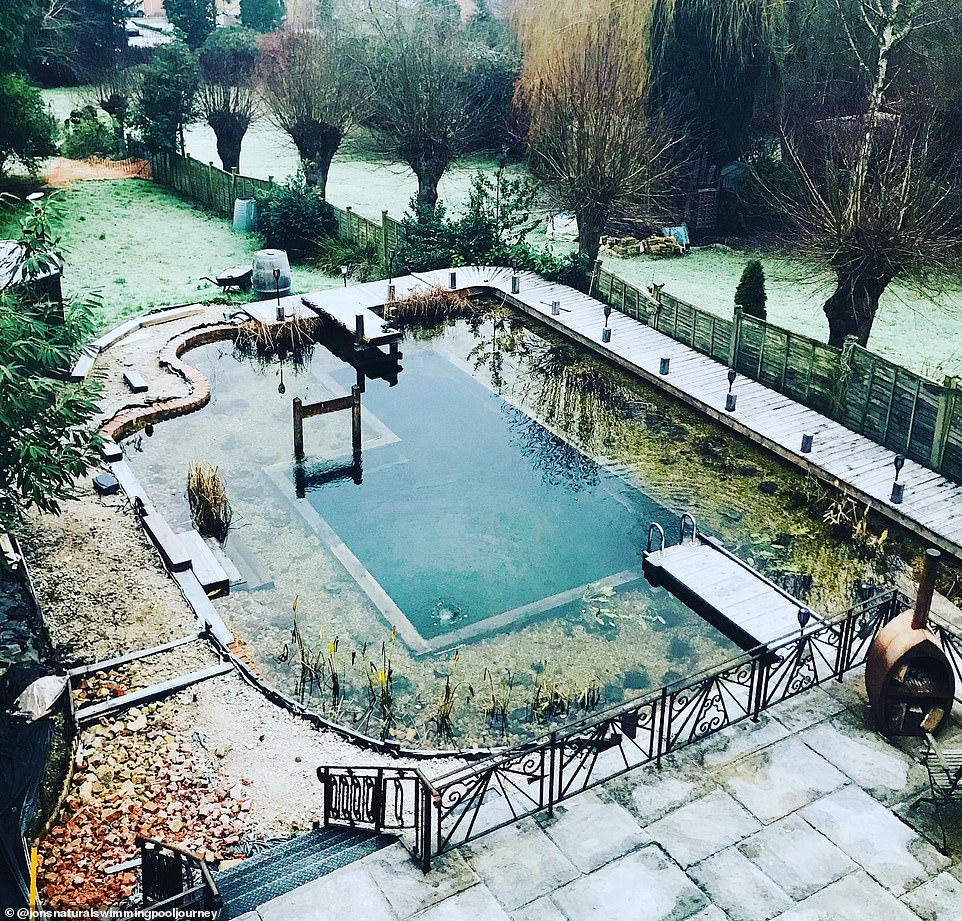 A married couple spent two years and £18,000 building a natural pool in their back garden in Cheltenham, Gloucestershire, surrounded by 1,500 plants 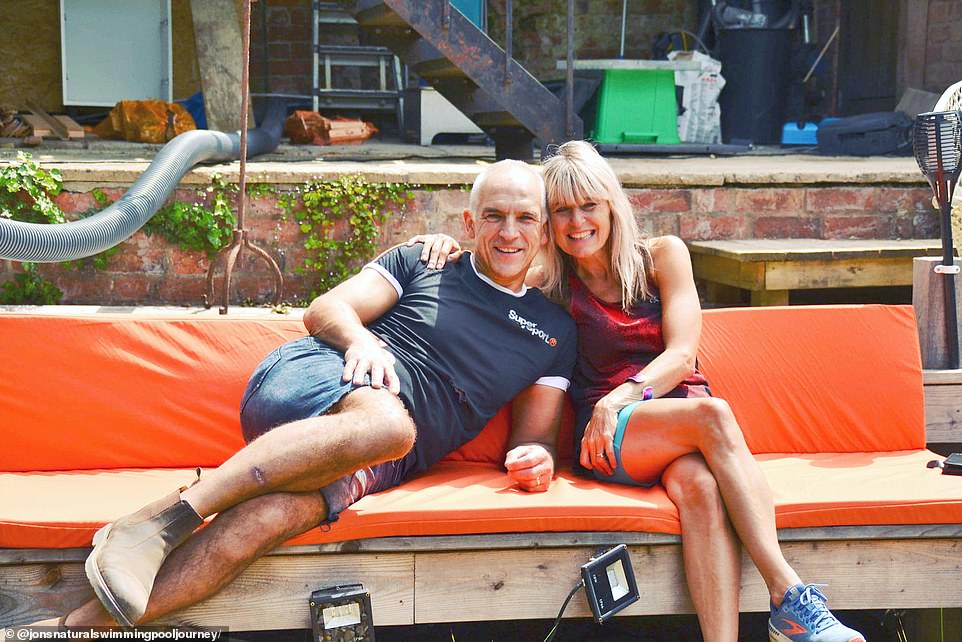 Caroline and Jon Edwards, aged 56 and 55, (above) built the chemical and chlorine-free pool, which measures 14 metres by 9 metres, and is 2.4 metres deep 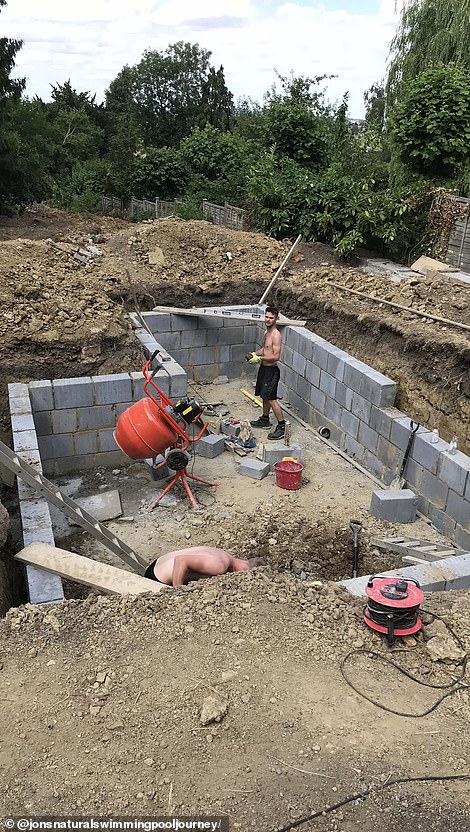 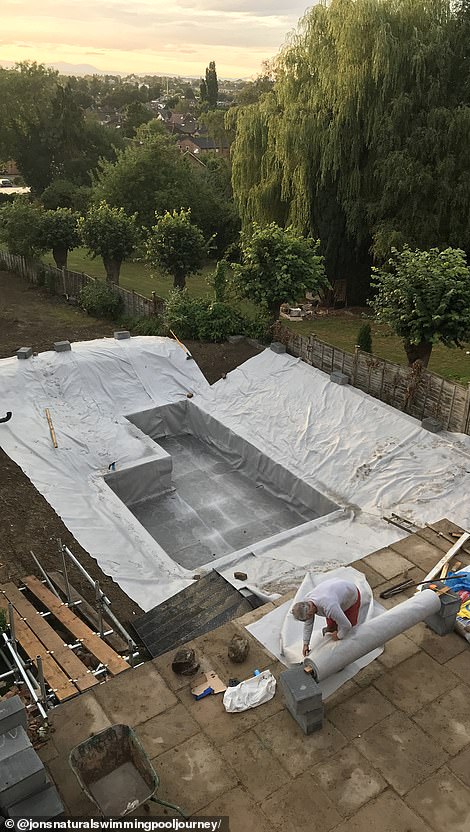 Mrs Edwards said the most expensive part of the building project (left and right) was buying the plants, as they had to make sure they had the right ones to keep the pool naturally clean

Mrs Edwards, a singing director, said: ‘Jon hired a digger and started digging the lawn which is when I realised there was no going back – it took forever.

‘I was sceptical at first but we managed to pull it off – it’s absolutely gorgeous. We’re in there most days and we have become the party house as everyone wants to use the pool.

‘We had to divert rainwater from the gutters and roof into the pool in order to fill it up and that took a long time but we have no maintenance costs on it now.

‘The plants keep it completely clean and it continues to be beautiful all year long as you don’t need to cover it up during winter; it attracts a lot of wildlife to our garden.’

The mother-of-four added that the most expensive part of the project was buying all the plants, because she said they had to make sure they had the right ones to keep the pool naturally clean.

Mrs Edwards said that they also do water tests on the pool to make sure the water continues to be safe to swim in. 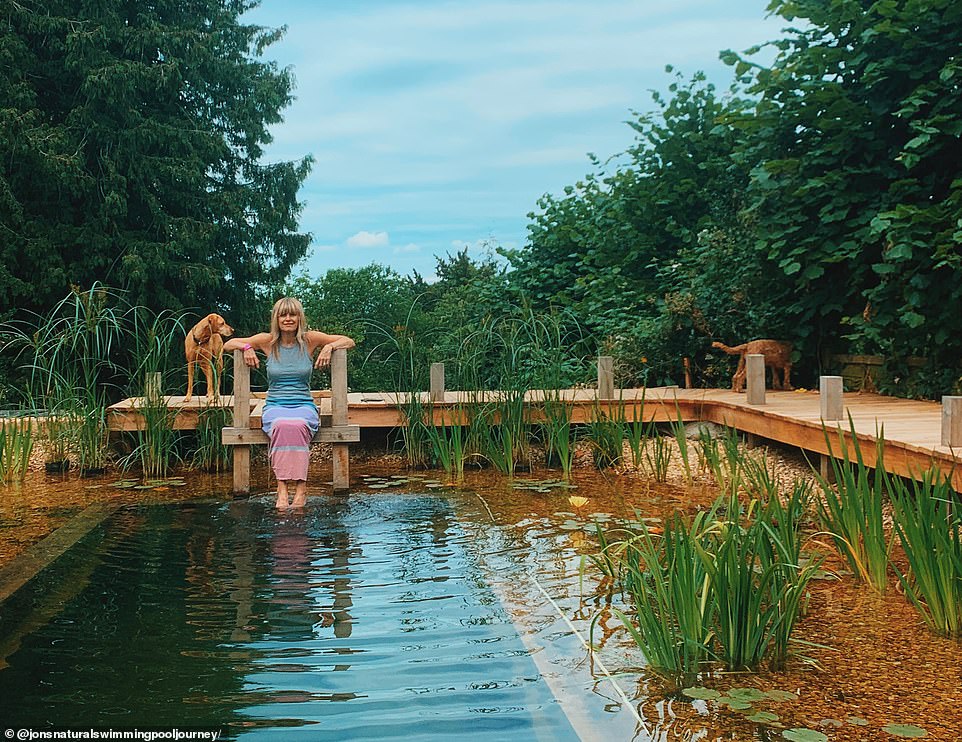 Mr Edwards came up with the idea while watching a gardening DVD in 2018, but his wife (above) did not think they would actually finish his ‘crazy’ project

The married couple diverted rainwater from the gutters and roof to fill up the pool, and they now do tests on the water to make sure it remains safe to swim in 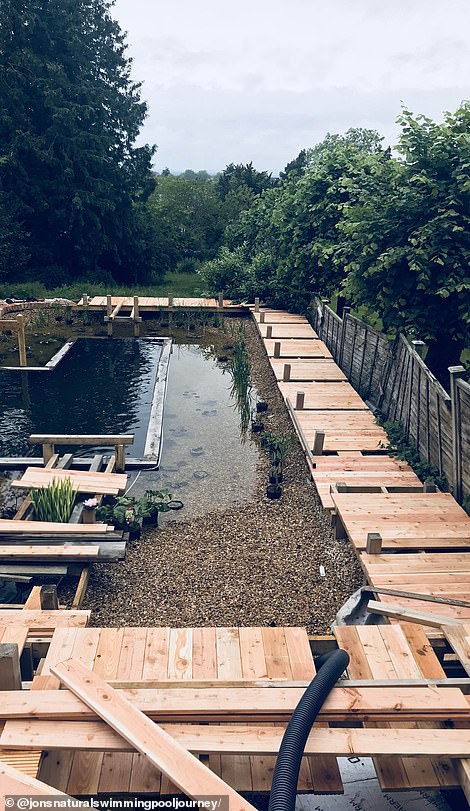 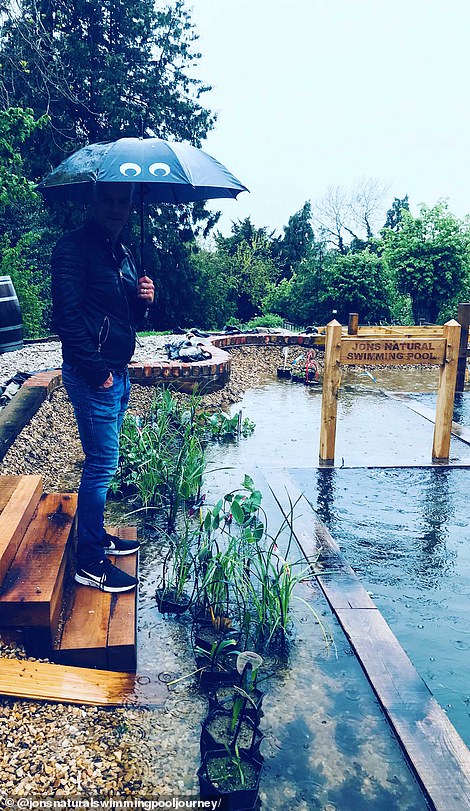 ‘Jon’s natural swimming pool’ (left) comes complete with a sauna and decking (right: during construction) and does not need to be covered up during the winter

She added: ‘It was nice to do something together – we definitely encountered some problems on the way but the outcome is better than I could have ever imagined and our family and friends absolutely love coming round to use it.’

Her husband, who works in retail, has always loved taking on massive DIY projects.

Mrs Edwards said that when he first mentioned the idea, she thought it was one of his ‘crazy projects that would never get completed’.

She said: ‘We have four kids between us and they’ve all left home for university and work so we thought it would be the perfect time to start something new.

‘For ages, we had this massive hole in the garden which was so ugly to look at but Jon had a vision and I believed in him and it all came together in the end.

‘He loves going for ice dips so he’s going to use it in the winter.

‘The only problem is that now we can never move house! The journey we went on with this pool has been so special to us and it would be very difficult to leave it behind.’