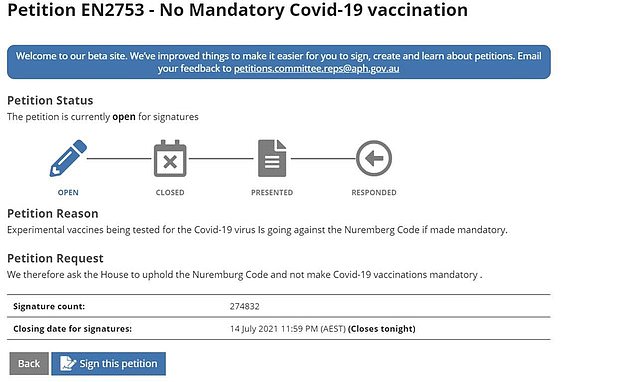 More than 275,000 Australians have signed a parliamentary petition against compulsory Covid vaccinations on the grounds they breach an ethical code designed in response to Nazi medical experiments during the Holocaust.

That’s despite the Australian government insisting vaccinations won’t be mandated for the wider population – with the exception of aged care workers and possibly disability support staff.

The petition to the Federal Parliament, started by Mrs Diane Tonacia, cites the 74-year-old ‘Nuremberg Code’ as a reason why vaccinations shouldn’t be made mandatory.

‘Experimental vaccines being tested for the Covid-19 virus Is (sic) going against the Nuremberg Code if made mandatory,’ the petition argues.

‘We therefore ask the House to uphold the Nuremburg (sic) Code and not make Covid-19 vaccinations mandatory.’

It has been posted to Facebook groups including ‘ARE YOU AWAKE YET’, ‘Truth Seekers Australia’ and ‘Truckies Against Labor’.

The petition to the Australian Parliament had almost 274,000 signatures prior to publication and has since risen by several thousands 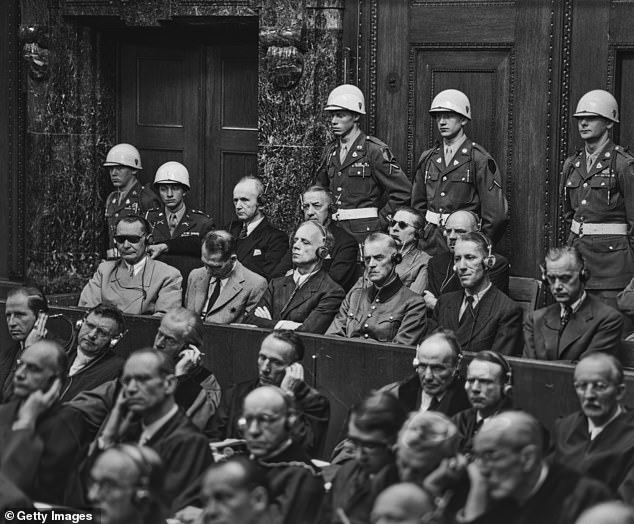 The petition cites the Nuremberg Code – a set of medical research principles which arose out of the Nuremberg war crimes trials of Nazi figures (above, in 1946)

The Nuremberg Code is a set of research principles fashioned for doctors in August 1947.

The rules include that it is essential for the subjects of medical experiments to consent.

The code came about as a result of the Nuremberg trials where former Nazi leaders were tried as war criminals, including doctors who performed experiments on concentration camp inmates.

And it is false to suggest the vaccines approved in Australia are considered ‘experimental’, AAP FactCheck found.

‘The (Nuremberg) code relates to medical experiments not a vaccination rollout,’ the fact-checkers found.

‘COVID-19 vaccines are not categorised as experimental because they have received the appropriate national approvals after testing.’

Will Covid vaccines be made mandatory in Australia? 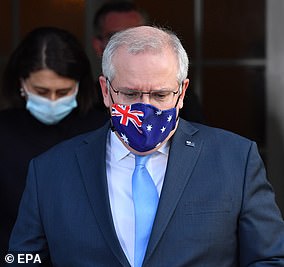 Prime Minister Scott Morrison has repeatedly said the vaccines won’t be made mandatory for all Australians.

‘It’s not going to be compulsory to have the vaccine,’ Mr Morrison told Radio 2GB last August.

‘There are no mechanisms for compulsory … I mean we can’t hold someone down and make them take it’.

However, National Cabinet has committed to mandate vaccination for aged care workers by mid-September 2021.

That applies for all states and territories except in Victoria, where the decision rests with Chief Health Officer Professor Brett Sutton.

Just 16.3 per cent of employees in the sector had been fully vaccinated at the end of June, according to the Federal Government.

National Cabinet is strongly encouraging disability workers get vaccinated and next month, will consider mandating vaccination for them by October 31.

Despite the large number of petition signatures, 69 per cent of 1,661 Australians surveyed by research group CoreData Australia agreed the Covid-19 vaccine should be compulsory.

However, more than eight in 10 people also agreed there are valid reasons for not receiving the Covid vaccines, the majority pointing to medical reasons and a smaller propotion citing freedom of choice.

Mr Inwood said one interesting finding was people who are educated and wealthy are more likely to believe that vaccination should be compulsory. 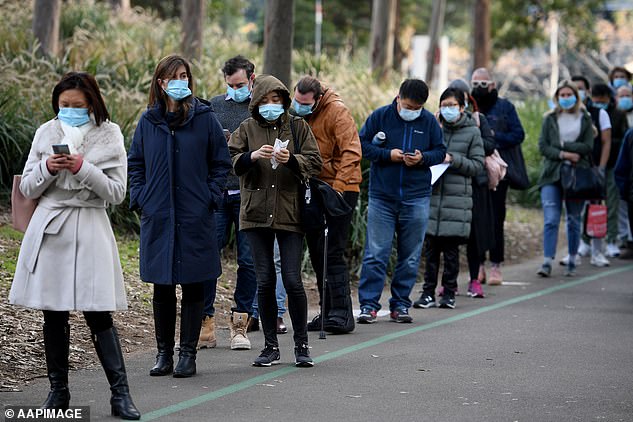 ’85 per cent of Australians with more than $1million in savings think that the vaccine should be compulsory and 93 per cent believe those who are choosing not to be vaccinated are selfish,’ he said.

‘Meanwhile, 63 per cent of average earners think it should be compulsory and 65 per cent think anti-vaxxers are selfish.’

‘95% of Australians with any university degree agreed that the vaccine should be compulsory,’ he said.

Do you agree that it should be compulsory for all eligible Australians to receive the Covid-19 vaccine?

Do you agree there are valid reasons for not receiving the Covid-19 vaccine?

Freedom of choice – 24 per cent

Do you agree that people who choose not to receive the Covid-19 vaccine are being selfish?