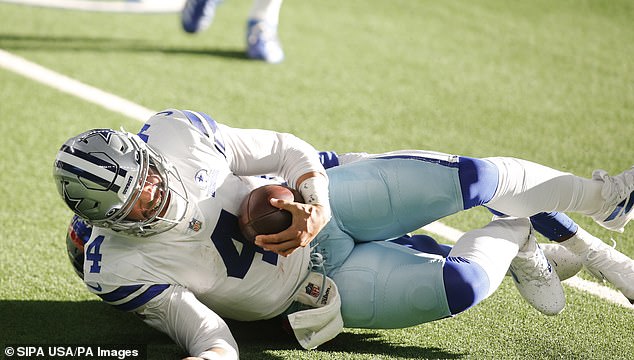 
The quarterback with the Dallas Cowboys was taken to hospital in tears on Sunday afternoon after a horrendous injury left his right foot swiveled around in its socket.

Dak Prescott, 27, was tackled by New York Giants’ defensive back Logan Ryan after a nine-yard run.

Prescott can be seen falling awkwardly and twisting.

He hit the ground and clutched at his ankle as medics ran onto the field.

On Sunday night Prescott was in the hospital, from where his older brother Tad assured fans the star player was hopeful of a full recovery.

‘God is good, and he’ll be back STRONGER than ever,’ Tad tweeted. 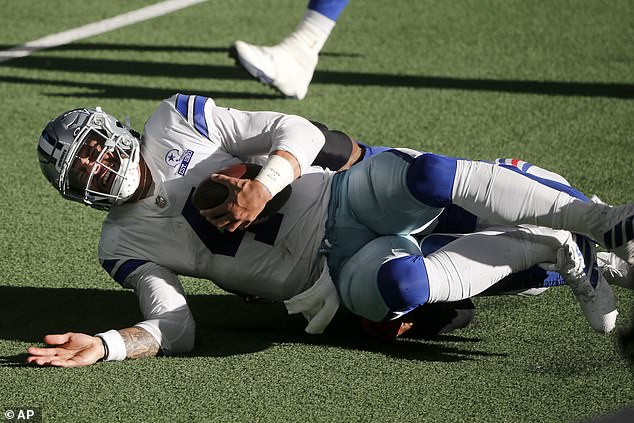 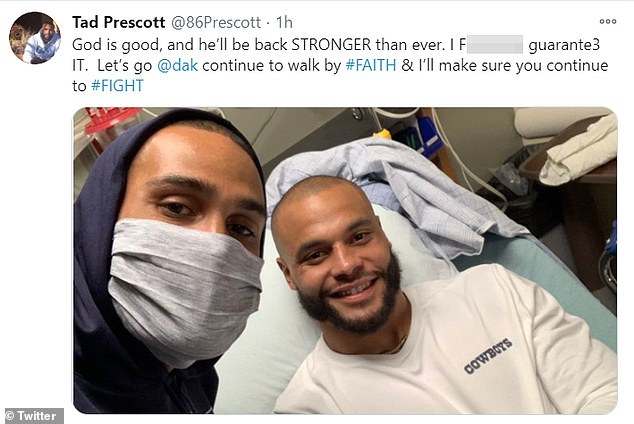 His teammates looked on in shock – some made the sign of the cross and prayed from the bleachers, while others, ashen face, stared into space.

In the box of owner Jerry Jones, a woman was seen turning away in horror.

Prescott was eventually stretchered off the field, in tears. His teammates crowded around him to wish him well as he left the field.

The Louisiana-born sportsman raised his fist defiantly as he was carried off, to roars of approval from the Cowboys fans. 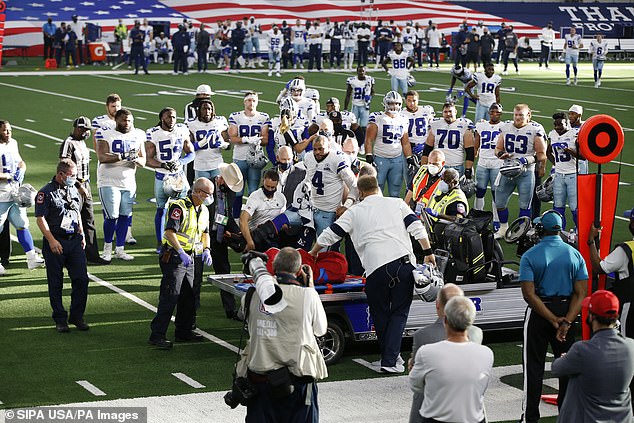 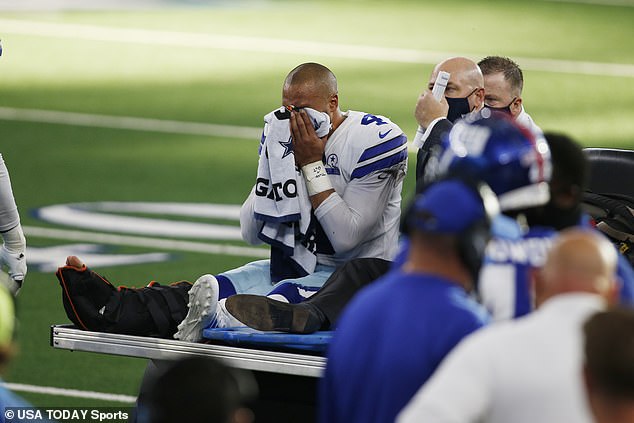 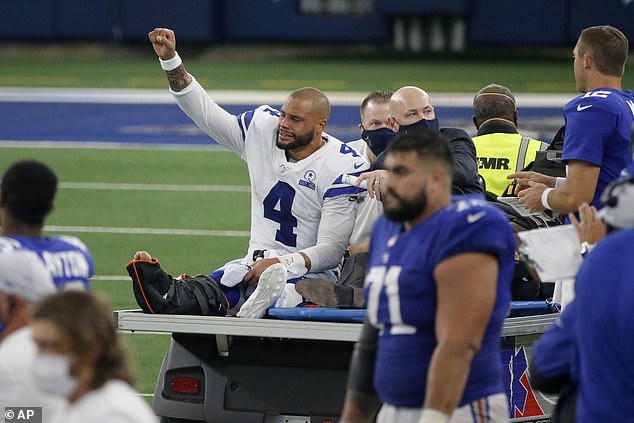 The popular sporting star’s future now hangs in the balance.

He is playing on a one-year franchise tag that is worth $31.4 million, ESPN reported, because he was unable to reach a more long term deal with the Cowboys.

He had been offered by the Cowboys a five-year deal worth $34.5 million per season and more than $100 million guaranteed, but he opted to take his changes, hoping for larger commitment at the end of the season.

Prescott has been remarkably resilient in his career.

He had not missed a start in his career and missed just two snaps this season as he was getting evaluated for a potential concussion against the Atlanta Falcons.

He played the final two games of last season with a right shoulder injury that limited his mobility.

Prescott’s 69 consecutive starts is the sixth-longest streak from the start of a rookie season since the merger.

Only Tom Brady and Russell Wilson have won more games than Prescott’s 41 since 2016, ESPN reported. 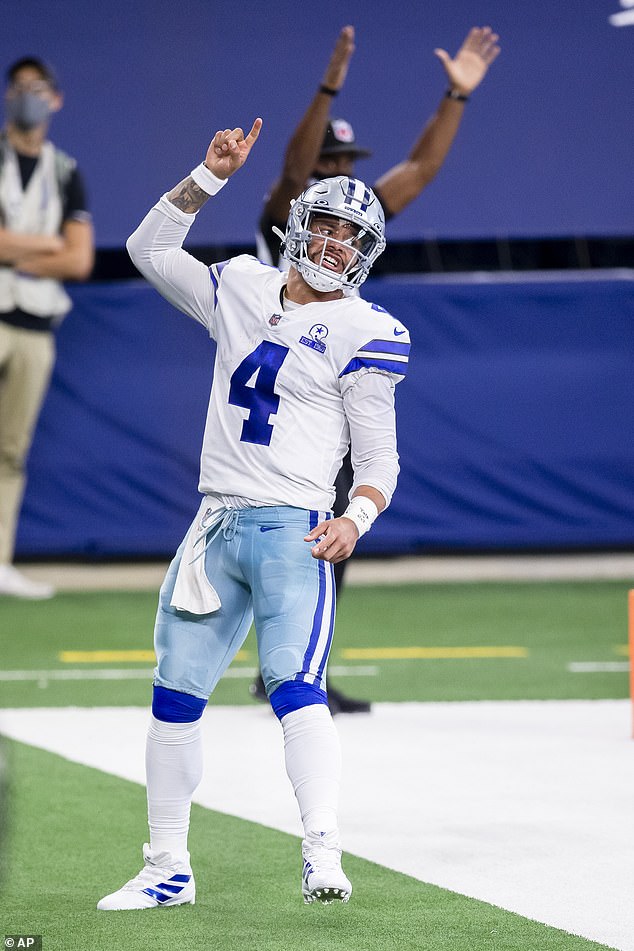 Prescott is seen celebrating a touchdown on Sunday, shortly before his injury

Prescott has had a horrendous year.

In April he was forced to defend himself after pictures went viral of him hosting a dinner party, in violation of COVID-19 rules.

Prescott insisted that the dinner had ‘fewer than 10’ guests, rather than the 30 or so visitors who reportedly attended.

Later that same month, on April 24, his older brother Jace died by suicide.

Prescott said last month in an interview that Jace, 31, had ‘a lot of burdens’.

He said: ‘All throughout this quarantine and this offseason, I started experiencing emotions I’ve never felt before.

‘Anxiety for the main one.

‘And then, honestly, a couple of days before my brother passed, I would say I started experiencing depression. And to the point of, I didn’t want to work out anymore.

‘I didn’t know necessarily what I was going through, to say the least, and hadn’t been sleeping at all.’

Prescott added: ‘I’ll never get another hug in my life like the ones he gave.

‘He was my best friend.’