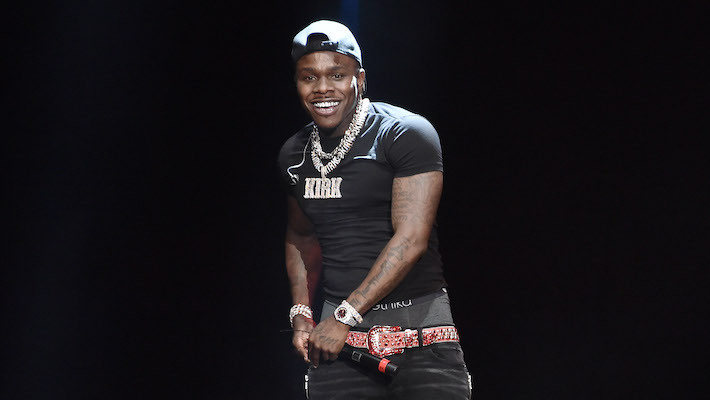 Moneybagg Yo has slowly but surely worked his way up to being one of the more recognizable names in the new wave of rap. Following a 2018 that ended with him earning a J. Cole feature on “Say Na” off his Reset album, Moneybagg Yo delivered his second album, 43va Heartless, in 2019, an album he followed up with Time Served at the top of this year. Preparing to release his second project of the year, his Code Red joint album with fellow Memphis rapper Blac Youngsta, Moneybagg calls on City Girls and DaBaby to remix his “Said Sum” track.

With City Girls leading the way the Miami duo, as well as DaBaby, fall in line with Moneybagg’s boastful track that finds him speaking down on those they see as incomparable to their rap status.

“I leave a b*tch mad with the stuck face,” JT raps on her verse. “Who the f*ck are hoes playin’ wit’ anyways?” she continues before DaBaby comes through with his trademark impenetrable confidence. “It came with a pillow, I came from the pavement,” he says. “Thought somebody said I ain’t made it.” Before giving the mic back to Moneybagg Yo, Yung Miami steps forward to add some additional City Girls energy to the track with a verse of her own.

As for Moneybagg Yo and Blac Youngsta’s Code Red album, the Memphis duo will debut 13 tracks with help from Yo Gotti, 42 Dugg, Pooh Shiesty, Ari, and more. Listen to the “Said Sum” remix above. Code Red is out on September 18 via Interscope and Epic.