DaBaby Gets Emotional In His Pensive ‘Gucci Peacoat’ Video 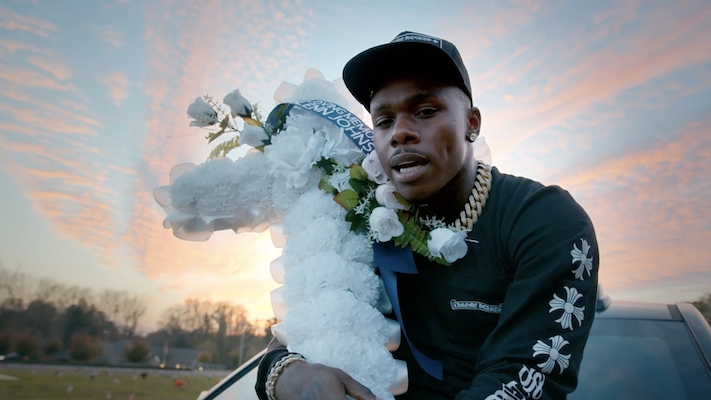 Just a few weeks ago, DaBaby was encouraging people to vote in his home state, North Carolina. Today, he’s looking back on that time with regret in the video for “Gucci Peacoat,” from his newly released EP, My Brother’s Keeper (Long Live G). Dedicated to the memory of his late brother Glenn Johnson, the EP finds DaBaby grappling with the loss of his hero figure due to a self-inflicted gunshot wound. “Gucci Peacoat” contrasts the brothers’ actions on that day; while Jonathan Kirk, aka DaBaby, was dressed to the nines and trying to change the world, he had his own world rocked by Glenn’s struggle with depression.

It’s a rough way to cap what would have otherwise been one of the best year’s of DaBaby’s life so far. While increased fame has brought increased scrutiny for the 28-year-old Charlotte native, it’s also fixed his name to the top of the Billboard charts. He’s been one of the best-selling artists throughout 2020, with his album Blame It On Baby charting for 30 weeks without leaving the top 20. The album’s single “Rockstar” delivered DaBaby his first No. 1 single and his string of feature verses for the likes of Jack Harlow and Pop Smoke accomplished the rare feat of giving him three songs in the Hot 100 top 10 — something only a handful of artists have ever done. Our hearts go out to DaBaby and his family for their loss.

Watch the “Gucci Peacoat” video above.

Kweku Greene to be put on Rotimi’s Tunes