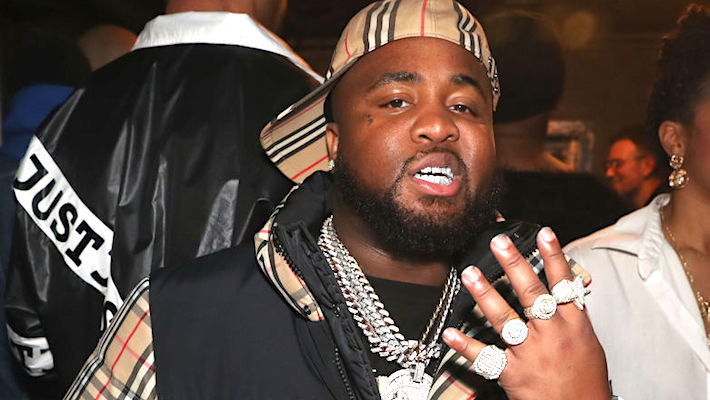 Rising Dallas rapper Mo3, whose real name is Melvin Noble, has died on Wednesday. The Dallas Police Department has confirmed that the rapper was shot while driving on Robert L. Thornton Freeway in Dallas, Texas.

According to CBS 11 News in Dallas, Mo3 was driving northbound on the freeway around 12pm local time when a car pulled up next to him. The suspect then stepped out of the vehicle with a gun and approached Noble’s vehicle. Officers say Noble stepped out of his car and began running southbound on the freeway before the gunman shot at him multiple times, with at least one round hitting him. TMZ reports that the fatal wound was a shot to the back of Mo3’s head.

An innocent bystander was also injured in the wave of gunshots, but they were taken to the hospital with non-life-threatening injuries. News of Mo3’s death comes after a graphic video circulated on social media, showing Mo3 laying on his back while a bystander performed CPR.

This was apparently not the first time Mo3 was shot in recent months. Back in December, he had survived a bullet injury in his hand. Seconds after the shooting, Mo3 had taken to his Instagram stories to show his wound and assure people he was alright.

Mo3’s musical career was on a steady rise before his tragic death. He had just finished a stint of successful shows which had recently seen a sold-out crowd in Indianapolis. Mo3 was associated with Boosie Badazz’s label Bad Azz Music and the two even teamed up earlier this year for the 15-track LP Badazz MO3.

Wahroonga: Man, 50, shot in the neck and another bashed in a major police operation in Sydney