Daryl Maguire admits being in a ‘on again, off again’ relationship with Gladys Berejiklian at ICAC

Former MP Daryl Maguire has admitted to a secret love affair with Gladys Berejiklian – describing it as ‘on again, off again’ and revealing they had planned a future together.

The ex-politician was cross-examined for the first time about the couple’s relationship at the Independent Commission Against Corruption on Thursday afternoon.

The ICAC is attempting to pin down what the NSW Premier knew about a land deal at Badgerys Creek, near the site of Sydney’s forthcoming second airport.

Maguire hoped the sale of land owned by racing heiress Louise Waterhosue would make him ‘up to’ $1.5 million.

Maguire admitted they were in a ‘close personal relationship’ at the time of a September 5, 2017 call to Berejiklian where the then Wagga Wagga MP referred to ‘getting Badgerys Creek stuff done’.

‘We were always friends,’ Maguire said. ‘But, um, it was on-again off-again.’

Maguire said their relationship had began sometime about ‘2015, 2016’ and ended in ‘August, September (of this year) … I can’t be clear’.

He confessed to discussing his ‘problems in life’ with Berejiklian, including discussions about their future.

The pair had discussed going public with their relationship if he retired from politics, about the time of the 2019 state election, he said.

He admitted his involvement in the Badgerys Creek project was to ensure he was ‘content’ with his financial position when he retired.

Asked if he told the Premier about his $1.5 million in debts, Maguire admitted he may have.

‘I think in a general discussion, um, I may have raised it, seeking some guidance about – oh, reassurance about what I was doing,’ he told the inquiry.

‘That’s my recollection, is I would have raised it to her. I only have a few friends that you can raise these things with and I would have run it past her, perhaps, to get some, um, um, get her view.’

Maguire admitted he hoped to make up to $1.5 million if he assisted racing heir Louise Waterhouse sell land near Badgerys Creek.

He was asked about his call to Berejiklian where he mentioned the sale of land.

‘Do we take it from that that you had explained to Ms Berejiklian, in advance of this call of 5 September 2017, what the Badgerys Creek stuff was?’

Maguire said: ‘I can’t recall doing it. But according to the (transcript) you could assume that.’

‘Doing the best you can, what did you tell her about the Badgerys Creek stuff?’ he was asked. 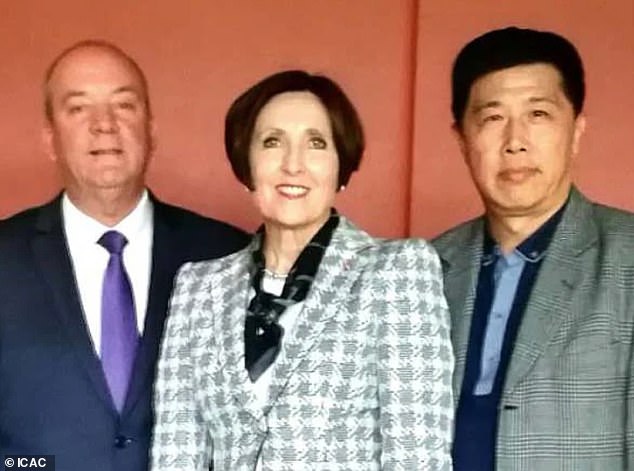 Pressed further, Maguire said: ‘I don’t know that I ever went into specifics. It was just broad discussion stuff.’

Mr Robertson said: ‘Presumably, you at least told her Ms (Louise) Waterhouse had some relevance to what you’d describe as the Badgerys Creek stuff?’

The inquiry has previously revealed how Waterhouse emails about the Badgerys Creek development to Berejiklian’s personal email address.

‘Are you still (in a relationship?)’ Mr Robertson asked.

‘Not after this I wouldn’t be,’ he said.

The hearing was closed to the public shortly before 1pm with Mr Robertson saying it would ‘trespass on matters that ordinarily would be entirely private’.

‘Red wine’ and a ‘drop in’ to the Premier’s office

Maguire told the inquiry earlier on Thursday how he dragged the Premier into dealings with his property developer mate, Joe Alha.

After a ‘few glasses of red’ at his parliamentary office on November 15, 2017, Maguire walked Joseph Alha to Berejiklian’s office at State Parliament in Sydney.

The ‘drop in’ meeting with Berejiklian went for little more than two minutes and all parties just exchanged ‘niceties’, the former Wagga Wagga MP claimed.

‘He adores her and just wants to say hello,’ Maguire said of Alha. He told the inquiry there was no discussion of Mr Alha’s planning matters.

The former politician poured scorn on the idea the developer could still be carrying his glass of wine around when they asked if they could see the Premier.

‘I wouldn’t allow anyone to walk around Parliament with a glass of red,’ said Maguire –  who has admitted receiving bags of cash at his parliamentary office in a cash-for-visa scheme.

‘Or a glass of white?’ counsel assisting the inquest Scott Robertson asked.

Maguire replied: ‘Any glass. I would frown on that.’ 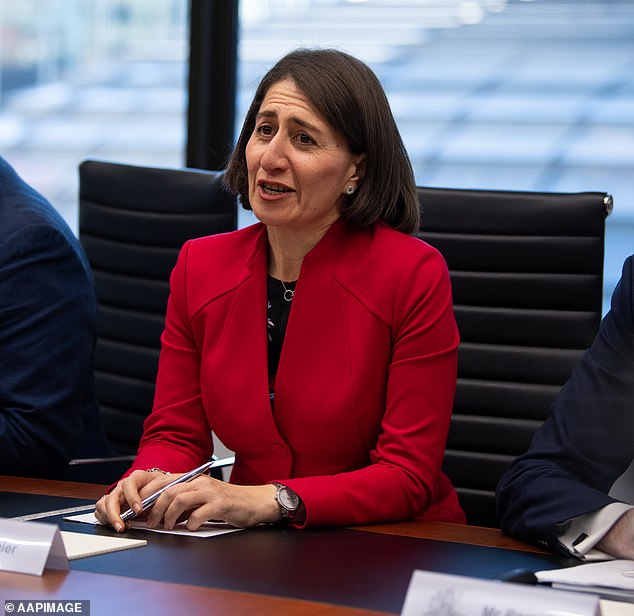 Maguire repeatedly referred to the Premier as ‘Glad’ during Thursday’s hearing, but is yet to talk in detail about their five-year relationship which was sensationally exposed this week.

The inquiry heard on February 28, 2018, Maguire told the same developer to write an email or letter to the Planning Minister Anthony Roberts – and CC in the Premier.

Maguire told Alha: ‘You are not stupid, you can get a letter written and get it done and then you CC the boss and you send it to Roberts.’

‘How do I get the boss’s email?’ Alha asked.

‘You just send it to Roberts and send a copy to me. I’ll get it to her.’

Asked if he was offering to personally deliver Mr Alha’s complaint to the Premier, Maguire told the inquiry: ‘I said I’ll get it to her.’

‘Do you recall where you gave it to her?’ Mr Robertson asked.

‘Do you recall if anything came of this … sending a letter to the minister … to the Premier, whether it led to anything at all?’ Mr Roberston asked.

Maguire went on to admit his none of his ‘drop ins’ or meetings led to changes in policy or to site-specific developments.

‘Not to my knowledge,’ he said. 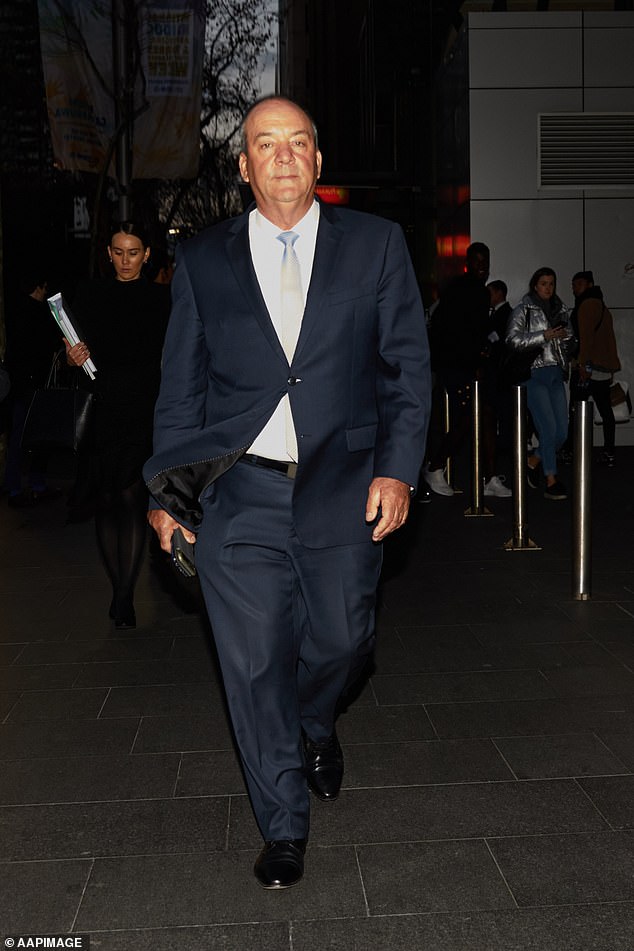 Maguire on Wednesday admitted ‘monetising’ his parliamentary position as an MP, parliamentary secretary and chair of the ‘friends of the Asia-Pacific’ committee.

He confessed to running a cash-for-visa scheme from his office and being a secret director of a company, G8way International, which ‘ultimately’ sought to sell access to the highest levels of government.

Berejiklian has denied any wrongdoing. ‘I stuffed up in my personal life,’ the Premier said this week.

On Monday, the Premier admitted being in a five-year ‘close personal relationship’ with Maguire.

In material before the inquiry, Berejiklian described him as her ‘numero uno’ – Spanish for number one – and Maguire called her ‘babe’.

Maguire’s evidence appears likely to continue through to Friday.