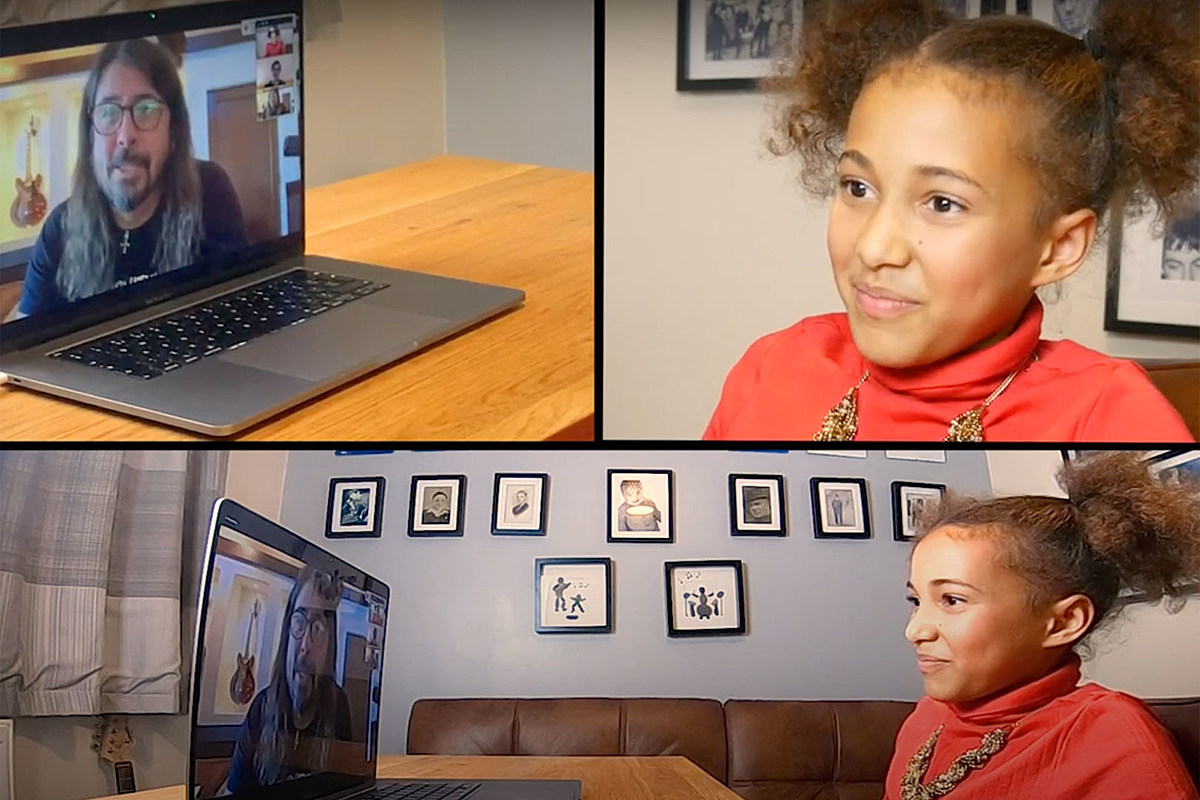 Upon getting the video feed set up so they could chat, Grohl immediately gushed upon meeting Nandi. “I get to meet a rock star. Oh my God. Oh my gosh, it’s you. So nice to meet you,” said Grohl. “I can’t believe I’m talking to you. I feel like I’m meeting a Beatle.”

The Nirvana drummer turned Foo Fighters frontman told Nandi, “I just realized I’ll never be as good as you, so I quit,” discussing why he’s no longer behind the kid. “Well just practice, practice, practice,” Nandi replied, bringing a smile to Grohl’s face.

The two drummers discussed their starts on the drums, with Grohl revealing that he never took lessons as a kid and wished he would have.

During the chat, Grohl had a couple of offers for Nandi. “When the Foo Fighters finally come back to the U.K., do you think you would get up onstage and jam with us? It has to be at the end of the set cause you’re gonna steal the show,” said Grohl, adding, “If you come out first it’s just all downhill.”

Then he contemplated, “Or we should make a song together. Do you wanna do that?,” which drew and enthusiastic “Yes” from the young musician. During the chat, they agreed that Nandi would play bass and drums, while Grohl would be on guitar and that they would both sing. Grohl also left the tempo up to Nandi, with the young musician choosing a “fast” song, a very fine choice indeed.

Watch the very wholesome meeting of these two musicians in the player below. Stay up to date with Nandi’s YouTube videos here. And look for the new Foo Fighters album, Medicine at Midnight, coming Feb. 5. You can pick up a copy here (as Amazon affiliates, we earn on qualifying purchases).