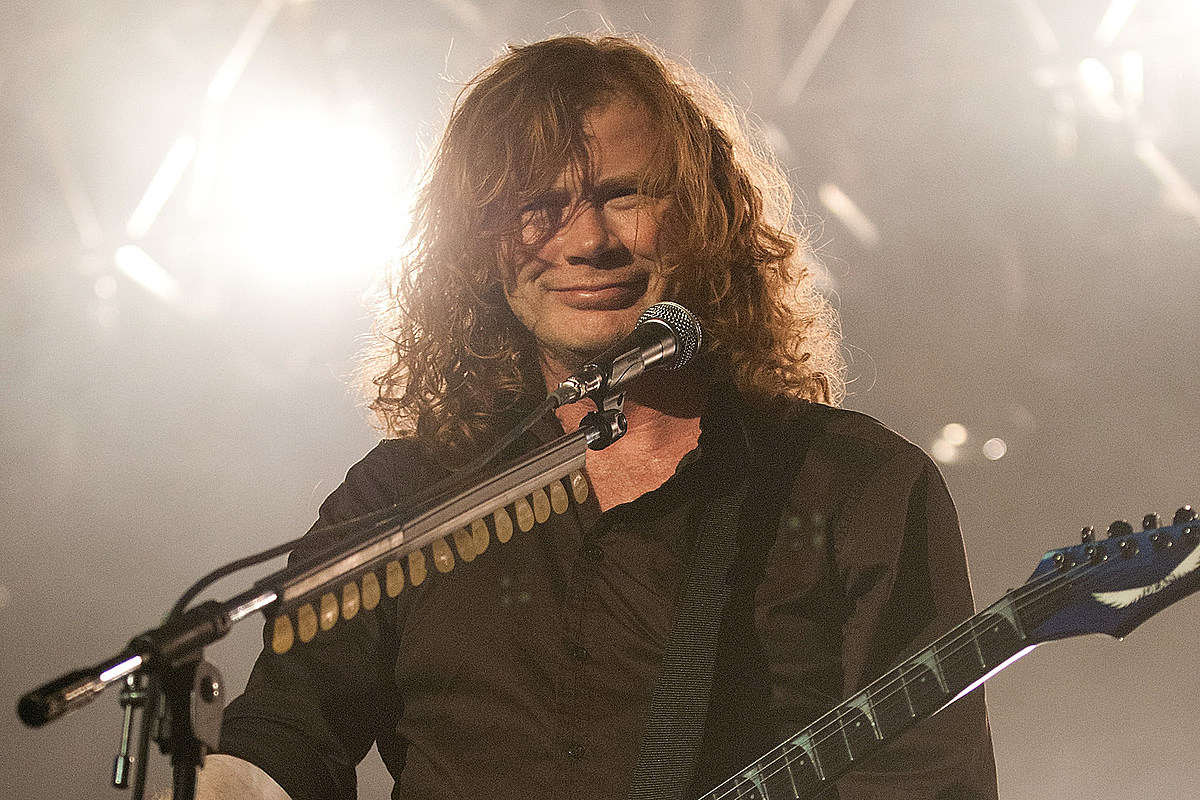 We still aren’t sure who Megadeth‘s replacement for David Ellefson is, but Dave Mustaine did show a glimpse of the “mystery bassist” for the first time in a new Cameo video that he recorded for a fan’s birthday.

Mustaine created the video for someone named Alex, who apparently is a huge Megadeth fan and covers their music often. Fortunately, someone uploaded the clip to the Megadeth Reddit page.

“I’m walking around the studio right now. That’s [producer] Chris Rakestraw sitting back there on the console,” Mustaine said while filming in selfie-mode.

“And you got our mystery bass player hiding behind the chair down there on the floor, so you can’t see him,” the frontman teased as he flipped the camera around to show the musician laying with his arms over his head.

“We will be saying who that is soon, and you actually saw him before anybody else — even though you can’t actually see him,” he added.

It’s pretty impossible to tell who the bassist is, but Reddit users in the comment section have pointed out that they are using an Ibanez bass. Watch the video below.

Cameo is a video platform that allows patrons to pay a fee in exchange for a personalized video from musicians and other celebrities, and the Megadeth leader just signed up for it earlier this month. So far, he’s received a 5-star rating and 31 reviews. You can book a Cameo from him here now.

The Best Thrash Album of Each Year Since 1983

A history of the best thrash metal albums, year by year.

Diaspora: Stand up to keep Moïse slaying from being a fatal blow for Haiti | Editorial