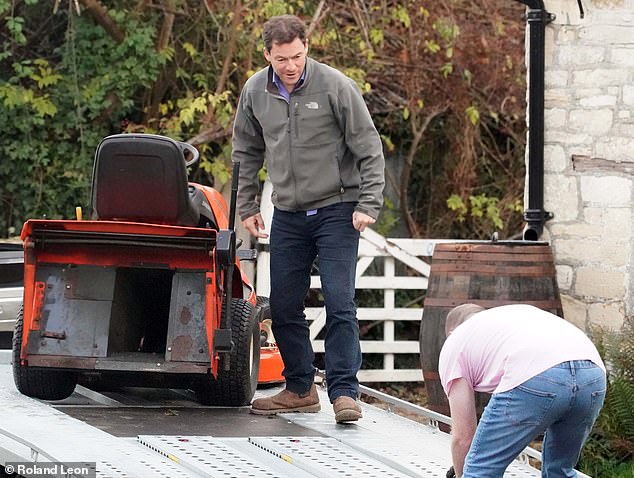 Furious Dominic West has hit back at a lawnmower delivery man who ‘grassed him up’ over his Rome trip with Lily James – by giving him a one star rating on a trade website.

West got into a row with driver Matt Vessey after the star failed to pay the £125 cost of delivering the sit-on mower to the actor’s Wiltshire home.

Now the star has got revenge on Mr Vassey by giving him a bad review on trade feedback website, Shiply. 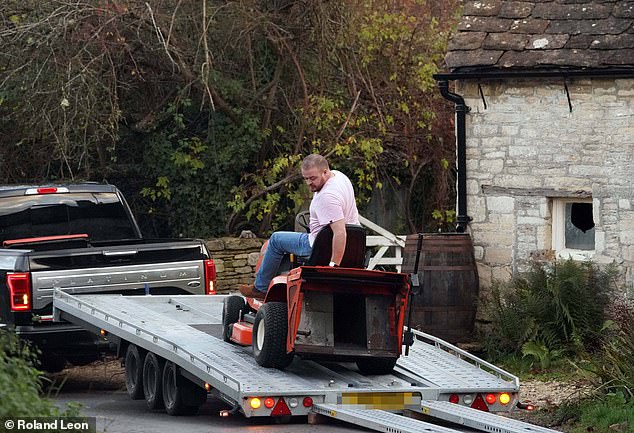 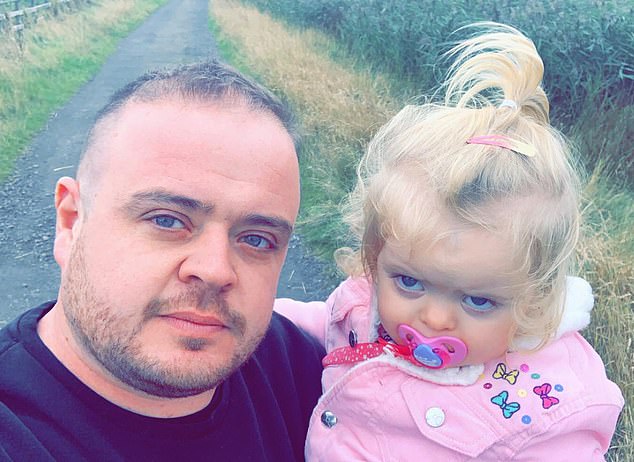 Mr Vassey (above) ended up having a row with West over the unpaid bill. The star then took to a trade website to give him a one star review for professionalism and called him a ‘t**t’ 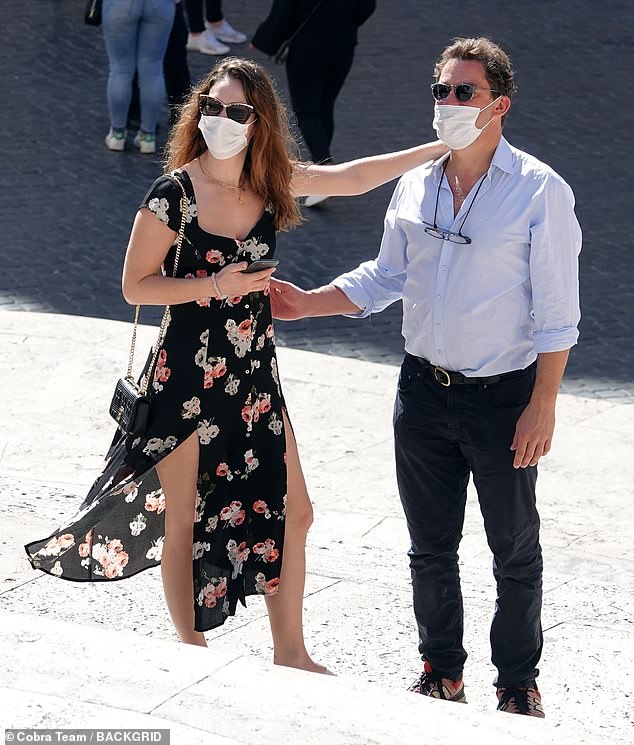 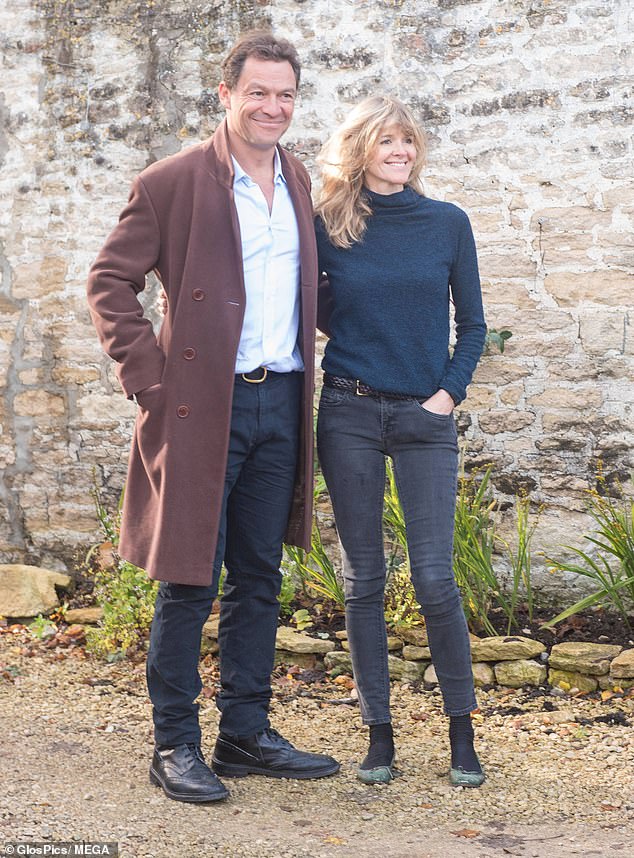 West and his wife Catherine Fitzgerald, who have four children, have presented a united front since the pictures of his time with Lily emerged

Although West gave the driver five stars for communication and punctuality – he gave him just one star for ‘professionalism’.

He also posted a thumbs down emoji for Mr Vessey and added the word: ‘t**t’.

The driver responded to West’s post with the comment: ‘You don’t pay and ignore messages. Avoid!!! (actor Dominic West).’

West, best known for his roles in The Wire and The Affair, has been the subject of intense scrutiny since he was spotted canoodling with 31-year-old Lily James in Rome last month.

His latest drama – this time with Mr Vessey – was over payment for the delivery of a  lawnmower he had bought on eBay for £3,650.

Mr Vessey, from Scunthorpe, had driven 240 miles from Lincolnshire to Wiltshire to drop the machine off, only to find a crowd of photographers waiting outside.

Having failed to recognise the actor, Mr Vessey told MailOnline: ‘I am like ‘What the hell is going on?’. He said: ‘It is a bit serious… I have had an affair.

‘I said to him ‘Mate, I haven’t got a clue who you are’. All I had on my driver’s receipt was the name ‘Dominic’.’

Nine days on, the actor still hadn’t paid the £125 cost of delivery, despite repeated phone calls and text messages. 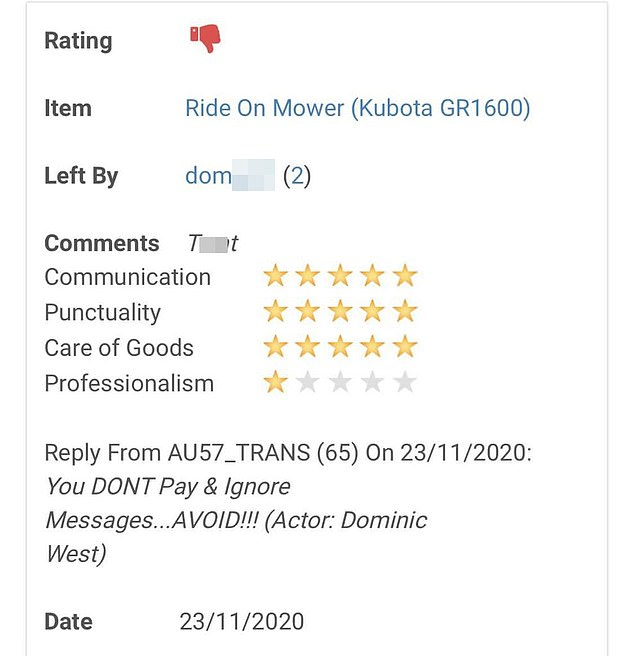 Although West gave the driver five stars for communication and punctuality – he gave him just one star for ‘professionalism’ (above). He also posted a thumbs down emoji for Mr Vessey and added the word: ‘t**t 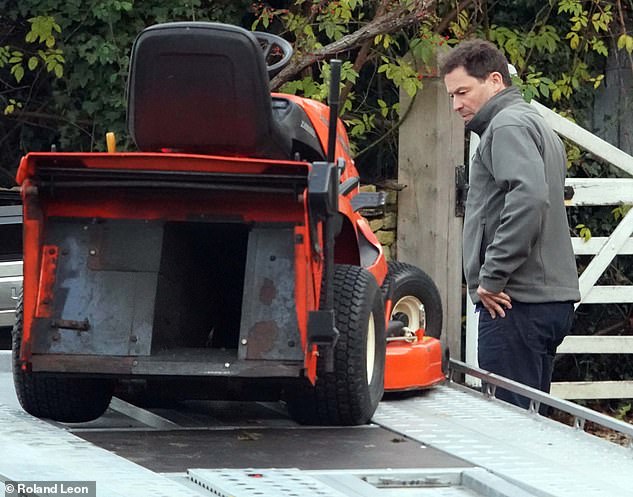 Mr Vessey  from Scunthorpe, had travelled 240 miles from Lincolnshire to Wiltshire to drop off the actor’s sit-on lawnmower which the actor had bought on eBay for £3,650 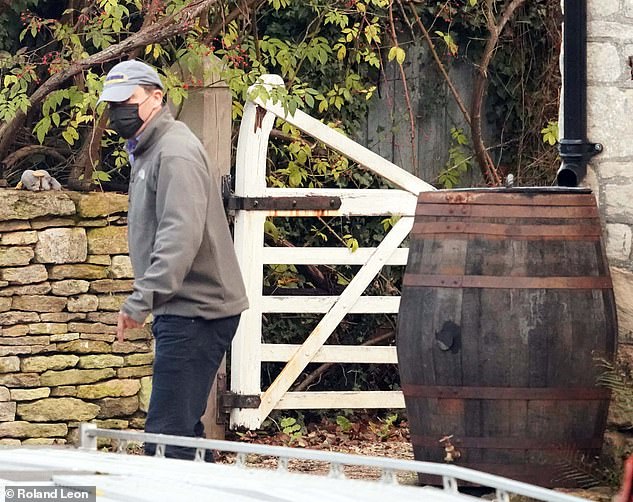 Nine days on, the actor Mr Vessey still hadn’t paid the £125 cost of delivery, despite repeated phone calls and text messages. He was finally paid on Friday after the row was reported 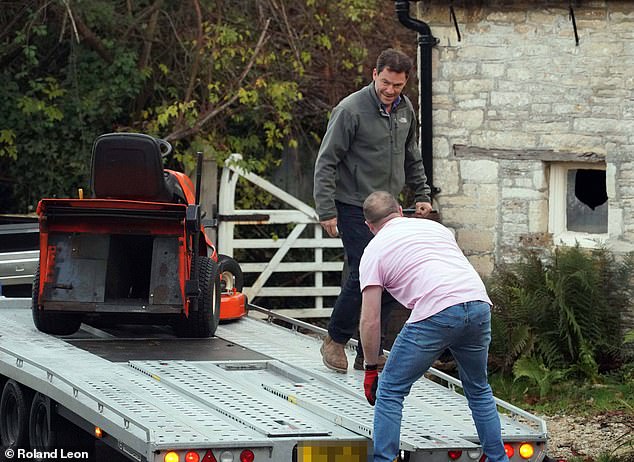 ‘I very much doubt Dominic West is struggling for a couple of hundred quid,’ the driver told MailOnline.

But the actor paid the £125 on Friday afternoon to Mr Vessey by bank transfer after Mail Online reported the dispute.

Mr Vessey, who started his one-man business in March just as the pandemic kicked in, said his terms are always payment on delivery and this was listed on the invoice to have given the actor when he delivered the mower.

He added today: ‘I’m glad that he’s paid it. That was good of him.

‘But I am not the one who is out of order here. If he hadn’t taken nine days to pay my bill, this situation would never have arisen.

‘It should’ve been paid on delivery as that was the terms of the invoice I gave him.’

West and his wife Catherine Fitzgerald, who have four children, have presented a united front since the pictures of his time with Lily emerged.

But Mr Vessey described West as ‘jumpy’ who apologised for all the attention as the mower was unloaded, before disappearing at one stage to put on a hat and a mask.

The driver, a father-of-two, was hired to drive up to Barrow-on-Humber to pick the used Kubota mower on Tuesday last week.

‘I loaded the mower and made my way down to Wiltshire. When I got there, I saw a load of cameras everywhere outside. 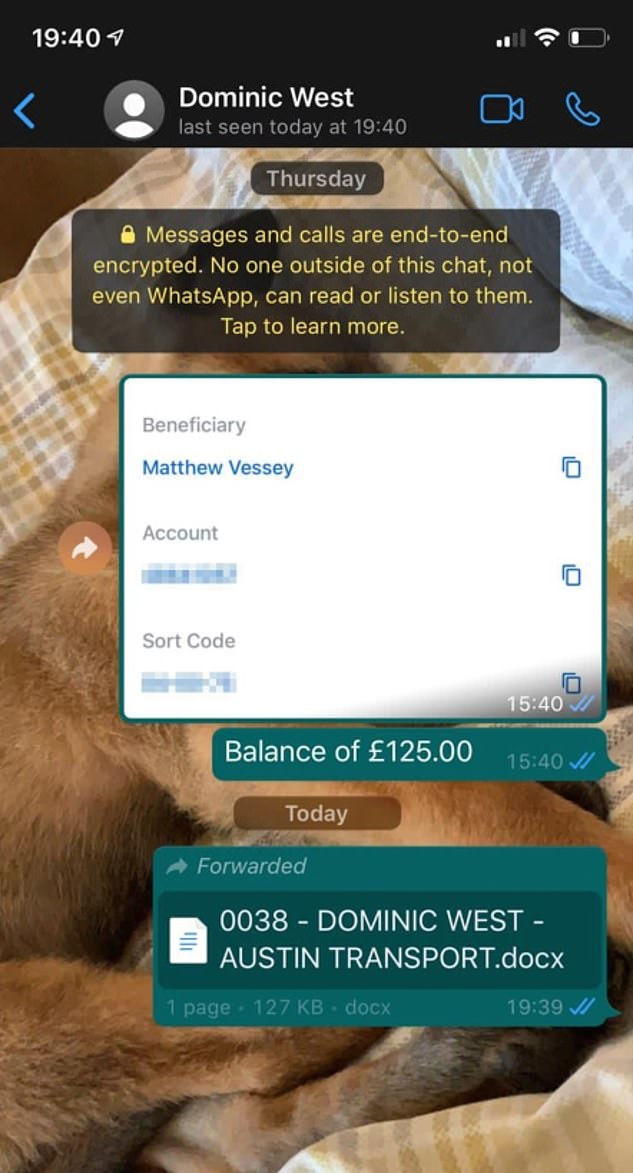 Despite an  agreement to pay on delivery, Mr Vessey and West agreed to settle the bill for the lawnmower delivery remotely. The driver asked the star to settle his bill on Whatsapp (above)

‘I Googled him and realised who he was. If he had said he’d been in the Spartan film ‘300’ or was a voice in ‘Finding Dory’, I might have realised.’

How to register for Covid-19 vaccination in Nigeria