President Donald Trump lashed out at Dr. Anthony Fauci at his North Carolina rally Thursday as the crowd booed.

The president called Fauci a ‘friend’ and a ‘nice guy’ before making up quotes that the doctor said, such as ‘do not wear a mask under any circumstances.’

President Donald Trump lashed out at Dr. Anthony Fauci during his Thursday’s rally in Greenville, North Carolina. Trump suggested Fauci was a ‘Democrat’ and a friend of Democratic New York Gov. Andrew Cuomo 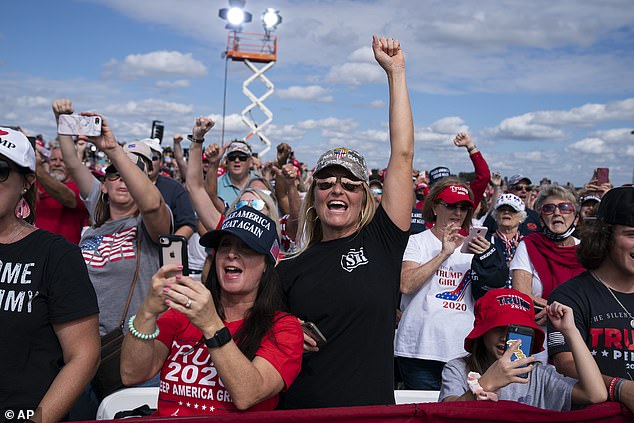 The president also boasted about the number of mask-wearing supporters at his North Carolina rally, however photos and accounts from the ground show that mask-wearing was largely sporadic 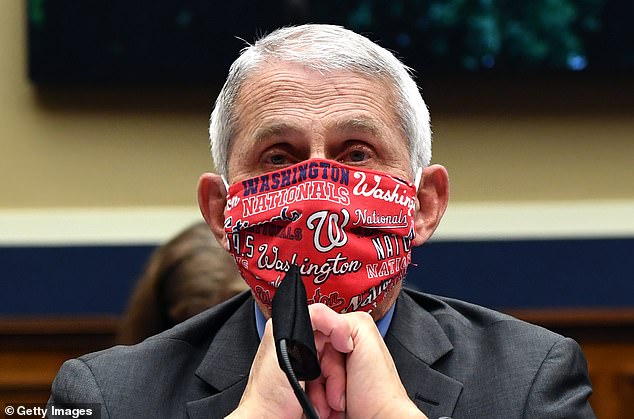 Trump hit Fauci (pictured), claiming he said ‘do not wear a mask under any circumstances.’ Fauci warned of a PPE shortage in the early weeks of the pandemic, but never signaled mask-wearing was bad

Early in the pandemic, Fauci had urged Americans to reserve masks for healthcare professionals fearing that there could be a personal protective equipment shortage.

‘It’s not providing the perfect protection that people think that it is. And, often, there are unintended consequences – people keep fiddling with the mask and they keep touching their face,’ Fauci also said.

More recently, Trump has parroted a version of that line when asked about his resistance to mask-wearing.

Fauci, along with the Centers for Disease Control and Prevention, has since recommended Americans wear masks, now that there’s evidence of coronavirus spread due to people unaware they’re infected.

The president continued to complain that he’s taken heat for hosting large rallies without social distancing where many of his supporters do not wear masks.

‘And look at all the masks,’ Trump told his Greenville, North Carolina audience Thursday. ‘They keep saying nobody wears masks.’

Reporters on the ground and photographs show only sporadic mask-wearing.

Trump, who contracted coronavirus earlier this month, continued to blame Democratic governors for the pandemic’s most negatives results.

‘Cuomo did the worst job of any governor in the United States,’ Trump told the crowd.

The administration, on the other hand, should be applauded.

Freddie Gibbs, Big Sean, And Hit-Boy’s ‘4 Thangs’ Is A Boastful…