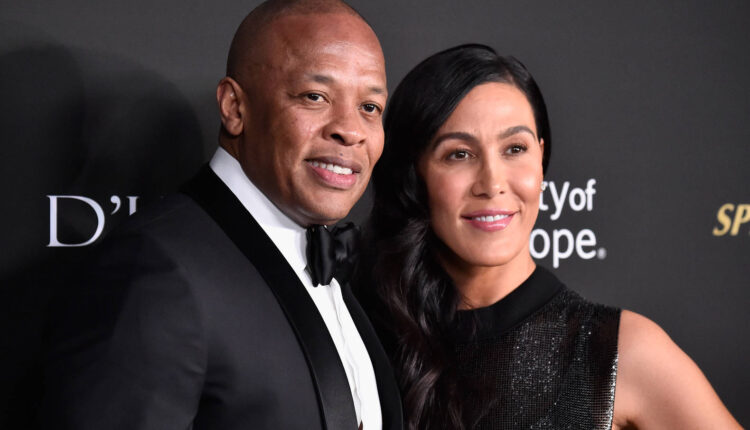 Dr. Dre’s estranged wife, Nicole Young, is claiming that Dre is hiding assets from her.

Dr. Dre’s estranged wife, Nicole Young, has filed a lawsuit alleging that Dre has hid assets from her.

The suit claims that, after a disagreement on April 2, Dre “secretly” transferred his “Dr. Dre” and “The Chronic” trademarks to a “new entity” on April 27. This move denied Young “equal ownership.”

“How could someone treat his partner and spouse of 24 years, who helped transform him into a legitimate and respected business person as well as the devoted and hardworking mother of his three children with such indifference and misogyny, in disregard of her legal rights?” the 10-page complaint obtained the New York Daily News reads. “These valuable trademarks were filed during Andre’s marriage to Nicole, which coincided with Andre’s years of rising success in the music industry.”

“It’s the act of a desperate woman who finally realized that the iron-clad prenup she signed doesn’t win her the lottery,” an insider told TMZ. “In their 26 years together, there has never been any hint or claim of threatened or actual physical violence and the insinuation is an insult to actual victims of domestic abuse.”

Following 25 years of marriage, the couple split earlier this year, resulting in a highly publicized separation. Dre and Young married on May 25, 1996, and have two children together; however, by the time of the separation, the kids are now adults, thus preventing a further legal dilemma.