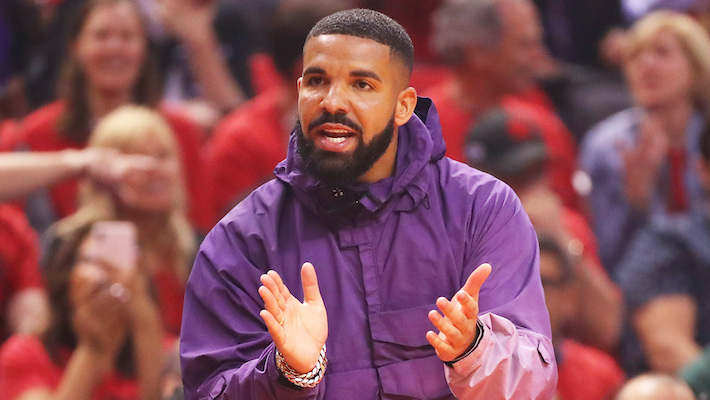 Fans hoped that Drake would deliver his sixth album, Certified Lover Boy by the end of the year, but last month the Toronto native revealed in a promo video that they would have to wait until January 2021. But he won’t end the year without any new content. On Saturday, the rapper shared a brief promo video to Twitter on Saturday that teased his upcoming collaboration with Nike. It also confirmed that the collab will arrive on December 18.

Back in August, Drake shared a preview of to expect from the Nike collaboration. In a post to his Instagram story, the rapper shared an image of a white Nike baseball hat with a lipstick stain on the brim, plus Nike Air socks with a red heart around the brand’s iconic swoosh logo. Before that, he tried to secure a trademark for Certified Lover Boy, but he ran into some issues, one being the 1980s band Loverboy, best known for their hit “Working For The Weekend.”

In other news, Drake also said he believes Certified Lover Boy will receive some hate when it arrives. He made the comment after a fan told him “views be hittin different” in the comment section of an Instagram Live session Drake held with his dad. The rapper responded, saying, “they hated on views just like they will CLB but it’s music to evolve to.”

Terrifying underground bunker where boy, seven, was held for 52 days