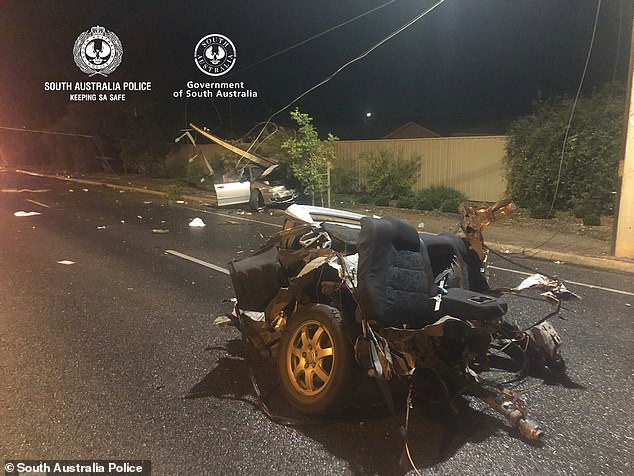 A driver has split his car in two after slamming into three power poles in a horrific crash in South Australia.

Emergency services were called to Oaklands Road at Glengowrie at 11pm on Tuesday after a Mitsubishi Magna sedan smashed into three concrete and steel poles.

The impact split the car into two pieces and blasted the fuel tank out of the vehicle, causing a major power outage in the area.

The 21-year-old driver from Darlington was the sole occupant of the car and suffered non-life threatening injuries. 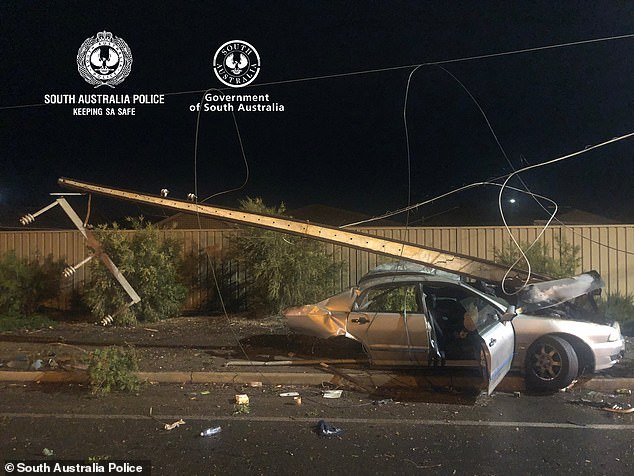 He was taken by ambulance to Flinders Medical Centre for treatment.

Police are investigating what caused the crash, which could lead to the driver being charged with serious driving offences.

‘SA Power Network is currently on the scene and expects the power to be back on in the area about 8.15am this morning,’ South Australia police said.

Police uploaded pictures of the mangled car wreck on social media, leaving commentators shocked that the driver managed to survive the crash.

‘Wow he’s so lucky to be alive,’ one comment reads.

‘Non-life threatening! How?’ another wrote. The crashed left debris over the street, while the driver was taken to Flinders Medical Centre for treatment to non-life threatening injuries