It might be time to dump the hair dye – if you can find a way to chill out, a new study has suggested.

Researchers from Columbia University’s Vagelos College of Physicians and Surgeons published the study in the journal eLife on Tuesday that found significant results showing stress causes gray hair – and that reducing stress can even reverse it.

The team of researchers made their findings by analyzing the graying hairs of 14 volunteers, seven men and seven women, in comparison to stress assessments made by each participant.

The researchers found that hair color corresponded to periods of stress by examining hair growth like tree rings. 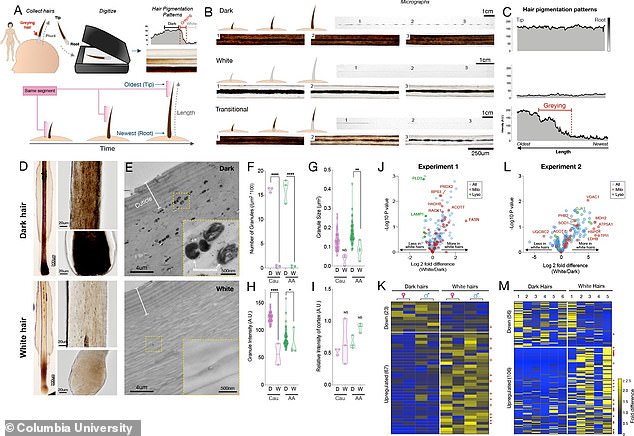 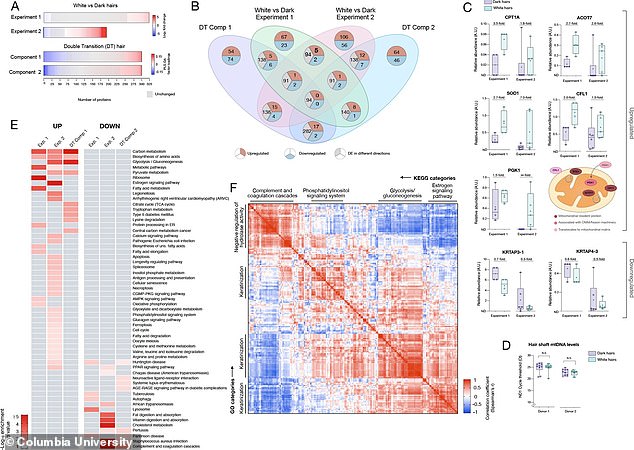 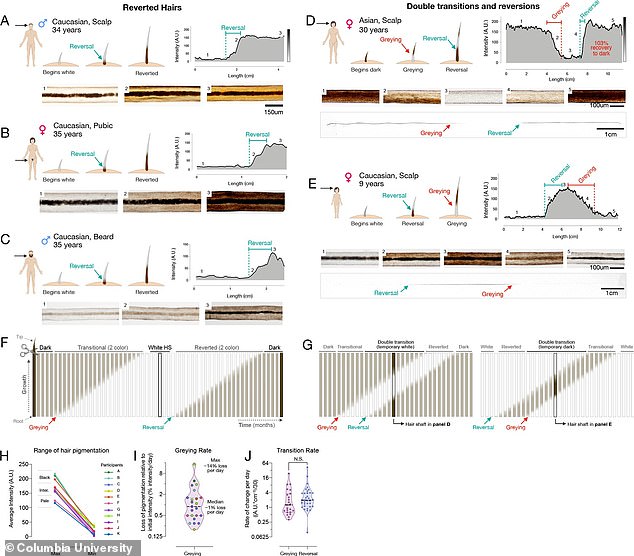 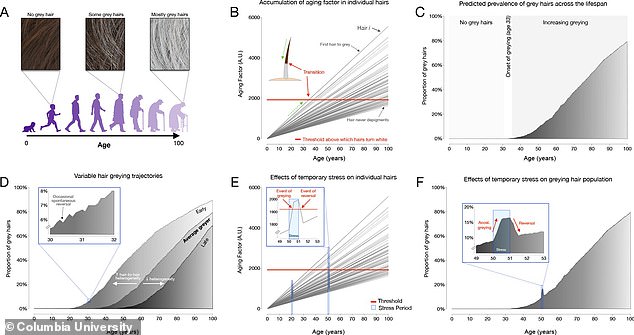 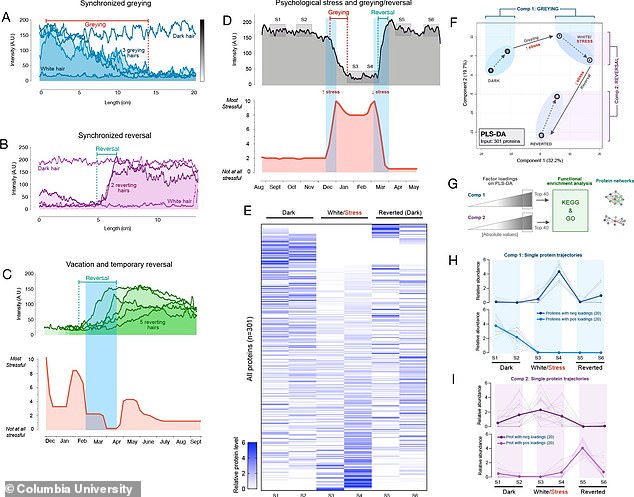 Charts and graphs from the study show the researchers results

The scientists marked portions of hair by the hour of their growth and were able to match those periods with less color to times of high stress reported by the volunteers in their stress assessments, according to the study.

The scientists noted that the concept also worked in reverse: with graying hairs growing darker again during periods of relaxation.

According to the study, researchers found ‘a new way to digitize and measure small changes in color along single human hairs’ after whole hairs were first photographed using a Panasonic DC-FZ80 Digital Camera against a white background.

‘This method revealed that some white hairs naturally regain their color, something that had not been reported in a cohort of healthy individuals before,’ the study reads.

The researchers noted that before the study, their literature review showed that research in mice suggests stress may speed up graying hair.

However, there had been no definitive research on the effects of stress on graying hair in humans because there were no ‘research tools to precisely map stress and hair color over time’ until the new method was developed.

Dr. Martin Picard, an associate professor of behavioral medicine, said in a press release that: ‘There was one individual who went on vacation, and five hairs on that person’s head reverted back to dark during the vacation, synchronized in time.’

The study authors noted that the recoloring of hair was only possible in certain age demographics and that hair that has already grown out cannot change color.

‘Based on our mathematical modeling, we think hair needs to reach a threshold before it turns gray,’ Picard said.

‘In middle age, when the hair is near that threshold because of biological age and other factors, stress will push it over the threshold and it transitions to gray.’

The study concluded that the research could further help reveal new information about ‘the malleability of human aging more generally.’