Elections or not, Black Brooklyn loses without Caribbean unity 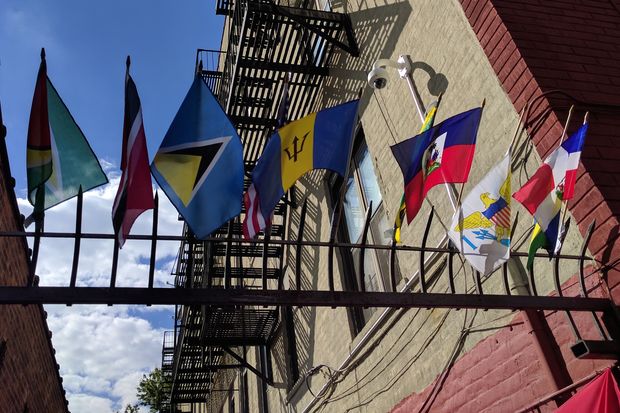 By Garry Pierre-Pierre | The Conversation

When I was in High school, long before there were Haitian nightclubs, most of us Haitians partied at Caribbean spots. I remember rub-a-dubbing to Yellowman and whining to the Mighty Sparrow. We would party in Brooklyn until 5 in the morning and often make a pit stop at Cabana Rodriguez, a restaurant where my friends and I ordered sancocho to blunt the effect of the hangover that we knew would come the next day.

These were fun times and I remember that the competition centered around whether the Haitians would win the heart of the pretty young ladies at the club over our Jamaican and Guyanese counterparts. It was all fun, as we would later meet those same lads on the soccer pitch during summer tournaments.

In college, I abandoned these outings to concentrate on my studies and work for my  tuition and living expenses, as my mother toiled in a low-paying job, unable to afford these costs.

Over time, as the Caribbean and Haitian communities continued to live side by side, inter-marriages became the norm. Plus, we all became black Americans as each generation lost its accent and began to talk back to the man.

Sadly, in the last few years, a rift has been growing ever wider between Caribbean and Haitian leaders jockeying for power largely in central Brooklyn, a euphemism for black Brooklyn. At first, I thought it was as harmless as those competitions of yesteryear to catch a pretty lady’s heart at the club.

It isn’t. The rift was in full display during this last campaign season, as attacks against each other were hurled from both sides. For instance, during the Haitian Times forum to meet the candidates vying to represent Brooklyn’s 45th City Council district, the candidates didn’t mince words about Haitians taking over and their failure to deliver on their promises. Those are fair points, but the venom with which they were hurled surprised me.

Now that the elections are over, we need a meeting to air out these emotions and come out of it as a unified  community with shared values and interests. The Little Haiti versus Little Caribbean rift must be healed. We don’t have time for such nonsense. We must realize that we have more in common than we have differences. We may have different lilts and variations in how we cook our rice, but we speak each other’s language.

The case for coming together

American democracy is on crutches. Most leaders in the Republican party have lost their marbles and we’re heading in a dangerous path that will be more perilous for us if we don’t focus our attention on what’s happening in America today.

According to demographers, by 2045, white people will become a minority in the United States. White right wingers are making sure that our beloved, adopted country becomes a neo-Apartheid South Africa, where a minority-white population oppressed the black majority.

Gerrymandering laws have been rigged to create districts that guarantee Republicans control of  Congress for generations to come, no matter what their numbers show. The storming of the Capitol on Jan. 6 is a harbinger of what is to come.

Buckle up, my friends, because it’s going to be a wild ride.

It is not to say that we’re going to take this lying down. Grassroots groups across the nation are mobilizing to pressure legislators and organizing voter registration drives and empowering the average American. The mobilization that took place to defeat that horrible last guy needs to stay in place because he was only a symptom of a much bigger issue. It’s still there with us until we eradicate it to make this country a reality of what it inspires to be: Indivisible and justice for all.

In the face of such withering attacks, we must march in lock step, arms on each other’s shoulders as soccer players do when national anthems are played prior to the match.

Brothers and sisters, work it out

It is within this framework that I urge warring elected officials and community leaders, no matter which island they’re from, to convene a meeting to work this all out. The conclave may get viscerally tense and heated, but that’s okay. We need to air out mutual grievances. But at the end of the meeting, we should emerge with a unified voice and ensure that this is a win-win situation and not a zero-sum game.

There is no reason for division among us. As Haitians, we have to bear in mind that we’re the children of Boukman Dutty, a Jamaican slave who escaped to Haiti where he became one of the leaders of our country’s successful independence movement.

If we were able to fight for our common cause more than 200 years ago, why are we fighting for scraps now? In this moment of social justice reckoning, we need to be careful not to fall prey to the old British method of divide and conquer. In that game, we lose and they win.

As I write this column, I’m listening to the late great Bob Marley sing “Africa Unite.” But every time he says Africa, I replace it with Brooklyn Caribbean.