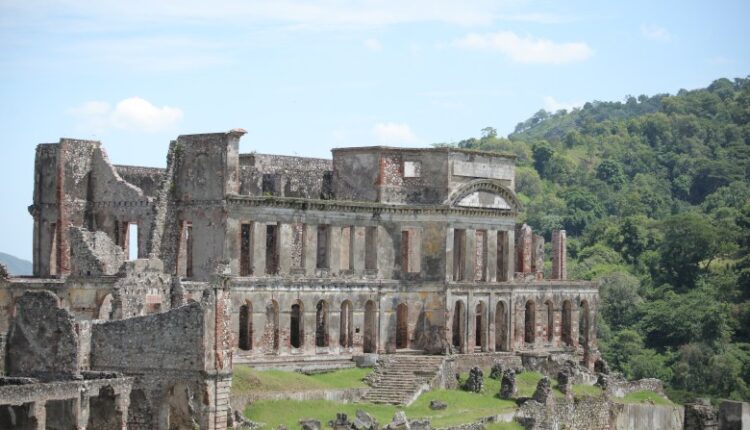 Cap-Haitien, Haiti’s second largest city, is poised to take center stage Friday as the host of President Jovenel Moïse’s state funeral. Long overshadowed by rival Port-au-Prince about 121 miles to the south, Cap-Haitien is nevertheless a wondrous place for the northerners it attracts as a regional hub.

The city — called Okap in Creole or Au Cap in French  — is also renowned internationally for its UNESCO World Heritage sites and because of its proximity to Labadie, the cruise ship port of call island.

Moïse hails from a village about 16 miles east, Trou-du-Nord, and later moved to Port-de-Paix — another coastal northern city — after marrying First Lady Martine Moïse in 1996. Given Moïse’s deep roots in the region, it’s fitting that his family would lay him to rest there. The funeral will be held at a private residence in Village SOS.

Now, as scores of state officials, journalists, proponents and other mourners from around the globe descend on Cap-Haitien for the funeral, they will get a first-hand taste of northerners and Cap-Haitien’s rich history and culture. For those watching from afar, here are 11 things to know about Haiti’s second largest city.

1. First place in Haiti Columbus landed. When explorer Christopher Colombus arrived on the island he would later call Hispaniola on December 5, 1492, he anchored his ships off the northern shoreline now known as Cap-Haitien.

2. Root of the Haitian Revolution. Founded officially in 1711, Cap-Haitien occupies a significant place in the lore of the Haitian Revolution. It was in Bois Caïman, near Cap, after all, that the slaves had the first major meeting that launched the successful battles against the French. In 1803, after the physical battles ended and the government power struggles began, Revolution leader Henri Christophe declared the north separate from the south of Haiti and proclaimed himself King Henri. While operating from the city as his base, Christophe had the Palais Sans-Souci built as well as eight other palaces and six châteaux.

4. A launchpad to historical sites. Cap-Haitien has the highest concentration of historical monuments and sites surrounding it than any other Haitian city. Vertières, the site of the last battle of the Haitian Revolution, is about two miles from Cap-Haitien.

Citadelle Laferrière, home of King Henri, is in a nearby commune, Milot. Bois Caïman, where slaves held the first major conclave and Vodou ceremony that launched the Haitian Revolution, is about six miles west.

5. Pillar of the north. For generations, residents of surrounding villages and towns all around the north make the customary trek to Cap-Haitien for school, jobs or business, or medical treatment. Some top schools include School of the Brothers of Christian Instruction and Cluny School of Saint Joseph’s Anne-Marie Javoue Sisters. Cap-Haitien’s main hospital is Hôpital Universitaire Justinien.

6. Home of fried street foods. Walking along the city, it isn’t uncommon to come across street vendor after street vendor selling fried foods, a popular small business in the northern city. Street vendors sell griot, fried plantains, fried chicken, akra, egg patties and other fried food. Whether you’re in the mood for a snack or a meal, you’ll find a Cap-Haitien food vendor to serve it up.

7. Top spot for ‘fanfare.’ Over the years, Cap-Haitien has earned the reputation of holding the most entertaining Flag Day parades, called fanfare. Its many talented high school “fanfare” bands are often the talk of the town.

The sound of trumpets and drums often rings out of multiple schools in the afternoon hours as students rehearse. Two schools that have been recognized as having the best fanfare are Notre Dame High School and North Practice High School.

11. Finest beach in Haiti. Cap-Haitien has “one of the most well known beach resorts in the world,” Labadie, according to 9 Beaches. The beach is leased to Royal Caribbean Group.