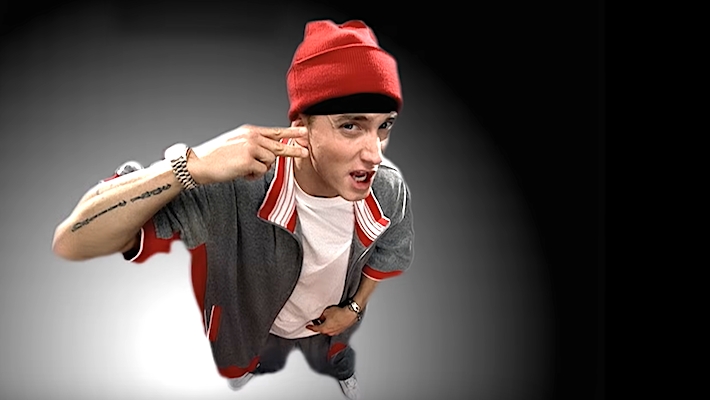 This year marked the 20th anniversary of Eminem’s influential album The Marshall Mathers LP. To celebrate two decades of the record, Eminem re-released his videos “The Real Slim Shady,” “The Way I Am,” and “Stan” on in HD on YouTube. But now, Eminem is saluting another major milestone: The rapper’s “Without Me” video has officially surpassed one billion views on YouTube.

Celebrating the impressive feat, the rapper has also given his 2002 “Without Me” video an HD treatment so that fans can get the full experience. The visual has everything — from Eminem cross-dressing on a faux talk show to the rapper dancing on Elvis Presley’s turd — and showcases the heyday of MTV-era videos. Antics aside, the visual’s general plot follows Eminem and Dre. Dre as the two MC’s are called on a mission to stop a young child from listening to the rapper’s explicit record.

While the video just now broke a billion views, the rapper’s The Eminem Show had already garnered a handful of accolades. At the time of its release, The Eminem Show was the best-selling album of 2002 and has since been certified Diamond. The album has seen worldwide sales of 27 million copies, according to NME, which is tied with Norah Jones’ Come Away With Me as the second best-selling album of the century, behind Adele’s 21.

Watch Eminem’s “Without Me” video in HD above.